DuncanHorse on the Run, with Mad

Things are starting to pick up in DuncanHorse World.  But first, a random bit of goodness: 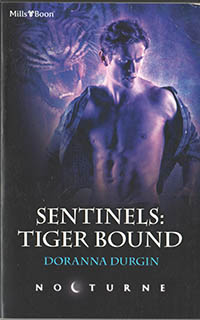 It’s an overseas version of Tiger Bound!  How cool is that?  I’m supposed to get copies of all international versions and I usually do (I have a small batch of foreign language books here that I admire every now and then), but this set came pretty promptly on the heels of the US version.  Neat!

Ahem.  So back to the big white pony, who is still dealing with flares from his severe reaction to the spring shots (which he’ll likely never get again, aside from tetanus).  A week or so ago I ordered him some $$$TransferFactor$$$, since my consulting vet has seen it work wonders for situations like his.  I wouldn’t know yet…they don’t seem to be in any great hurry to send it.

HURRY UP, PEOPLE!  Duncan and I are waiting.

Consulting Vet is ConneryBeagle’s chiropractic vet, and we’ve had some helpful casual conversations about Duncan’s situation over the summer.  I decided to make it official so I could really grill her (without friend-guilt!), so here we are.

Last week Consulting Vet also came by to poke around his furry white sides, chat about his diet, and ponder how to best manage the ongoing symptoms.  Duncan was sleepy in the sun in his early winter coat, and so willingly gave blood, schmoozed, and let himself be admired.

The blood work is just to eliminate certain concerns, after which we’re likely to do what I’ve been doing all summer–daily reality checks for the three subtle signs that he’s at the front edge of a flare, and tossing dexamethasone at him if I find anything.  It only seems to occur every couple of weeks–the heat seems to be a problem, so maybe winter will help, too–and at those doses, the steroids aren’t a big issue (barring ugly results on the blood work–I hope to know something this week).

Meanwhile, we’ve had some brisk mornings, and he does seem to be feeling a little better, yes he does.  But if a picture is worth a thousand words, a video…even better! Although I’m just now realizing that all the captions I put in the dark area in the video editor do not show up in the YouTube conversion. Oh, for pete’s sake..

(Don’t you wish you had that kind of energy?)

My books are SF/F, mystery, paranormal romance, and romantic suspense. My dogs are Beagles, my home is the Southwest, and the horse wants a cookie!
View all posts by Doranna →
This entry was posted in DuncanHorse, Video, Writing and tagged Duncan, horses, lipizzan, Nocturne, Sentinels, Writing. Bookmark the permalink.

10 Responses to DuncanHorse on the Run, with Mad