Every once in a while I do guest and/or interview blogs elsewhere.  On the theory that not everyone here is there (and the other way around), I tend to post such things at Wordplay, too.  Hope it gives you grins!

(This particular interview first posted at Writers & Other Animals.)

Tell us a little about your background…

Oh, it’s complicated.  Start with one animal lover, determined to become a vet.  Life happens.  End up in Environmental Education, and then in a stunningly remote area of the Appalachian mountains.  Hand-built log cabin, a hundred acres…dogs, wood stove, and endless tromps in the woods together.  Enough people to generate lost and dumped dogs, not enough to have a shelter, so UPS would drop dogs off at our place for rescue.  And with the vet hours away, I found myself dealing with mange, broken bones, snakebite, varmint damage…even gunshot.

It’s also where I developed my love for hounds.  8)

I eventually shifted to Southwest mountains and turned my trail riding into Lipizzan dressage and the dog activities to competition sports, but really those early days are the core of what informs my writing.  Mountains, wilderness, dogs, horses, and a  side of smarty-pants.

The writing…that started when I was twelve and never stopped.  By the time I sold Dun Lady’s Jess, I’d been writing a book or two a year for quite a while.  By hand.  (I love my laptop!)

Tell us a bit about your latest book…?

The Dale & Sully mysteries are like most of my books--they color a bit outside the genre lines, and they’re as much about Dale and Sully and Laura as they are about the mystery.  The series started out as one of those Dreaded Publishing Stories–Big Name Publisher gave Editor the Stamp of Approval to develop the series, and then forgot about it.   Which in a way is fine, because it meant I could go ahead and color outside those lines.

Anyway, Scent of Danger is a recent release, and I’m really excited about it!  “A hunky veterinarian, his irrepressible beagle pal, and a quiet Navajo colleague who keeps him guessing about her heart…what could be more fun?”
Are any of the characters based on real animals or people?

I don’t tend to do that, except… when I do.   Which is to say that like for most writers, certain people or animals might serve as the inspiration for a character, but once the character is conceived, all bets are off.  In fantasy  A Feral Darkness, Druid was an amalgam of two of my Cardigan Corgis–one sweet boy who was functionally autistic due to brain injury at birth, and one who had a panic syndrome.  What, I thought, if there was a mystical reason behind those behaviors?  But I would still never say that Druid was based on these dogs…only inspired by them.

The irony about the Dale Kinsall & Sully Beagle mysteries is that I conceived the books before I ever had a Beagle.  Now I have three…
What are you working on now and what are your future writing plans?

I generally have a lot of irons in the fire.  I’m working on a Nocturne paranormal proposal  with my own brand of werewolf, as well as the third book in the Reckoners trilogy (paranormal).  I’m plotting out book three for Dale & Sully.  And I’m getting ready to start first draft on the next Nocturne under contract (shapeshifters!).

Actually, since I had to do a big red tape paperwork job this week, I’m also desperately trying to get my web site and blog details up to date.  I’m pretty good with it–all the big pieces are where they should be–but there are always little housekeeping tasks that creep up.  And I’m trying to get a running rafflecopter giveaway in play at the  blog, since those seem pretty fun. There should be one there now, I hope.

Tell us about your pets, or other animals that inspire you.

My guys do more than inspire me; they keep me grounded.  Along with training the dogs I also bike with them, and at his age Duncan is more about easy trail rides mixed with foundation dressage than hard training.

Connery is my oldest Beagle and is the second most titled breed champion Beagle in the States, as well as the first to reach both MACH3 with a VCD1 (titles in obedience, tracking, and agility).  Dart is in the most exciting part of his various trialing journeys–on his way toward advanced titles in agility, rally, obedience and tracking.  Rena Beagle is fostering and has earned some titles along the way while I unravel her health tangles. I blog about them all constantly! 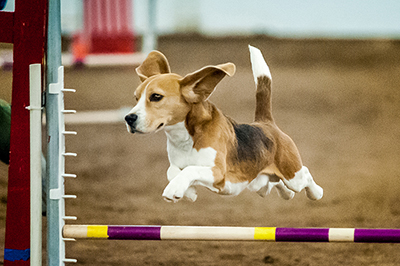 What advice do you have to offer to an aspiring author?

Short and sweet:  It used to be “persistence.”  Now it’s “Know what you REALLY want and make the choices that will reach that goal.  Don’t make assumptions, and don’t sneer at those who make different choices (unless they’ve made assumptions as a big part of doing so.  Then be my guest).” 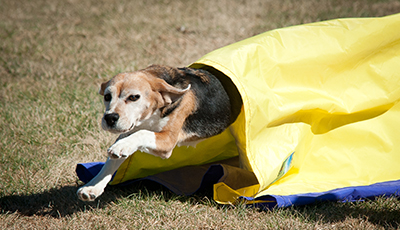 My books are SF/F, mystery, paranormal romance, and romantic suspense. My dogs are Beagles, my home is the Southwest, and the horse wants a cookie!
View all posts by Doranna →
This entry was posted in Behind the Scenes, Writing and tagged dogs, shapeshifters, Writing. Bookmark the permalink.

2 Responses to The Me Song