As a warm-up, here’s the actual Gilligan’s Island song.

Just sit right back and you’ll hear a tale,
a tale of a crazy trip
that started from Jack’s Creek trail head
With a load of salt for sheep. 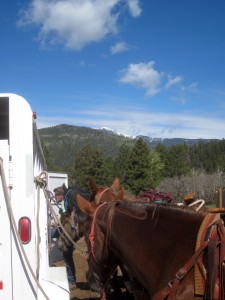 The prez was a mighty packin’ man,
His mules were brave and sure.
The riders, they set out that day
for a salty tour,
For the salty tour. 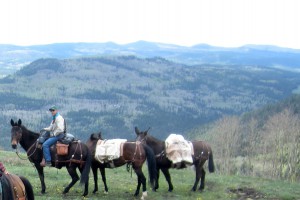 Ok, so the Prez’s middle animal is a horse, but that did not fit the rhythm! 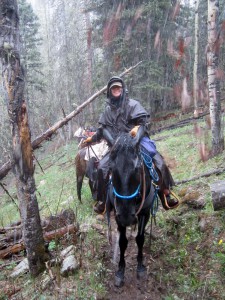 Me, on the mustang Carson, with Lacey packing salt. Muddier and muddier.

The trail was blocked by 60 trees.
We went over and around.
With Cometa,
And Jim aboard,
Richard K. and his mules.
The Builder Guy,
The mustang and the reined cow horse,
Here on trail Twenty-Five. 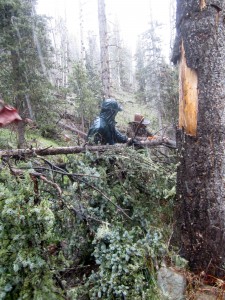 Richard (BCH Pecos Chapter President)  and Peter (the Builder Guy) clearing. We only cut trees we could not get around. Our other crew cleared about 1/2 of the way to Beatty’s cabin–it was the last half that had the 60 down logs–each way. 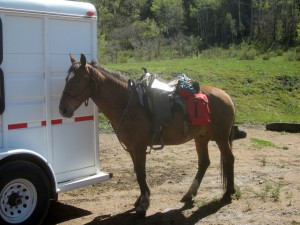 Jim took all the pics, but here is Cometa to start the day. 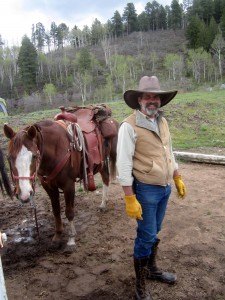 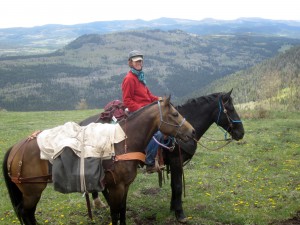 Me on Carson, a Jicarilla Mustang, and Lacey, who actually is not yet a reined cow horse. Still working on that! She can sure enough haul salt though, as well as jump down trees.

We made it to 10,000 feet.
The salt was out and stored.
Our fingers, they were cold and wet
Re-manyting was a chore! 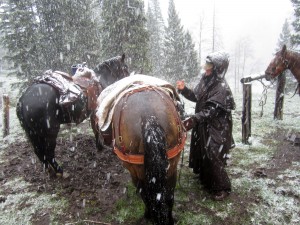 That was WET snow. 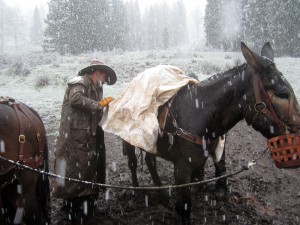 Most of these are unloading not re-mantying pics, but hey! 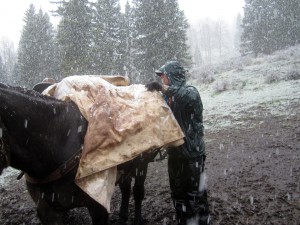 Richard with a manty.

No heat, no lights, no warm coffee,
But lots of dripping trees.
Like riding through another storm
Though the sky it was rain free. 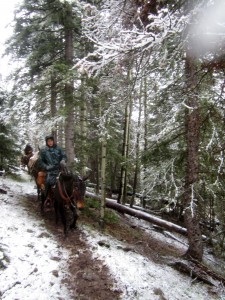 We made it back with no issues
Our rain gear did its job!
We liked our day for sure ’cause we’re
not couch potato blobs! 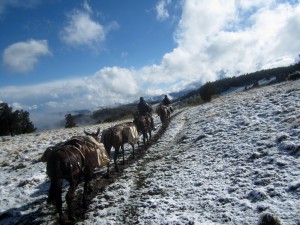 8 Responses to “Gilligan’s Island (in the Pecos)”