It was LT’s last chance to act like she was having fun at a horse show, and by golly, she did not let me down.  She even took a little nap between classes (while standing with me and some other horses, not alone at the trailer, but still.)

I dosed her gut up on Gastrix, Pharm Aloe pellets, and Succeed and she seemed to feel fine until about midday and then I gave her some Aloe Gut gel (and bought six more for the future from Bobby and Becky) to help her through the rest of the day. It worked.

Brag paragraph below, skip as needed.

She won All Breed boxing with a personal best score, working cow horse, and was 2nd and 3rd in cutting with me. She won all breed working ranch horse (a buckskin rules cow horse class) with Heidi. We got a 2nd and a 4th in a class of 17 in ranch riding.  Trail, well, you know, not her favorite, but we entered the Appaloosa trail (skipping all breed trail) and despite some interesting gate maneuvers (right hand push was the best way to work it, but she said “no” to pushing and I was forced to pull and then ease around) she got a national point. She ended up high point Open All Breed Ranch Horse and reserve Open Appaloosa Ranch Horse.

I think she earned some more shows. 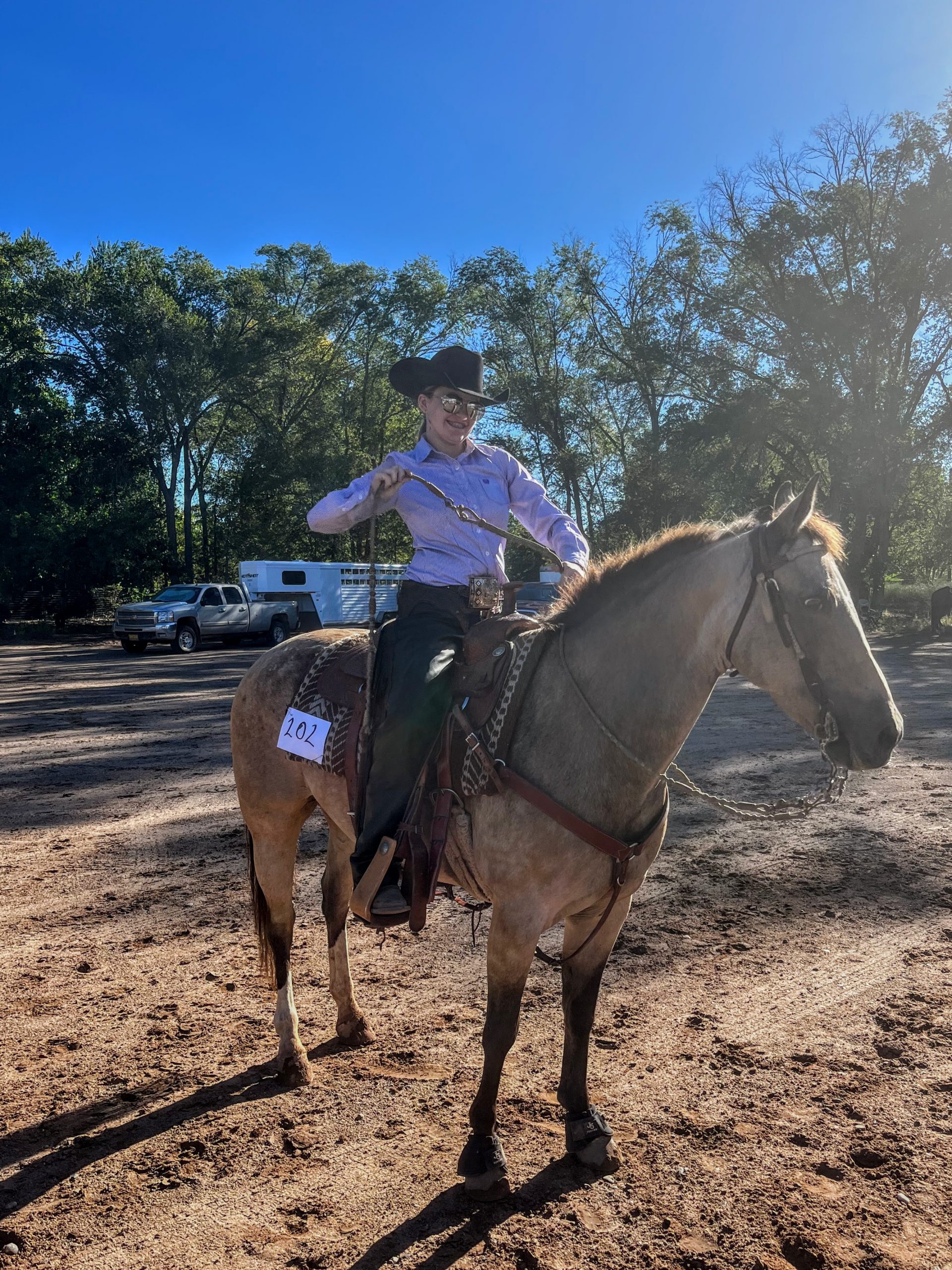 Heidi and LT. Maybe not the best pic of LT, but at least Derek took some pictures.  I took none! 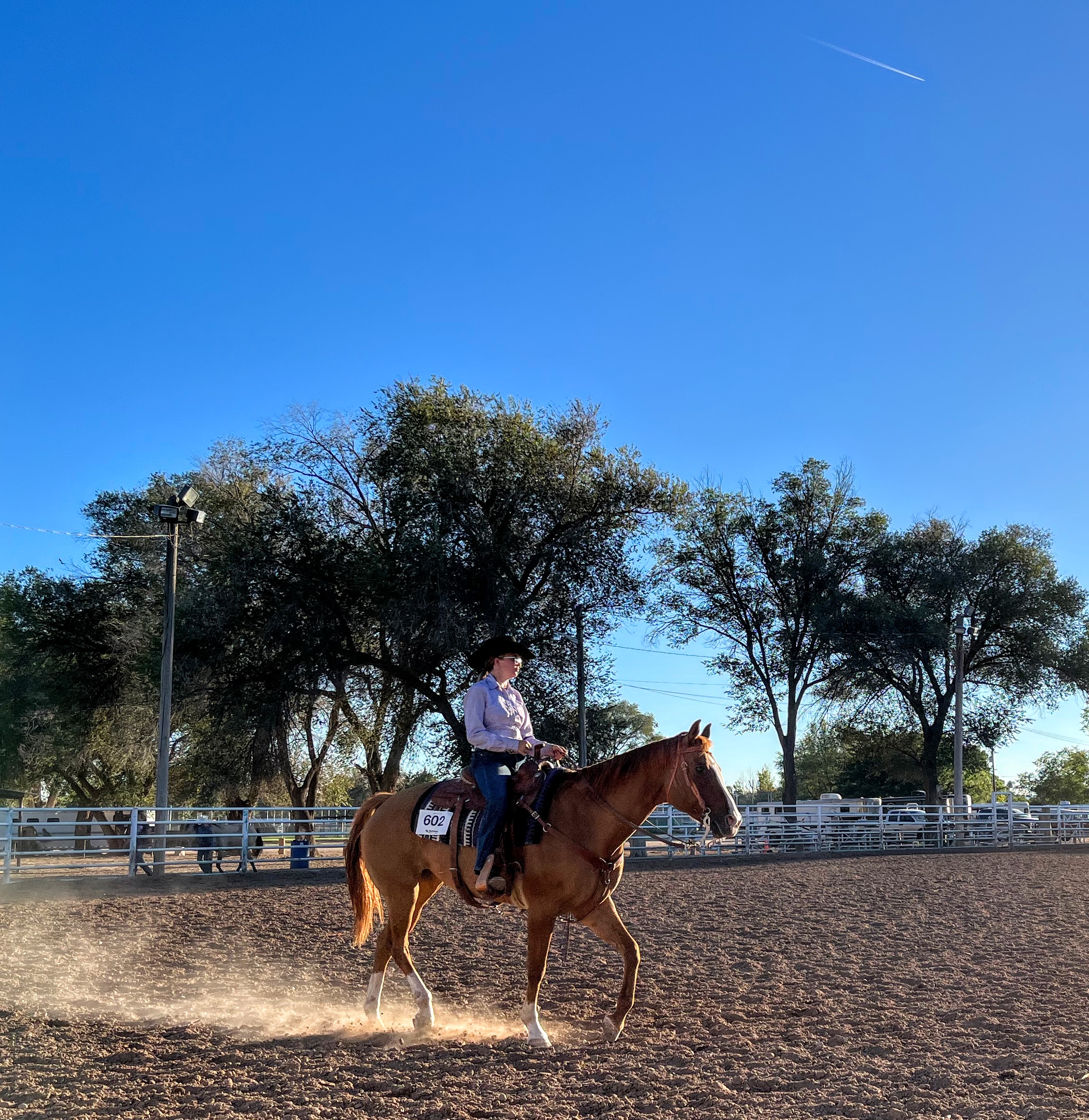 Heidi and Penny. Photo by Derek.

Next up: LT and Heidi are going to a Working Ranch Cowboys Association event in November.  Lucy was in line for that honor, but she is still on rehab for her strained suspensory ligament. Her left front lameness, which was (thankfully) always very slight, is undetectable at this point, but Dr. Dralle is keeping her on a walking-only riding program for a good six to eight more weeks.

Lucy’s last shock wave treatment was Wednesday.  She has a new shoe job, too.  Her left front has a shoe to help her break-over for the ligament issue and her right one will be upgrading to a square-toed type to help her club foot.  Both in aluminum, which I prefer anyway.

And Lucy is getting Tough1 Refresh Ceramic Infused Quick Wraps rehab boots that should increase circulation to her legs–I got the Tough-One variety instead of the Lux or Back on Track models based on price and reviews. They all seem to do the same thing…

I also ordered the Tough 1 Magnetic Crown Piece for LT–supposedly it could help her relax–and it was only ten bucks. I had a laugh at myself when I bought that because Dr. Dralle and I were joking about horse people being giant suckers and throwing money at products that CLAIM (often without any real evidence) to do thus and such for one’s horse.

Did I bother to research that crown piece at all?  Well, no. (But it was only ten bucks!)

So, for the blog, I started looking.

Horse and Hound (2008, archives) had anecdotal evidence that the crown pieces worked. And in 2016, there was this from Paranby’s Saddlery Facebook page

BARNSBY’S RESEARCH INDICATES THE FTS MAGNETIC CROWNPIECE BENEFITS EXCITABLE OR NERVOUS HORSES, WHICH SEEM CALMER WHEN RIDDEN IN THE MAGNETIC BRIDLE. IN OLDER HORSES THE GENTLE MASSAGE PROVIDED BY THE CROWNPIECE APPEARS TO HELP LOOSEN TOP LINE MUSCLES, FACILITATING FREEDOM OF MOVEMENT AND ENCOURAGING THE HORSE TO RELAX AND WORK ‘LONG AND LOW’.

So, who knows. The crown piece is back ordered, but eventually I will report back on how LT liked it!

A magnetic aside: Magnetic blankets do not increase blood flood and temperature changes were the same as for non-magnetic blankets. Edner, et al. 2015. Equine Vet Journal 47(3):302-307

(The ceramic infused quick wraps were, however, recommended by the vet, just saying.)

As for me, the medical port is installed.  It is not my best friend yet, and no one warned me that I was to to avoid vigorous activity for a week.  They said I could go right back to work.  Do they know what kind of work I do?  NOT.  But, it is a pretty cool device and is completely under the skin. Here is a blog by someone else on that. Chemo starts next Thursday.  I am hearing a lot of great reports from folks for whom chemo made them a bit tired but they were able to carry on quite well, so count me in for carrying on!

I am off to the Pecos with LT and some friends for a pre-chemo mountain fix today, probably to Beatty’s Cabin.  I might even take pictures!

Here's the skinny: I have a thing for horses. They make sense to me. I have a small horse training business (it's a "boutique" training business, not because it's super fancy, but because the horses get a lot of personal attention). I also go by Dr. Wilber, and teach biology full-time at a Central New Mexico Community college.
View all posts by BlogPatty →
This entry was posted in The Write Horse. Bookmark the permalink.