Heidi and Penny at the 4H Santa Fe County Fair!

Heidi, for the first time, decided to enter Penny in every horse class at the Santa Fe County 4H show!  This meant her first time at Showmanship at Halter and her first time going English! 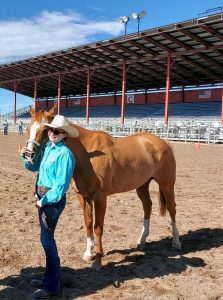 Getting ready for Showmanship at Halter.

In Showmanship at Halter, the handler works a pattern with the horse.  Penny last did this class about 9 years ago with Sydney.

Next came Hunter Under Saddle, English Equitation and Discipline Rail.  Penny likes English. Heidi, not so much. 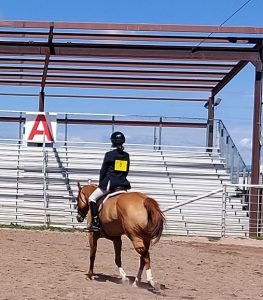 English Equitation is a pattern class and Discipline Rail is basically Simon Says, so it is fun to see what tasks the judge asks for.  There was one thing that I thought was particularly good, and now, three days later, I cannot remember what it was, which is annoying because I thought I could use it next time I judged that class…

After English, came Western Pleasure and Western Horsemanship.  Western Pleasure should be pretty slow.  But, hey with the comfortable western tack, Heidi had some outstanding English style trotting in warm up.  This time I had to tell her to slow down! She had a very nice go in her class, though!

When I looked at the western horsemanship pattern, I thought, huh, that looks awfully familiar…because it was the pattern I had set up for a show I judged a few weeks ago for a completely different group of 4H kids.  I was flattered! Heidi likes pattern classes and it showed!  Good job!

Between classes, the kids, of course, hangout.  It was a really great group of kids that all supported and cheered for each other.  Penny did not get the niceness memo, however.  She is always bit antisocial.  Emily’s horse, DID get the memo but Penny was gnashing her teeth and pinning her ears. Then they both decided to ignore each other! 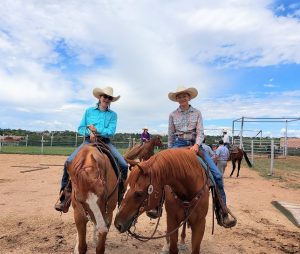 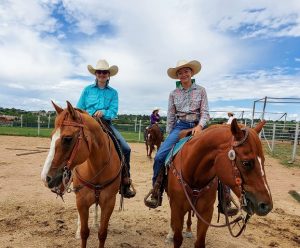 Heidi has been showing ranch classes the last two years and the last three official classes were Ranch Riding, Ranch Reining and Trail.  In Ranch Riding, she had the best pattern of the whole show! (The judge called me aside to compliment her go.  I was proud!)

In Ranch Reining, the super supportive crowd cheered her on! 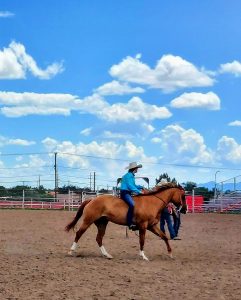 Finally, the results were tabulated and everyone gathered on the bleachers. 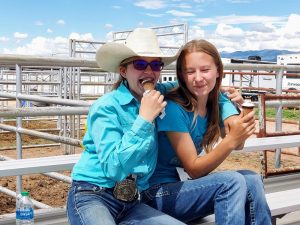 It is important to have drumsticks at the end of a hot show. Heidi and Julia, just before results were announced. 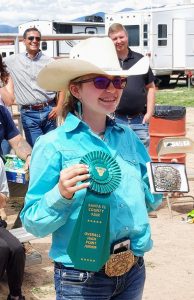 Heidi and Penny won the High Point Junior division! She won a buckle!

That was a fun way to spend the day!

Here's the skinny: I have a thing for horses. They make sense to me. I have a small horse training business (it's a "boutique" training business, not because it's super fancy, but because the horses get a lot of personal attention). I also go by Dr. Wilber, and teach biology full-time at a Central New Mexico Community college.
View all posts by BlogPatty →
This entry was posted in The Write Horse and tagged horses, New Mexico, riding, The Write Horse. Bookmark the permalink.