We got a lot of rain these last few weeks and so I was using the tractor to move dirt, that got relocated by run off, back to places it came from. Except I broke the tractor!  The entire arm snapped as I was dumping a load! It’s a stress fracture! 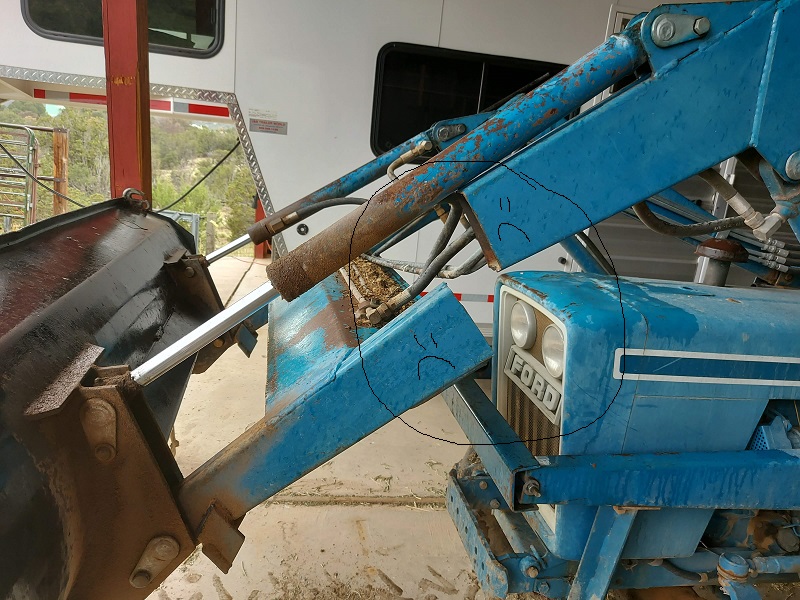 My tractor has a broken arm!!

Fortunately, it can be fixed and a friend is coming to pick it up Saturday while also delivering two 21 bale bundles of alfalfa because my regular hay guy had so much rain he couldn’t cut yet.

Speaking of things that break… As you may know, when a horse is tied hard and fast and has a little fit involving sitting back and PUUUULLLING, stuff often breaks.  Preferably the snap and not the horse or the tie rail.

Well, I bought this contraption called The Clip (actually three of them) and then I never used them.  (Too bad as that might have kept Lucy from butt printing my car back in February when she decided to freak out over a bucket.) But then I got Surupa, the five year old, stout, inexperienced beauty in for training.  At first she seemed to just fidget and weave when tied, but then she started to pull, which caused her to panic, which caused her to lean with all her might, and yep, break stuff.

The first time I thought it was just an odd equipment failure. The second time, I saw it all and it was a bit of panic followed by a determined effort to break free, but it was a weenie snap. So, no worries, I just tried again with a more substantial snap.  Ha.  She went three for three.

That is when I remembered I had The Clip(s). 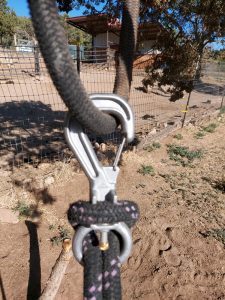 The rope loops around The Clip as shown and instead of no give, a nice drag is created when a horse sits back.

I set it up, she sat back, lo and behold, the rope pulled just like it was supposed to and she had nothing to sit against.  She only went about two feet (nothing like the extreme horse in the video below) and stopped!  A miracle! (As advertised).

She tried again, but only pulled about 12 inches the second time.

She is practicing tying nearly every day, always with The Clip, and it is going just great.  Not 100% drama free, as she will still have A Moment once in a while, but since there is give, she does not panic, barely pulls and resumes standing almost right away. 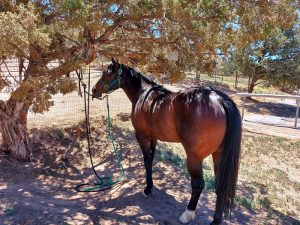 “look,” says Surupa, “i am standing so sweetly!! one day i too will get to go to the back country!”

Now, I know this type of fix for horses that have a problem tying is not a huge revelation, and there are multiple ways and devices to achieve this same idea: inner tubes, a different drag device, wrapping the lead rope instead of tying. I have tried the other drag device, and wrapping the lead rope, too, but so far, The Clip has worked the best for me.  And since it is an actual clip, it is easy to attach to things.

I think I will be using it on my trailer and possibly on my highlines in the back country as well.

And unfortunately, I am not getting paid for this advertisement!

Here's the skinny: I have a thing for horses. They make sense to me. I have a small horse training business (it's a "boutique" training business, not because it's super fancy, but because the horses get a lot of personal attention). I also go by Dr. Wilber, and teach biology full-time at a Central New Mexico Community college.
View all posts by BlogPatty →
This entry was posted in The Write Horse and tagged adventures, horses, New Mexico, The Write Horse. Bookmark the permalink.