Normally, since this blog is called “The Write Horse”, I write about horses, but this week is different because last weekend we attended funeral services in Delaware for an old friend, Lloyd Alexander. 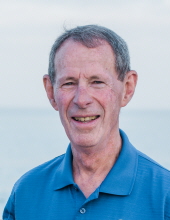 Jim and I moved from College Station, TX to Delaware in the first year of our marriage.  Delaware was not really a place we had ever thought of going, but we had no money, were pregnant, and Jim got a job in his field, so off we went. (Oddly, we were actually on the verge of moving to Las Cruces before he got the DE job offer…)

Jim worked with Lloyd at the Delaware Department of Natural Resources and Environmental Control, and it did not take long before Lloyd and Ann to took us under their wings, outside of Jim’s work. Their friendship and help made our lives in Delaware much richer in many ways. Notwithstanding the time Jim and another friend had to dive for cover on a hunting trip when Lloyd’s group fired on a whitetail deer that happened to pop up between the two parties!

We left DE to come to Albuquerque, NM, in 1991, but we were able to stay in touch as their travels west and ours east allowed us to cross paths every few years.  And of course we both write pretty good Christmas cards. Even though ours usually arrive around Easter. Or Valentine’s Day in a good year.

The visitation and funeral services were packed, a tribute to the tremendous positive impact Lloyd had on so many people.  I was both humbled and inspired by the life that Lloyd led, and thankful to be able to share in the celebration of that life. We also were honored to be invited to spend extra time eating lunch with the family before, and dinner after, the church services on Saturday. Lloyd was a chocolate lover, so I had extra helpings of the 11 layered chocolate cake in his memory, at both meals.

In these difficult and divisive times in the world, being able to celebrate our friend Lloyd, who was giving and accepting, and who saw and worked for the greater good, was a real gift.

Here's the skinny: I have a thing for horses. They make sense to me. I have a small horse training business (it's a "boutique" training business, not because it's super fancy, but because the horses get a lot of personal attention). I also go by Dr. Wilber, and teach biology full-time at a Central New Mexico Community college.
View all posts by BlogPatty →
This entry was posted in The Write Horse and tagged The Write Horse. Bookmark the permalink.

3 Responses to On Loss