Back Country Horsemen 101 at the Stanley Cyclone Arena was my entertainment last Saturday! (Friday was judging high school rodeo cow horse with Jordyn!)

The Pecos Chapter of the BCH put on a five station clinic covering various aspects of back country work for about 20 participants.  The participants rotated through Trail Ride Info, Packing Supplies (run by Richard), Packing Tools (run by Peter), Sawing for Trail Clearing (run by Amber), and Equine Containment (run by the Shuert’s).

Guess which one I lead?  The riding one, of course! In the back country we often cover steep and rocky terrain, but our facility was located on an open plain, so we called it the Flat and Windy Ride.

To increase the “obstacle-ness”, Victoria set up a tent, Peter and I designed some fake trees (juniper branches stuck in 4 inch PVC stuck in old truck wheels), the Shuert’s hauled in some biggish logs from up north (rotten so they were not too heavy), we borrowed a bridge from the arena and decorated it with more branches, and employed one of our members, Terri, and her young dog, as hikers! 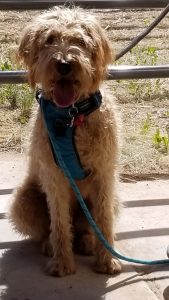 I debated about which horse to bring as my trail pony, but decided on LT since I ride Lucy all the time and Penny is with Heidi. 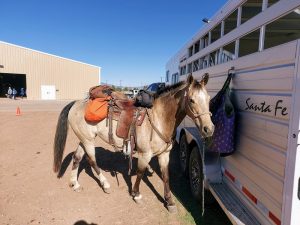 LT is very social (or maybe we should revise that to insecure), but so long as I was with her, she was happy.  If I got out of sight, she fidgeted, pawed and neighed. It is nice that I am so important to her, and also annoying. Nevertheless, she was a good trail ambassador. She modelled my back country gear well and is excellent at leading groups over branch-strewn bridges, bush-whacking through fake trees, and picking her way over logs. We had some riding groups and some groups that were on foot. LT was good with it either way.

The stations lasted about 40 minutes each. We ran each five times and had lunch in between (organized by Mary Ann and crew).  I talked about gear, our trail safety protocols, and then we went on our little obstacle ride.

We rode by the pack stations.  Some horses are freaked out by mules the first time they see them. None of our participants seemed to be, however. 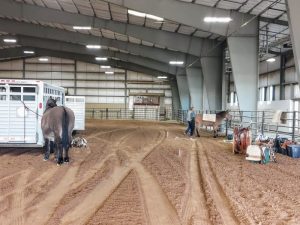 Heading into the pack station. It was even more entertaining when a group was in there packing. 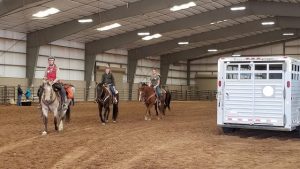 Coming around the pack station. The stock containment station is in the background. Photo by Victoria. 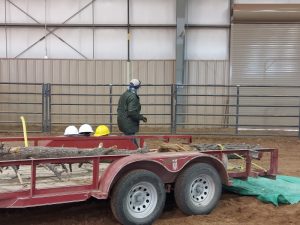 Sawing station with Amber. It was a lot warmer outside, where I got to be most of the time! Photo by Victoria. 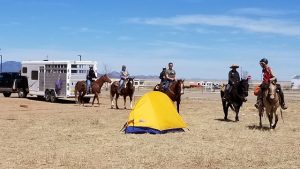 Heading out of “camp” on the Flat and Windy ride. I am explaining something, that was no doubt, Very Important. Photo by Victoria.

Overall, it was a fun day, and the participants said they learned a lot and had a good time! We even gained a few new official, signed-on-the-dotted-line, members!

Our first trail project for 2022 is April 23rd, so hopefully we are now all primed and ready to go!

Here's the skinny: I have a thing for horses. They make sense to me. I have a small horse training business (it's a "boutique" training business, not because it's super fancy, but because the horses get a lot of personal attention). I also go by Dr. Wilber, and teach biology full-time at a Central New Mexico Community college.
View all posts by BlogPatty →
This entry was posted in The Write Horse and tagged adventures, happy sigh, horses, New Mexico, riding, The Write Horse. Bookmark the permalink.