On Sunday, before she went back to Christy’s, we took her for a beer run. 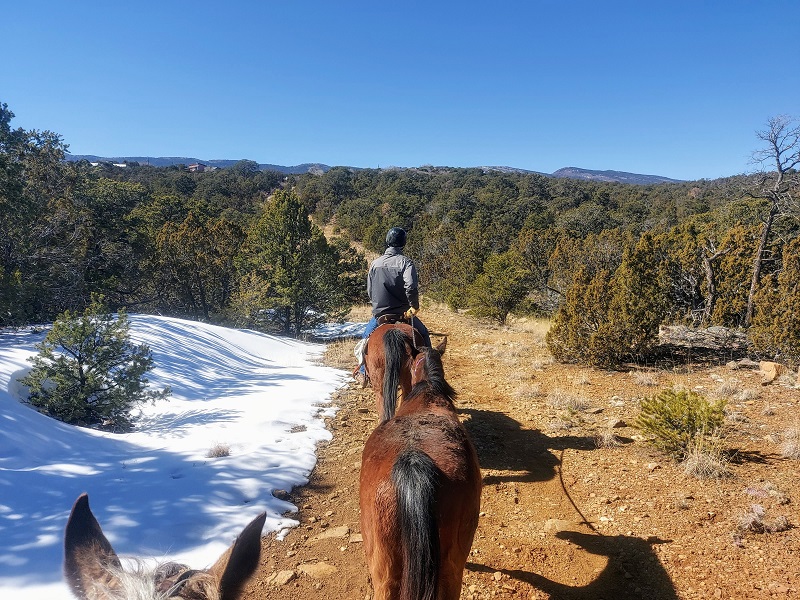 Gette, ponied by Jim and Cometa, on the way to Rumors Brewery.  If you look closely you can see a spot or four on her butt, the frosting over her him and that her tail is graying out. The Lp gene, which causes progressive depigmentation, is beginning to work.

This was a full-fledged expedition of seven riders, six horses, and three mules. 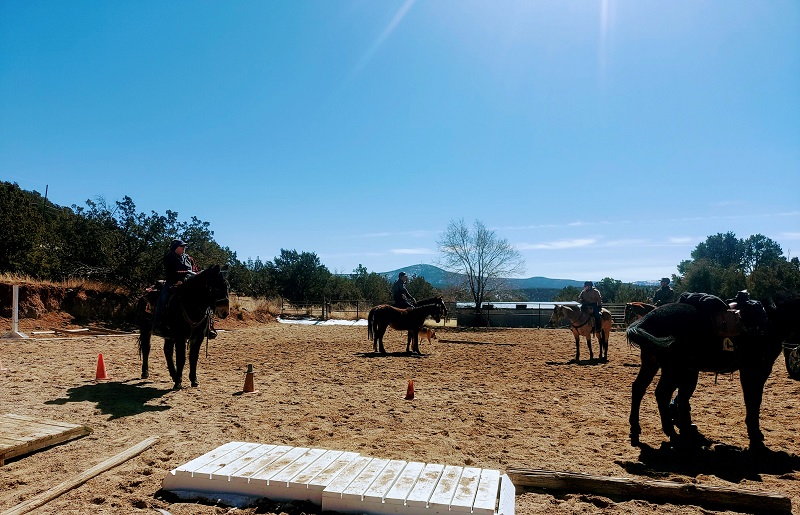 Gearing up in the arena. The lighting is not great, but Gette is in the middle with Jim and Cometa, Amber is to the left, Patty S. and Bill’s head are back right and Richard is hidden by his mule near right.

This was Gette’s first encounter with mules, and also her biggest equine crowd.  She is a very laid back filly and found it all to be just fine.

Gette, in the group, with apparently no worries in the world. Photo by Patty S.

The ride is about four miles one way.  It climbs pretty steadily to a saddle and then drops steeply down a canyon to the open space parking lot.  The trail to the top of the ridge was mostly in open areas, which was good because, as you can see in the first photo, the shady spots still had snow.

The drop down to the parking lot is a narrow, steep, and much shadier section.  There was packed snow and potential for ice.   But, because it was a very warm day (60+F) most of the spots that would freeze up at night, were slushy, and thus not slick.

One super shady spot still had snow that had not been doing the melt-thaw-melt thing and was still kind of loose and snow-like!

Gette had zero trouble with any of it. That made me happy since in addition to her possible show ring career, she has a life time of trail work and probably packing.  It is fun to see that she handles the terrain and new experiences with aplomb.

Once we made it down the shady-snowy-slushy stretch, the brewery is right there, with two hitching posts and plenty of trees in the open space area.  Quite convenient. 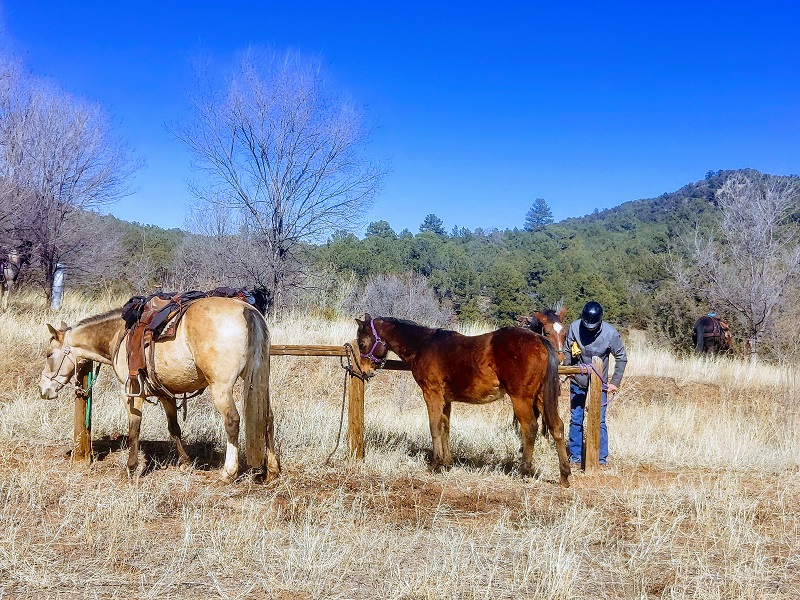 Gette tied like a champ. LT (left) did have to paw. You can see folks tying to trees, as well.

The brewery has outdoor seating so we could keep an eye on the animals.  They got their photos taken a few times by passing hikers, and we people enjoyed some food and adult beverages. 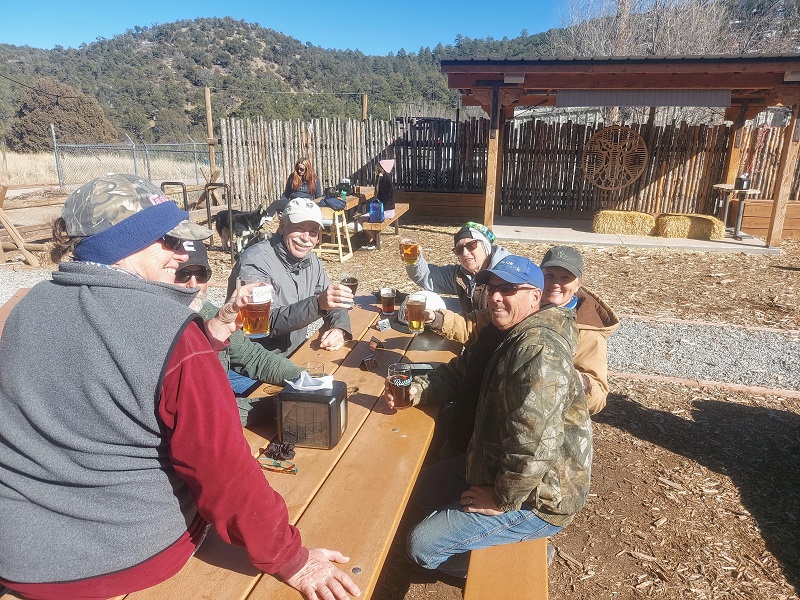 We headed out before the temperatures dropped and found that climbing the snowy areas was easier than descending them.

It was a nice ride with friends, and we are awfully pleased with Gette!