Sydney Brooks was in town, taking a break from researching (on her way to a Ph.D. in Chemistry) ways to make gold particles fold into predetermined shapes.  Yes, really.  This work holds “immense promise for chiroptical sensors and components of optical metamaterials.” You can read all about that by clicking the link!

Over the years she has come out to ride when ever she is in town, but, of course, she has not been able to leave Pittsburgh for, like, a year and a half, because, yes, COVID. So, it has been great to see her.

Sydney showed Penny in the New Mexico Buckskin Horse Association for two years, back about 7 or 8 years ago, while she was in high school. (Penny is a dun, and is registered with the American Buckskin Registry Association, as well as being a registered solid Appaloosa.) 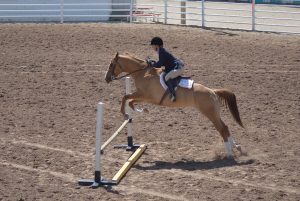 Sydney and Penny jumping at the Bosque Farms Rodeo Arena! 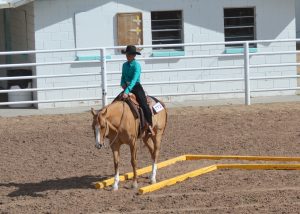 As luck would have it, Sydney’s visit corresponded with an NMBHA show, at the Bosque Farms Rodeo Arena!  But since Heidi is using Penny, Sydney (like Jordyn last month) got to ride LT.  (Penny and Heidi had another good show, btw!!–Penny is enjoying being back in the ring with a young rider, and she gets to work cows, but I did not get any still photos of them this show!!) 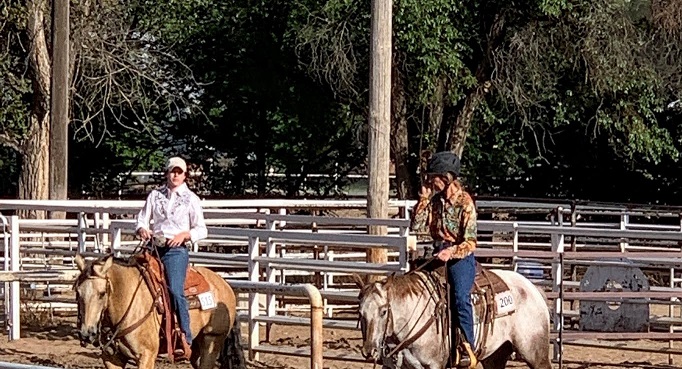 Sydney on LT and me on Lucy.  I guess I am picking my nose and Sydney is reacting in horror. That is not what is actually happening, but it sort of looks like it! Photos all by Suzette.

What a kick it was to get a Suzette (Sydney’s mom) Special breakfast burrito, and hang out all day! And we (me, Heidi and LT) are still using the laminated numbers Suzette made way back then!  Penny is 772, LT is 515, and Lucy got 200 (which may date all the way back to a Whispering Spirit Ranch horse, Silky…)

Sydney figured, what the heck, she would enter boxing, which was quite brave considering she had not been on a horse since last time she came to NM, and did not compete in cow events when she was showing!

Well, LT did make some sweet moves and she also demonstrated that she is both quick and can really run.  Sydney sat it all like a champ, and came out with a smile on her face. 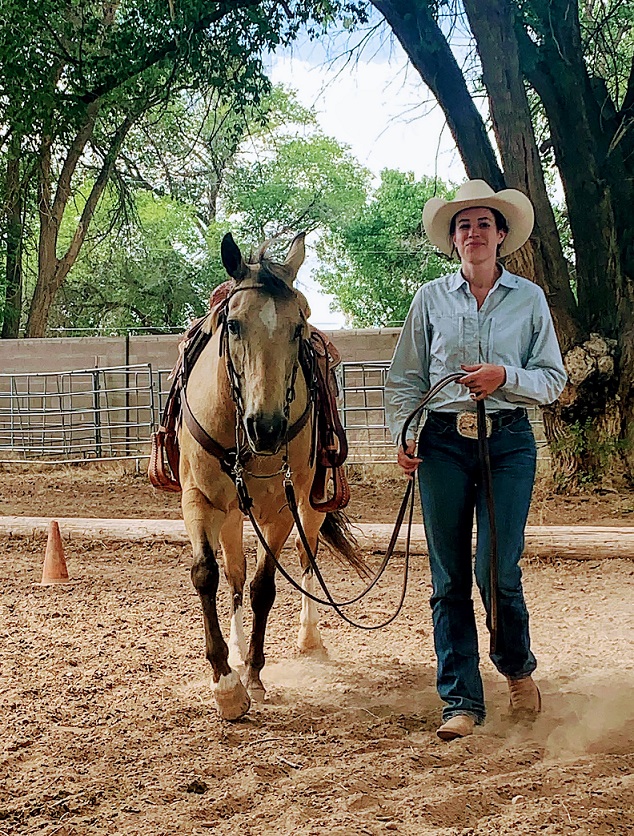 Getting ready for Ranch Trail. At the end of the pattern we had to trot out on foot through a tight serpentine. I personally almost biffed it. (Lucy had a good show, won trail, and got high point open horse for the show.) 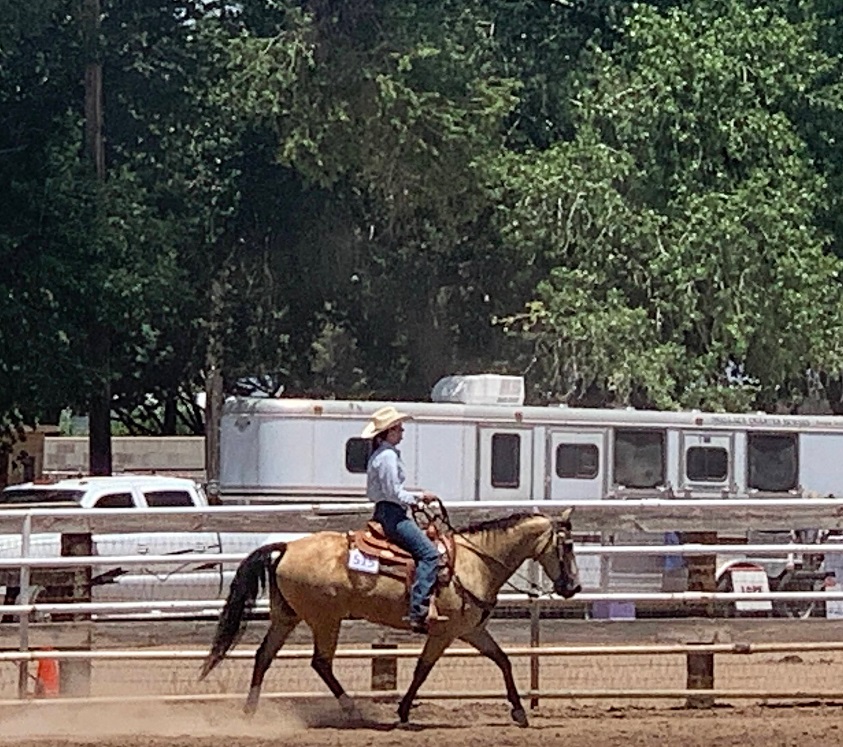 Syd and LT in ranch rail. They had a really good go!

They placed in many of their other classes, but mostly, it was a fun “like old times” day with the NMBHA at Bosque Farms Arena!