Andretti came almost two weeks ago and he is nice stout bay solid appaloosa gelding out of a Peptoboonsmal mare owned by Whispering Spirit Ranch. He is coming along well and should be the sort of horse that can get a job done!  I really like him.

Beauty is a gorgeous solid appaloosa two year old filly, owned by Judith Huchton that came a week ago, so I figured Beauty and Beast would be a great title for this weeks blog…except then it turned out that upon initial impression, maybe Beauty actually WAS the Beast…

(Fortunately, it turns out she just needed a day or two to adapt to her new surroundings. Whew!)

Our place was a little busy for Beauty to start with.  “oh my!!!” she said.  “horses go out, move around, get tied over there, get moved over here, disappear with some people, come back. i don’t know what is going on!!”

I knew she could lead, was familiar with a drag rope from work done with her before she came, but had not been tied. 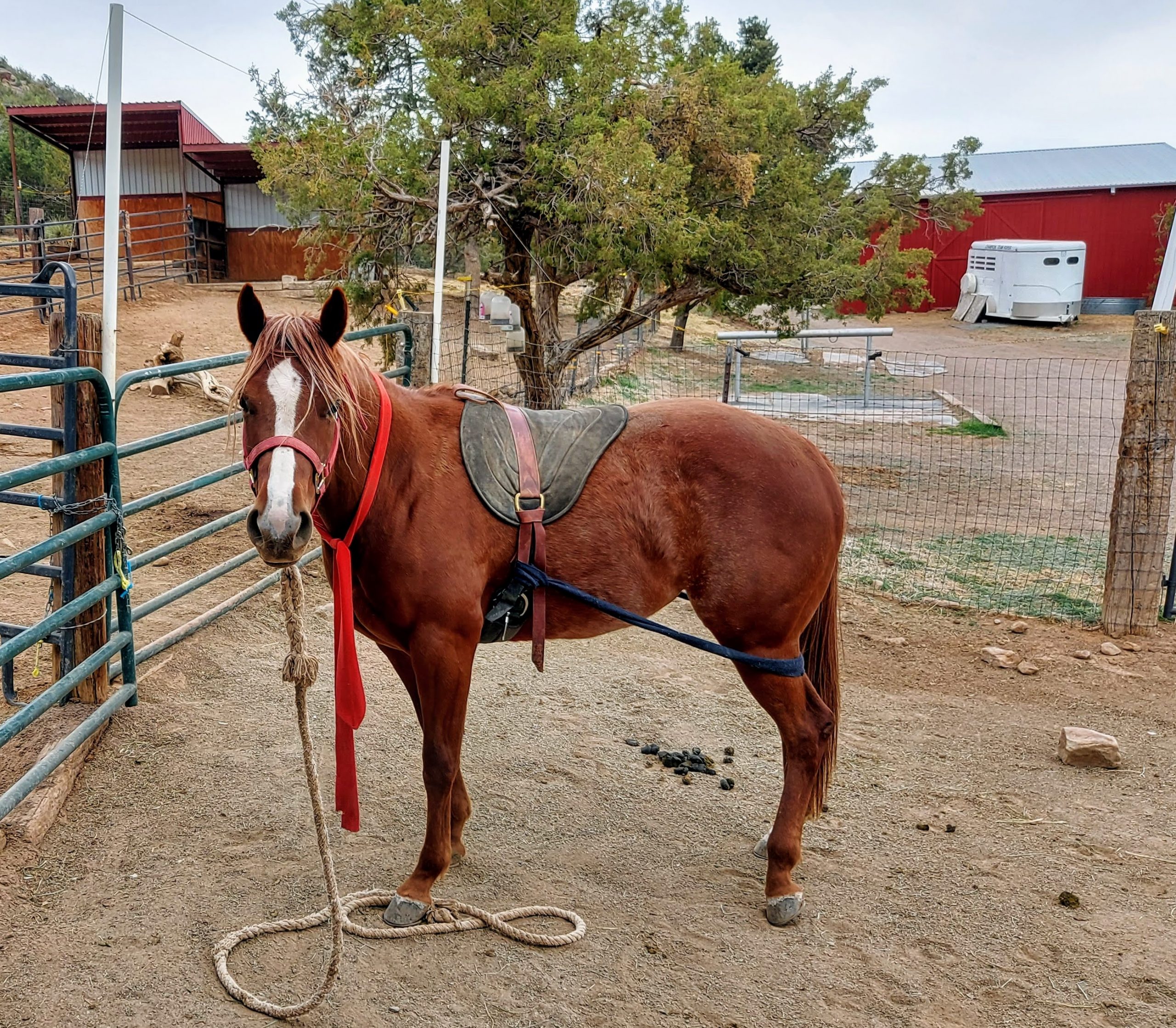 The beauty of a drag rope is the horse learns to give to the rope, gets used to ropes around the legs and usually will also lead and tie pretty well.

We tried the tie rack.  I wrapped the rope instead of a using hard tie. If she were to pull back, the wrap has friction, but she would not be trapped and could eventually pull free.

There was no pulling back at all (her drag rope lessons at home paid off!) but she was incensed that she was not able to wander about freely.  Incensed, I tell you!  She looked as though she were considering trying to crawl under the tie rail.

Oh, that’s a no.  I moved her to the shed and wrapped her in the corner.  I don’t love that spot because horses are facing away from all the other animals and I think they do better if they can easily see they have company, but it is a nice safe spot with nothing to go under.

She thought that maybe broadsiding the walls by pushing with her body might suffice to regain her freedom.  She was not flinging herself about, but I still did not like it.

I moved her to the pole (with a welded tie loop) and this time I used a bowline knot and I tied her.  Despite her extreme displeasure with the whole idea of being TIED (OMG!) she did not one time offer to pull back, so a bowline seemed like a fine choice. 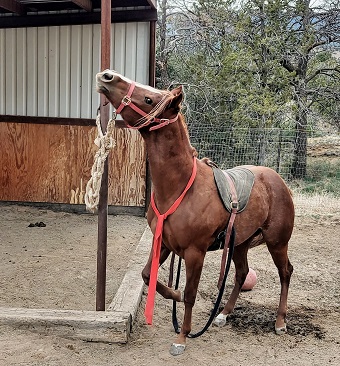 She continued to believe this entire endeavor was a crime against the global equine community and went one way and then the other around the pole and did manage to trip over the railroad ties and scrape her shin. Geez. But, she never wrapped herself tight and she still never sat back. Eventually, she began to stand still for moments at a time.

The next day there was more tying, in three different locations.  First she dug a hole so deep that I felt it was not safe in the location shown above, so I moved her to the tack room area.  It is cement, so pawing was not getting her anywhere.  She began to stand still every now and then.  But then, I needed that space to tack and untack other horses, so I moved her to a tree. At the tree, she excavated all the crusher fines to get to the native soil, but finally, she relaxed. 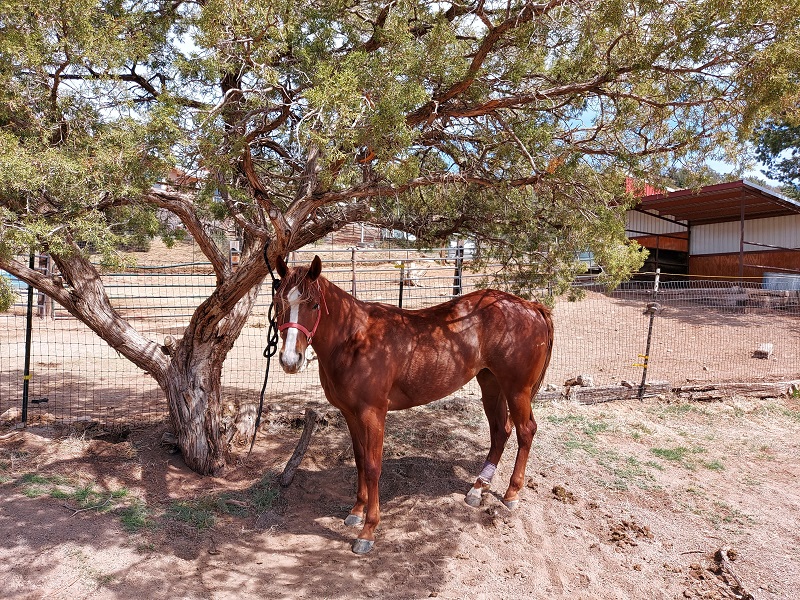 We headed to the round pen and Beauty wore a bridle and with loose side reins.  She walked, trotted and loped.  She was very forward, but not a single buck, crow hop, or humping of her back. I even stood in the stirrups and she held still on her own! 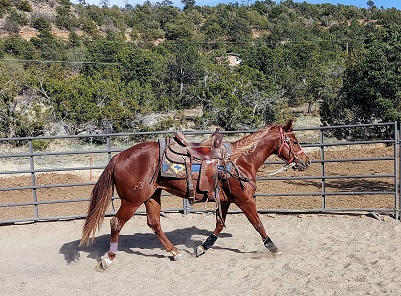 I will be working on having her respond to the bit quite a bit more prior to riding her because I don’t want her to feel she needs to stage a giant argument over a perceived threat to her freedom posed by the bit and bridle.

Her fast progress so far has restored her barn name to Beauty!