Now, anyone who’s gasping, “She puts her puppies over jumps/on the a-frame/dogwalk/WHUTEVER” should just slap their own heads.   Just pause right now and take care of that little chore for me. 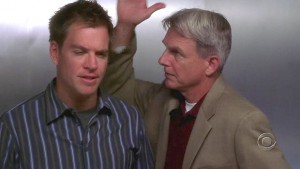 Nope, when I get a new dog, I start with the games that will give us a relationship and training foundation–focus, motivation, responsiveness, team-building, and most importantly–learning how to learn.  Learning that it’s okay to be wrong and to try again.  Learning that I won’t let things become frustrating, but will provide support and set things up for success.

The puppy/dog, you can be sure, has no idea we’re doing anything but playing.

Not that I’ve had many opportunities to start a dog from scratch, because that’s how life is.

Strider, the dog of my heart, was in my hands from the age of 4 days; I raised him and his siblings after they were orphaned and yes, he was in training of some sort right from the start, way back before I had any introduction to doggy competition sports.  He never questioned our gestalt; he loved our gestalt.  He was loyalty incarnate.  Strider taught me the difference in a dog who learns from puppyhood and a dog who (like our others from those days, all of whom came as rescued adults) doesn’t.

Connery Beagle was the first puppy to come home as a performance prospect.  Right from the start, I worked  foundation responses and motivation and concepts.  Connery has always known who we are together, and the security it provided him has gotten us through his illness and through the dog attacks and recovery.  Connery and I don’t have to wonder about one another…we know. 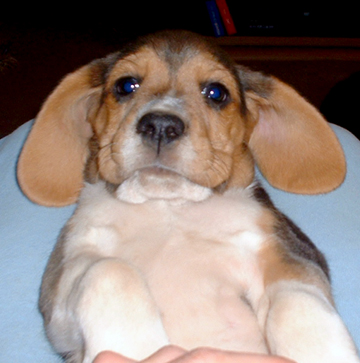 Dart is an entirely different story. 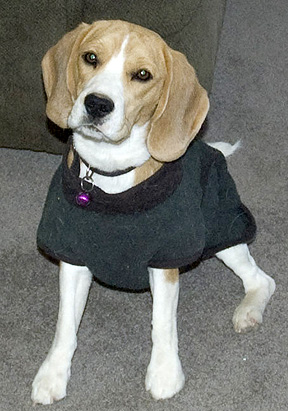 Dart came to the pack at ten months, a brilliant, emotional creature of intense vibrational energy who had already decidedly defined the rules of his universe.  These did not include housebreaking, impulse control settings, volume control, or–in spite of his brilliance–any concept of the learning process.

I said to the household, “It’ll be a year before we have any handle on this dog whatsoever, three years before he’s truly housebroken, and he’ll never be counter safe.”

So far we’re right on schedule, three years in.  First he learned how to make choices and then he learned how to learn.  He learned that he could rely on me.  He was learning behaviors along the way, but those were incidental and almost beside the point, because without the relationship they didn’t mean a lot.  His entire first year here was like living with a teenaged boy who’s been sucking down refined sugars–volume set to high and crazy.

I figure he’ll start to settle down when he’s ten.  Maybe. But I think in the years along the way, we’ll have a whole freakin’ lot of fun. 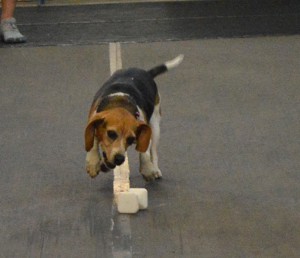 Rena’s enthusiasm with the dumbbell retrieve!

Rena comes from the far end of the spectrum.  Her first mom pulled her from a shelter when she was ten months old, loved and trained her for another three years, and then had a change in circumstance that precluded training and competition.  After six months she sadly concluded that Rena needed her training and trialing activity.  We were about to experience a princess-sized hole in our pack, and although we were most of a country away from Rena, her first mom sent her here via awesome Shuttle Pet.

So Rena wasn’t started as a puppy, and then she was trained–but not by me.

At this point we’ve had her almost a year and I think maybe another year will give her the confidence and connection she needs.  (It didn’t help that she’s had some health issues since arrival, which have worried her.)  She’s just going on five, so we have time.

I’ve started her in rally, finished out her regular agility titles, and introduced her to tracking.  I’m looking for ways to build her foundation and keep her active that won’t tangle with what she already knows, how she already knows it–which means letting her utility obedience training lie mostly fallow right now.

So even with a dog already trained to detailed, advanced performance criteria, my answer is pretty much the same:  Start right away.  And start at the beginning.  And stay at the beginning for as long as the dog needs it.  Because no matter what the age, that early training isn’t about doing things; it’s about establishing a relationship.

My books are SF/F, mystery, paranormal romance, and romantic suspense. My dogs are Beagles, my home is the Southwest, and the horse wants a cookie!
View all posts by Doranna →
This entry was posted in Agility, Dog Agility Blog Event, The Dogs! and tagged agility, ConneryBeagle, Dart Beagle, obedience, rally, Rena Beagle, Tracking. Bookmark the permalink.