Worst Word in the World 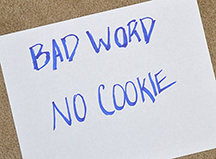 We probably all have our Worst Words.  That one’s mine.

It means, roughly, disease without known cause.*

*PS That we have no idea how to treat because really, nothing truly works and good luck with that.

Over the years, all of my Lyme symptoms have been idiopathic (and now that they’re not, no one knows how to fix them anyway).  And since I was in fifth grade (which is a mighty long time indeed, now), my dad’s mounting inexplicable neurological symptoms were so idiopathic that it took several studies and an international conglomeration of doctors to say so (improved MRI tech eventually diagnosed a rare syringiomyelia, forty years-plus after the onset).

When I was fifteen, I started a long journey of surgeonly invasions to diagnose knee pain that was eventually declared one step below idiopathic, which is to say, “There’s no reason for your pain and therefore I can’t fix it.  Have fun with that, athletic young woman, and start personalizing your crutches now.”

(Well, there WAS a reason.  That particular doctor just wasn’t good enough to catch it, and eventually major surgery ensued with another doctor, but it took nearly a quarter of my life to that point to figure it out and trust me, that is FOREVER when you are young and just want to run like the wind.)

Each and every one of ConneryBeagle’s bizarro weird reoccurring issues has been idiopathic…officially speaking.  Vaccine-induced, thank you very much.  But no one understands that mechanism so no one knows how to treat things so there you are. Officially, everything is idiopathic.

Well, Rena Beagle recently had a rhinoscopy for her persistent (since August) inside-out sneezing.  It went quite well, actually–she bounced back so fast I swear I heard her say, “Please, mum, may I have some more?”  The exam ruled out big in-yer-face issues and discovered inflammation, so a biopsy was taken. 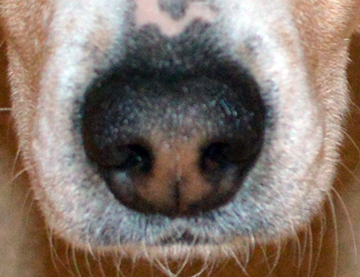 Then we all went off to be busy and to pretend we weren’t waiting for results.

Which we now have.

Which include That Word.

So this means that her nasal tissue is inflamed and no one really knows why. In her case, it makes her backwards sneeze with enough force to shake the household.

The litrachure on this condition is not promising.  It basically says, “Yeah, you can treat it, sort of randomly using one of these several protocols, but don’t expect much.”

So a few days from now I have an appointment with Auntie Vet (sans Rena, who has already played her part), during which we’ll decide which of the protocols we’ll try.  They consist of heavy duty anti-inflammatories (inhaler steroids or NSAIDs), anti-inflammatories combined with antibiotics that have anti-inflammatory effects, anti-fungals, immunosuppressants…I think I have them all listed.  No one’s mentioned cordyceps (mushrooms) or essential oils, but both are on my own list. 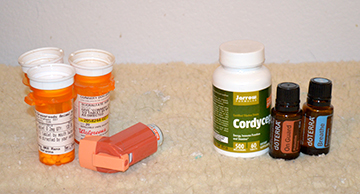 “Treatment for idiopathic lymphoplasmacytic rhinitis is extremely frustrating with a cure rarely achieved.”

We have already achieved “extremely frustrating” and “extremely expensive.”  It is now time for “treatment” and “cure.” Don’t you think?  I think.

And that to the Worst Word in the World.  Because… 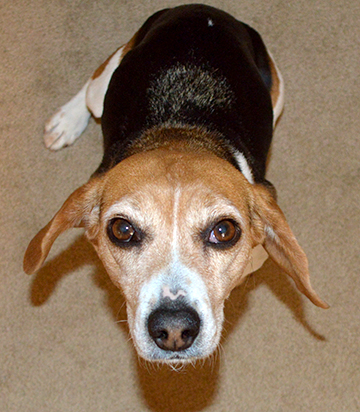 My books are SF/F, mystery, paranormal romance, and romantic suspense. My dogs are Beagles, my home is the Southwest, and the horse wants a cookie!
View all posts by Doranna →
This entry was posted in Rena Beagle, The Dogs! and tagged ouch!, Rena Beagle. Bookmark the permalink.

17 Responses to Worst Word in the World