Last Saturday was the first Back County Horseman training ride of 2021!  Thirteen or so of us went to Galisteo Basin, parked at the Cowboy Cabin, and took the outermost loop, for an 11 mile ride. 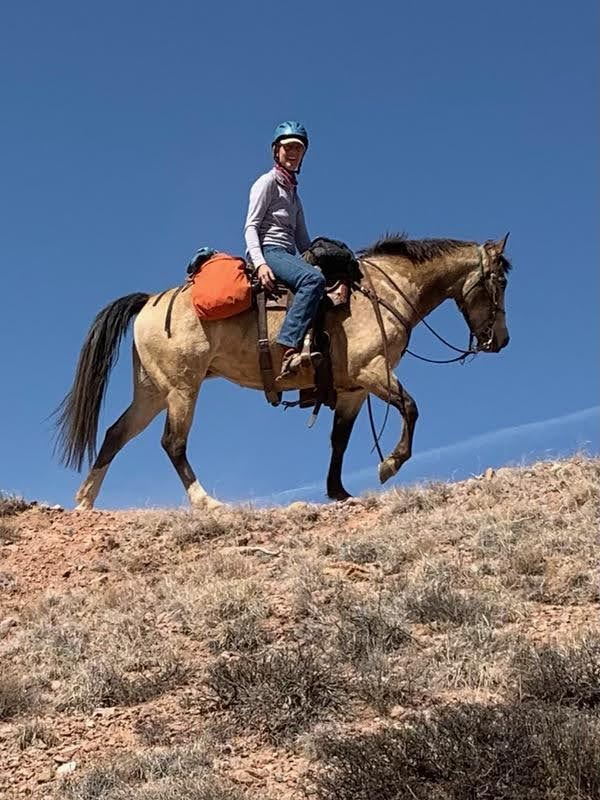 Me and LT, leading the ride! Photo by Patty S.

I took a whole bunch of pictures that apparently I did NOT actually take because they did not appear in my camera, but fortunately Patty S. got some nice ones!

This year, I did not lead us into a bushwhacking adventure, no one fell over, no one got rolled on, and no one got kicked.  Whoop!

And we had some new people join us!  My friend Mary rode Cometa (I really did try to take a picture!), and Janet came along with Bain (who is an actual member). 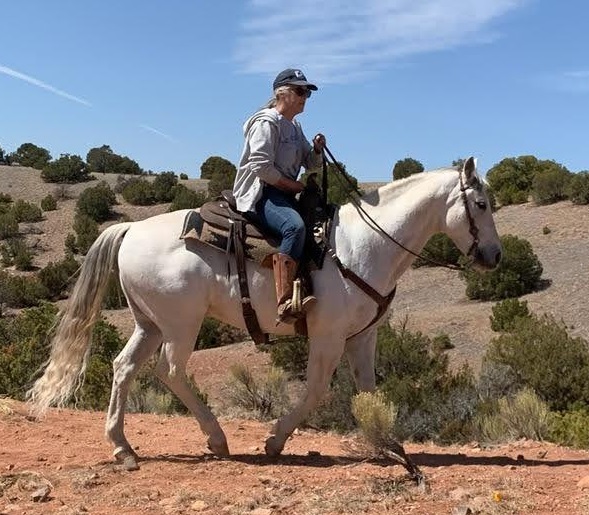 Janet and Rowdy. Note that Rowdy not only can do the trail, but he and Janet are super stars in the show pen! Photo by Patty S.

We have one more training ride and then we get to start on trail projects!

It snowed buckets in Colorado the other week, so the outdoor arena at Cody Crow’s was still unusable.  Thus, instead of hauling a bunch of horses, I drove me and my spiffy new little (um December 2020 and it still has less than 2000 miles on the odometer due to my lack of driving to work and back) Kia Rio. That thing can hum along at speeds I don’t normally attain.  Who knew!?

I went to visit this dude: H, in the indoor facility. 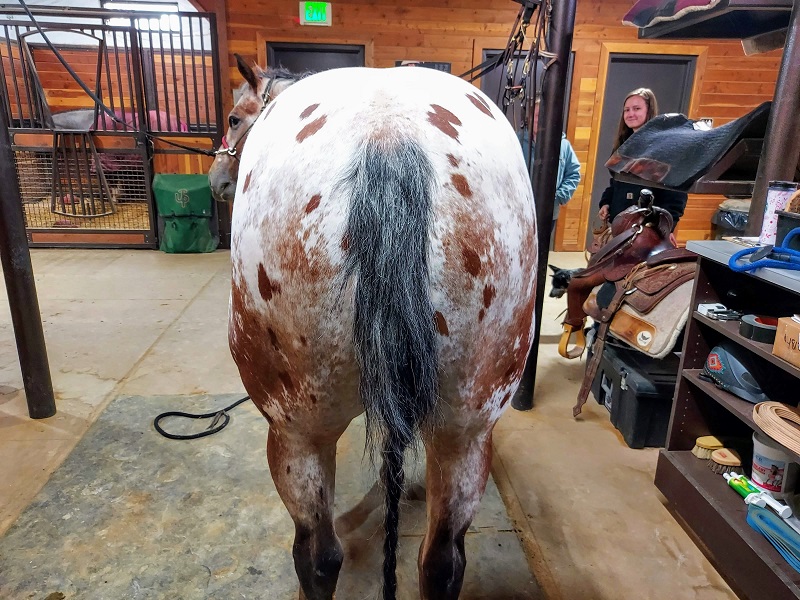 (We like big butts, and we cannot lie.) H has really filled out! And look, it is Jordyn!

I got to hang out with Emily and Jordyn, and ride H with Cody in the indoor arena.  I did manage to get a couple of decent stops, but need more practice with H to really get it down.  Cody can stop H, just fine, which underlines that the problem is the rider, not the horse.  Jordyn got some shots of us working the flag. 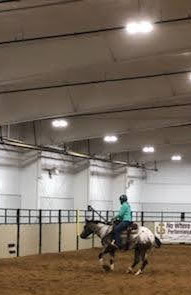 And I got some shots of Jordyn with H. 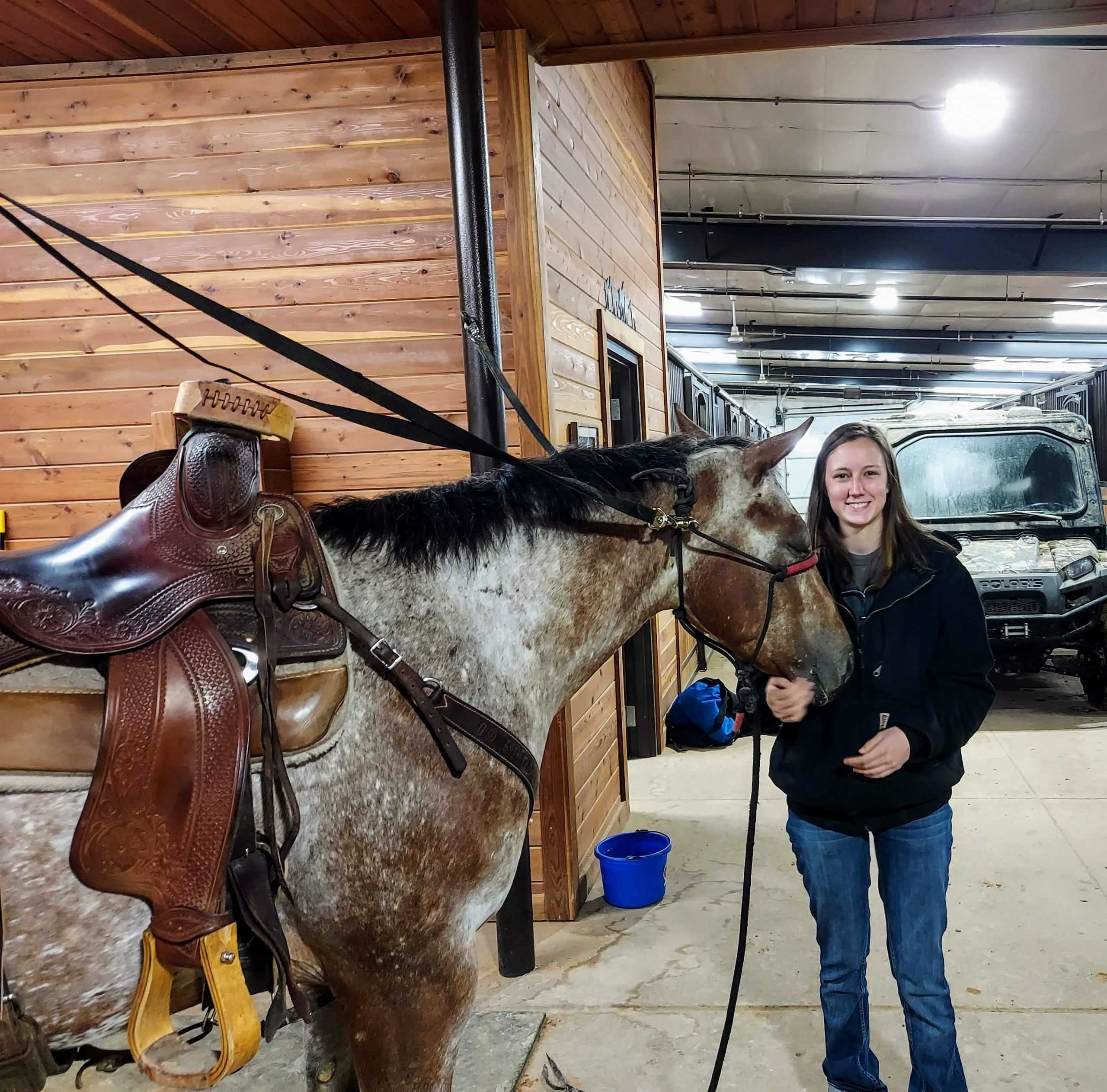 Cody, Emily and me came up with a tentative show plan for the next couple of months and a marketing plan as well, since H is actually for sale.  Even though, really, I am going to just run up there, sneak him home, and keep him as a lovely pasture ornament.  (Don’t tell Judith, his co-owner.)

H is a so much fun to ride on the flag because he is Mr. Dynamo, and super enthusiastic.  Sometimes this means his cow turns are quick 180 levitations with no front feet on the ground until the turn is done.  Rider beware!  We are NOT losing that flag, or any cows, either! Ever.

It is a very interesting contrast to Lucy, who does what she needs to do, without a lot of drama, but with a fair bit of style coming on.  It makes Lucy pleasing to the judges, but H still has big upside and a ton of harness-able power and he is quite eye catching, to boot.  Very cool.

Lucy will get to prove me right on my style assessment (or wrong), next week in Arizona where we will be for the Western State Desert Classic show! (Where it is forecast to be 90F).  I think I might suffer because…

this was outside at our house Wednesday midday.  No way am I ready for 90F!  I stayed indoors all day while it snowed and snowed, except to feed the horses and go pick up the truck who was having its air conditioner (I thought was sort of ironic, given the weather) serviced (in prep for Arizona!) 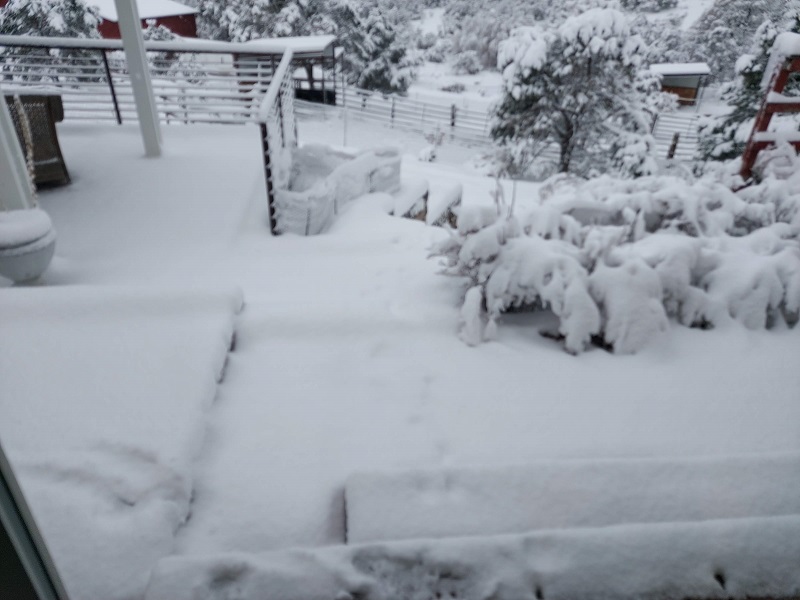 I think we were ground zero for the snow because most of my friends seemed to have far less, to almost none. 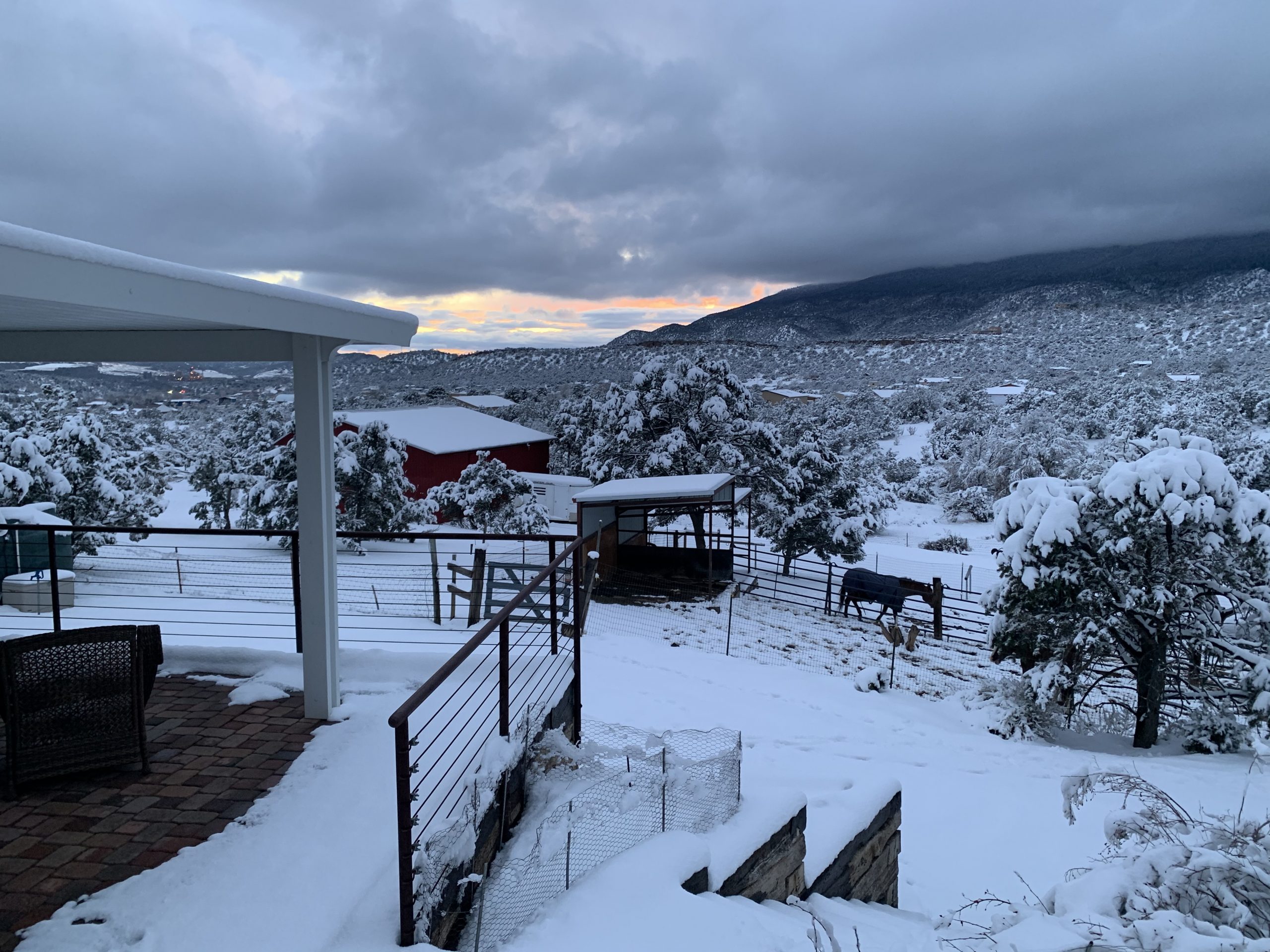 It was a wet, warm, snow so almost all of this was melted by Thursday (and my arena was under water, but I could still sneak in some riding in the parking area and the roads.).

6 Responses to “Outdoors and Indoors”