This horse was having an issue or two with pain, and ejecting his riders. 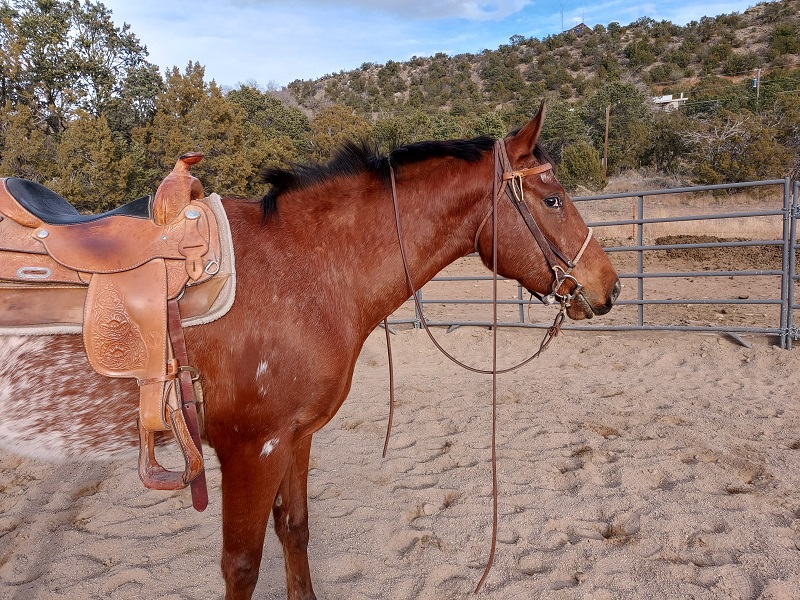 His, mom, Nancy, did a great job getting him evaluated and realigned, and once that was addressed, he came here.

Landon has been at the house for about three months now, and we are definitely making progress!

I mean, take his mane, for example.  You can see that is it now laying down!! 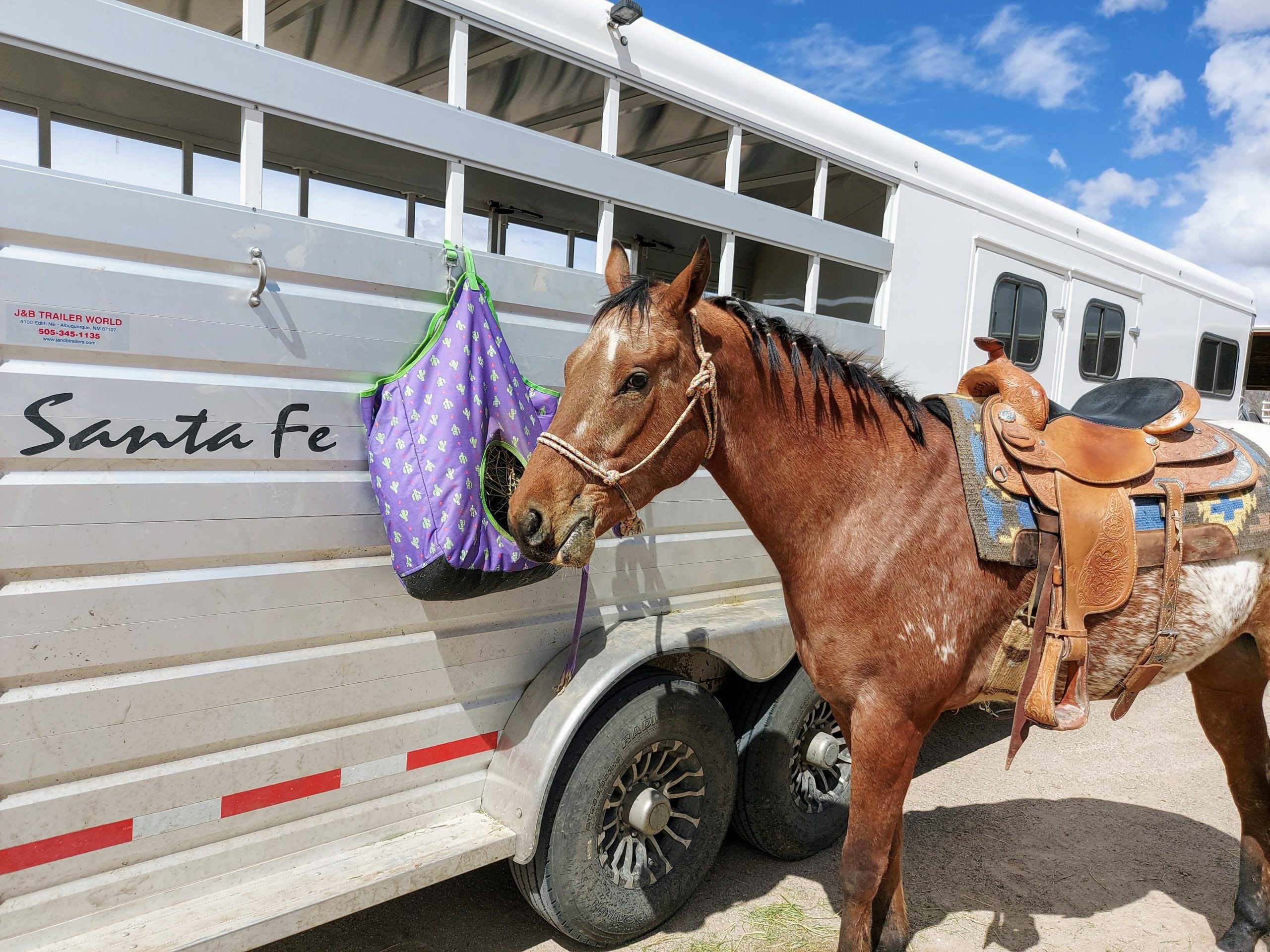 He is improving his personal hygiene in other areas, too, like tail washing. 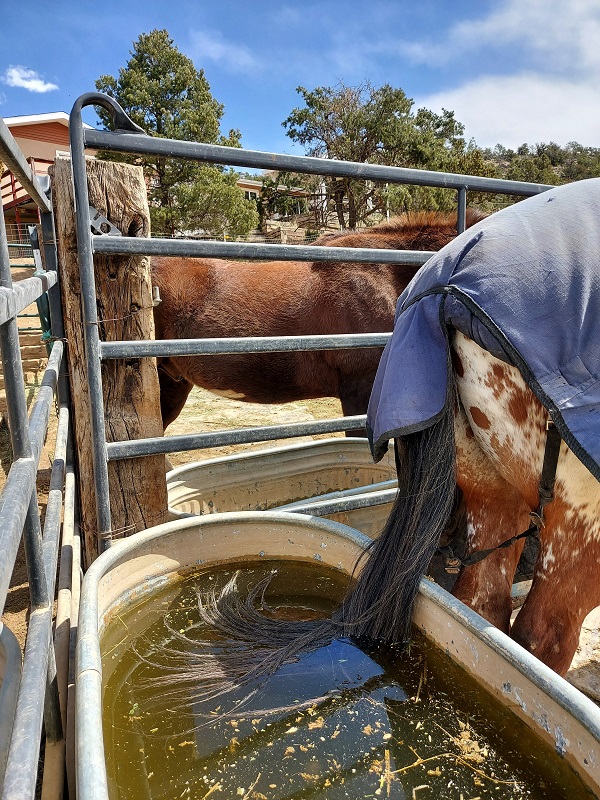 And he has been growing.  I guess that is we he spends so much time laying down.  At first it worried me, but I have come to realize it is just him.

I came out to do the morning feeding last week, and he was flat out.  I walked into his pen and he raised his head, then put it back down.

I got all the alfalfa fed to all 10 horses, including him.  Landon raised his head and followed my progress, but he did not get up.

I got all the grass fed.  He did not get up.

I gave pellets to Leo. I put pellets in Landon’s feeder.  He did not get up. He even pooped while still laying there, calm, content.

Breeze and Lucy get some special items each morning and I hand fed them.  Landon did not get up.

OK, I mean, really?  Enough is enough.  I told him to get up.  He popped up, gave a little shake then cantered and baby bucked around his pen.  Then he strettttttcccched, and went to eat his breakfast.  He was wondering what my problem was, because he clearly did not have one!

Because of his checkered past, and my distaste for rough landings, our plan has been to work through everything very slowly, restore his confidence in us, and our confidence in him.

This very slow approach can be frustrating because there are days when it feels like we are barely inching forward, but we just have to take a breath and then another, and remember that it is our job to find the best ways, each day, to help this horse, not push him back over the edge by getting in a rush.

We have quite a ways to go to reach his full potential, but this result at his first show bodes well!  Plus, he got a lot of compliments because he is cute and a very nice mover! 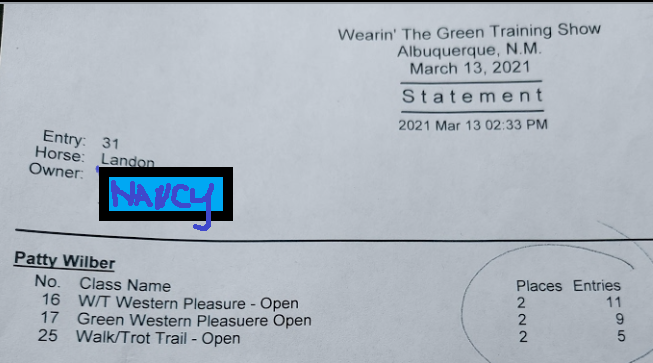 The reason he did not WIN all those classes is because his weekday barn buddy Deets (he is here in boarding school–goes home on the weekends) and Christy won them! 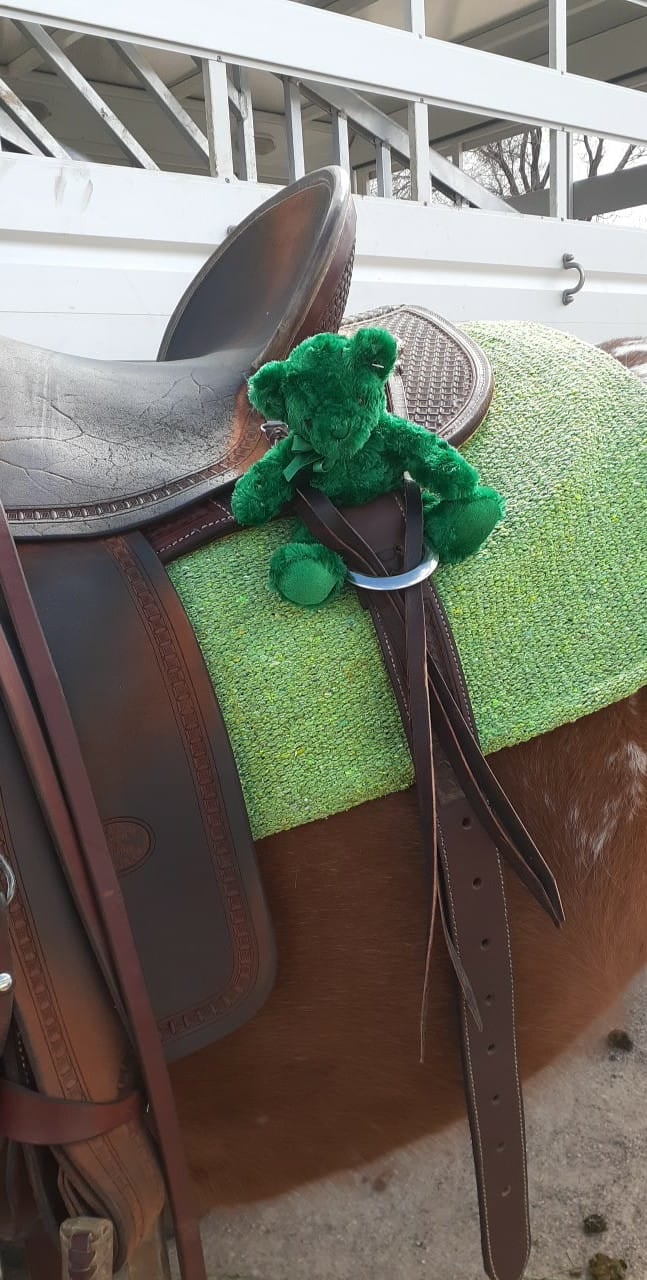 We did a bad job with pictures and this is the only one of Deets–with his Simon Says prize.

Yep, we are making progress! 🙂