This week, I took a couple shots between the ears! 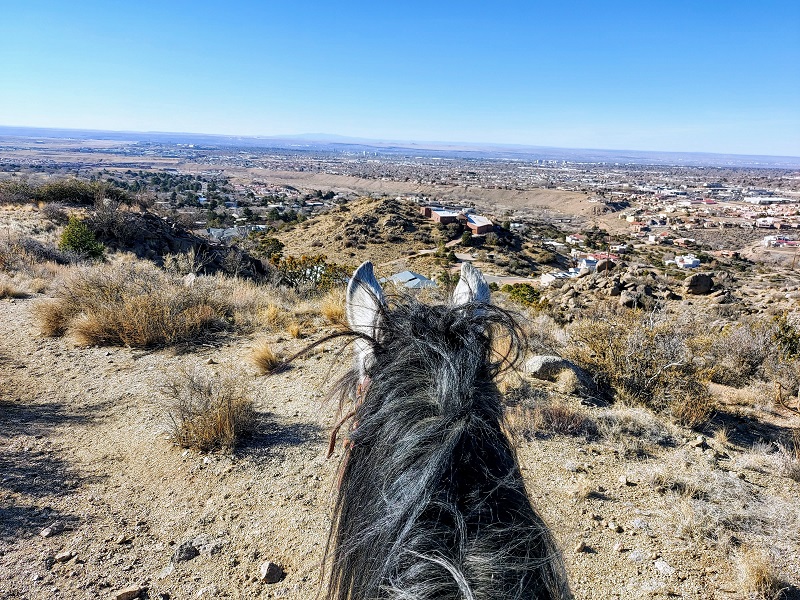 This was one of Sombra’s first trailer rides to a trail ride with a stranger (Mary Ann’s Rosebud) in a strange trailer.  He was perfect all around, and just as calm and quiet as could be.

I finally got back to some live cow work using my very own co-owned two bovines, that live at the Tucker’s.  The wind was gusting at 30 plus mph and the twosome was not interested in coming into the arena, so I had to work them in the pasture.

The cattle duo, back in September, was getting a little arena sour, so the time off and the different working conditions changed everything for the better!

Lucy marched out into the wind as if the day were perfectly still, pushed the heifer up against a good fence, and we worked up and down.  Then we got the steer.  Pushed him up and down, and when we had him a little tired, we peeled him off into the wide open space and circled him right up!  It was, of course, a ton of fun, and I could not have been prouder of Lucy.

Then we practiced running along the pasture road.  Also fun.  Lucy is beginning to enjoy a little speed. Finally, we used the arena, and we got a decent slide (for us…10 feet or so). 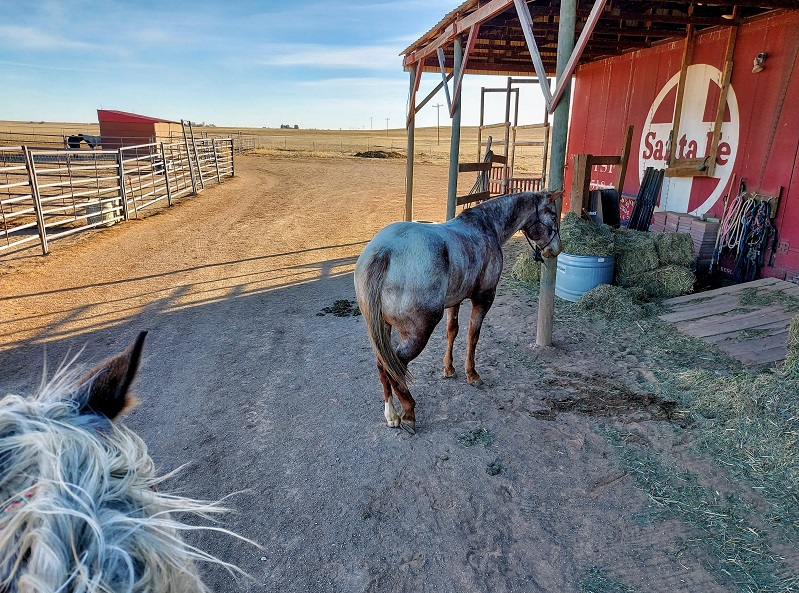 Lucy hanging out, sheltered from the wind, after her cow work. I have a blast with this mare! Joey’s ear and wind blown locks.

Lucy also is getting full out spa treatment with massage, chiropractic and extra frequent shoeing.  She has never felt better! Her right lead lope has always felt weird to me, but after the latest chiro with Dr. Sara Loya, it felt 100% correct. Holy cow.  It might be a miracle.

Joey also had a crack at the cows. He thought they were fine as long as he was not required to engage with them.  Passing by, going our own way….No problem.  Going to them?

Well, I am not one to push a scared horse too hard, so we did a little back and forth from 50 yards out and then concentrated on dry work out in the dry pasture.  Joey did really well at that, and in the wind.  This guy is catching on to my program fast!

Later in the week, we worked the flag at a walk and slow trot, and while Joey relied on me to tell him what to do and when rather than “cowing up” and trying to do it on his own, he did a great job of staying parallel, and letting me set him up and roll him over his hocks.  We did have to start out working the flag from a bit of a distance, because, you know, IT MOVES!  And the guide wires make creaky noises and stuff.

But, the flag work made me much more optimistic about the future of live cow work for him.  We will be back at it Saturday, and next week we (Me, Lucy, Landon and Joey) are going to visit H at No Where But Up in Colorado. Hopefully conditions will be good for cattle practice there!  (Landon will not have to work cows.  He is going to practice his English trot.) 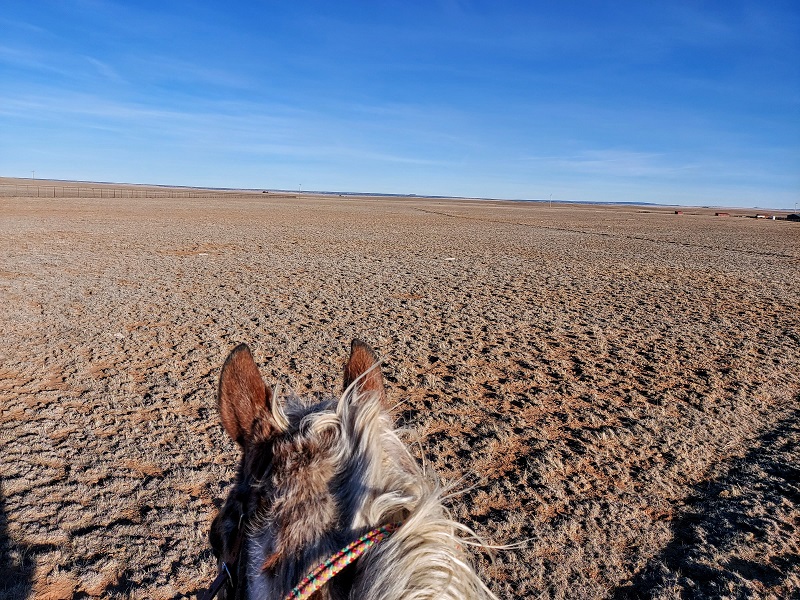 Joey doing some range work in the wind.

4 Responses to “Between the Ears”