A friend of mine had two longhorn cows that needed branding.

Unfortunately, he had no cattle chute.

I figured it’d make a good blog, so I offered to help.

First, we had to get a cow into the trailer. 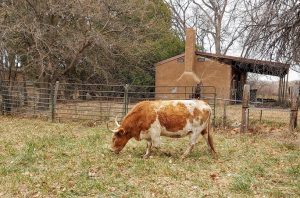 Longhorn in the field.

Fortunately, the longhorns are both pretty tame, so, by blocking the escape avenue and just waiting, the target cow soon saw the “hole” (with some hay as an incentivizer) and went in. It was, surprisingly, easier than expected. 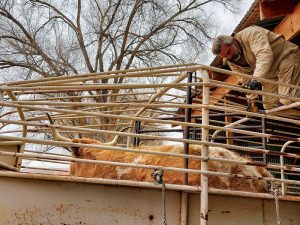 Once in, she had to be pushed up to the front of the trailer.

The cows are pretty large, so squishing one into the front slot required a little prodding.  Not having a hotshot, we used a rake.  Unfortunately, when someone knocks said rake off the top of the trailer on to someone else’s head, it sort of smarts. 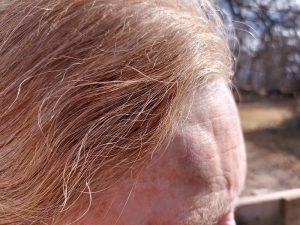 Ow! I was seriously hoping for a much better bruise from this knot, but nope.  Two weeks later I still have a little lump, but my head barely even turned green!

Well, we couldn’t let a little thing like that get in our way.

Next step was to lasso the cow (those horns were helpful) and squeeze her face against the side of the trailer.  The lassoing was a tad tricky to do between the bars.  But once we got that done, I held her fast.  Peter branded.  I did not cry, but felt like it.  I mean a hot branding iron on the cheek is way worse than a rake falling from the sky. The cows, surprisingly, also did not cry. They were both very stoic, but still stressed.  At least the branding is quick, but, I was thinking, a bit archaic. Bleeding heart, I know. 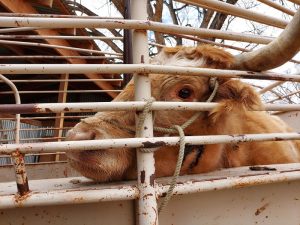 The brand is the black mark on her cheek.

After the cows were done, we loaded up the angus.  They were not as easy to load, but the same principle did work.  Cut off the escape (I used a T-Post as a faux fence rail, which was remarkably effective–no one tried to run through it), and wait for at least one to see the hole.  Being herd animals, if one goes, usually the rest will follow. 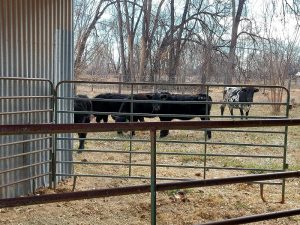 The four blacks, to be loaded.

Two were headed to market and two to the freezers of two buyers. 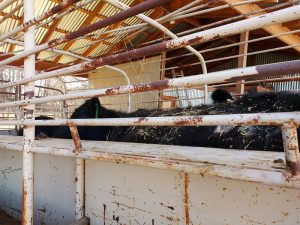 We transferred the moms back to their bigger pasture. 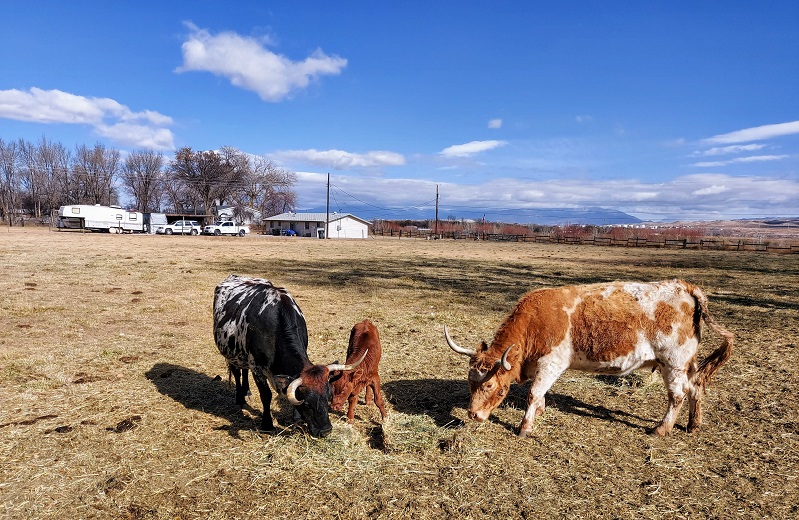 And a week later….

Guess we might have to go on a mini branding! No crying.