Spruce Spring is up on Spruce trail out of the Red Canyon Trail Head in the Manzano Mountains. The Spring periodically gets a little help from the Pecos Chapter of the Back Country Horsemen.

In June 2017, (from my blog June is the Hottest Month) “The most interesting log we did was at Spruce Spring.  A dead aspen had fallen on the spring box and was stretched, in barkless recumbency, along the trail to the little water tank.  The tank was dry, but water was still pouring, clear and cold, out of the overflow of the spring box. 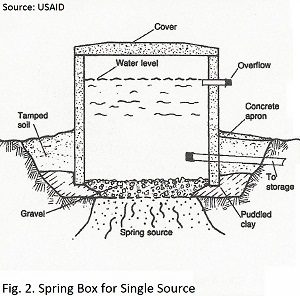 We were afraid the drain line to the storage tank had been broken by the tree, but when we cut the log and rolled it away, the hose at the little metal stock tank starting gushing water and the tank was full within minutes!  The tree had only pinched the line shut and as soon as the pressure was relieved, problem solved!”

In 2018, there was water in the spring box, but the inflow was so minimal that there was no outflow, and the stock tank was dry.  Mary Ann and I tried to revive the flow into the spring box and had fun messing with it  (Spruce Spring in a Drought). 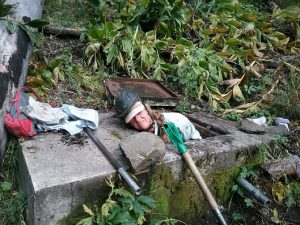 No luck.  We just had to wait for more moisture.

Earlier this year, Mary Ann was up there and the stock tank was empty, but there was some water coming out of the spring box hose.  Hmm.  There might be a leak in the tank!

And that reminds me, back in 2011, we replaced the tank! (I really though I had a blog on that, but I was running cattle in the high country that year and that was about all I seemed to blog about–I wanna be a cooow gurrrl!) 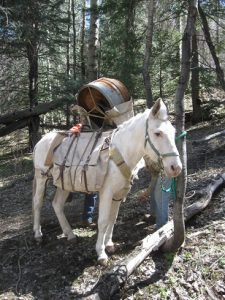 Joker brought in the new tank and took out the old tank! 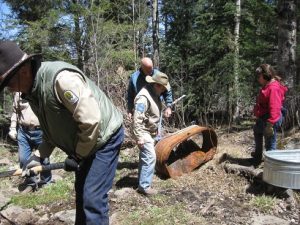 The old tank was rusted out! 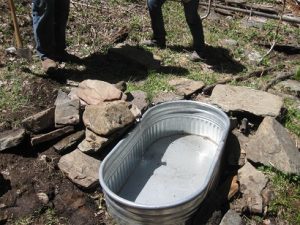 In with the new–we did a great reset job! 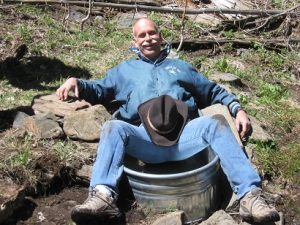 And some people are always funny! 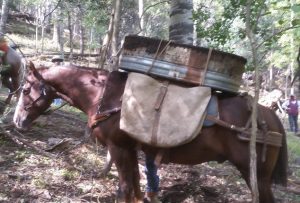 Longshot packed the new tank in and the old tank out. This tank hauling arrangement worked better than the 2011 version! 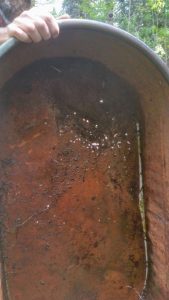 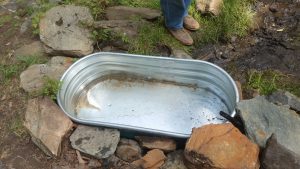 This new tank was the exact same size as the 2011 tank, so we took out the old one and plopped in the new one. No reset work needed. Easy peasy!

I am already looking forward to the 2029 replacement expedition!

And speaking of water, Amber was the lead and her mules hauled in 360 pounds (I think I did the math right) water for a trail crew working on Pine Shadow Trail at the southern end of the Manzanos.  My old guy hauled in some gear. There are horse pens and possibly a stock tank at the trail head. 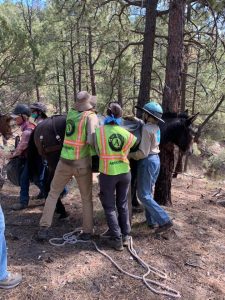 Unloading at their campsite. Water is heavy, just saying. Photo by Patty Shuert.

We are heading back up there next week to pack the empties out for the trail crew, so I will try to find that stock tank. Hopefully is it one of those old watering tanks made of cement and is full.