I am not going to deny that I was a little choked up last Saturday. LT went to college!

She will be on the Ranch Horse Team at CSU with Jordyn. She even got a scholarship (because Jordyn is paying for her expenses!) 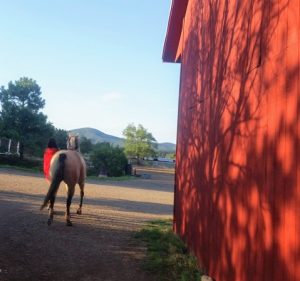 Jordyn and LT about to load up.

She almost got a room (stall/run) to herself, but I thought she would be happier in a pasture with pals. She went to rush week and got accepted to the Tri Beta Sorority (3…B…for buckskin). (It was the Di Beta before she showed up).

This worked out for Jordyn, as well, since pasture is cheaper!  Win win! 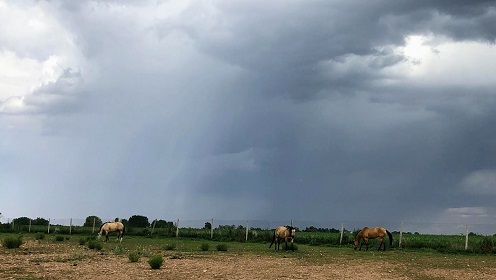 LT on the far left. Her sorority sisters are Twister and Oakley, but I do not know who is who.

She has only been there a week, so not much news to report. But she looks like herself. Ears up and inquisitive, until she is on a cow, and then it is ears back and intensity. 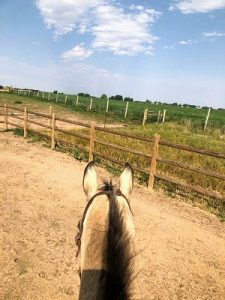 Jordyn’s view from on top! 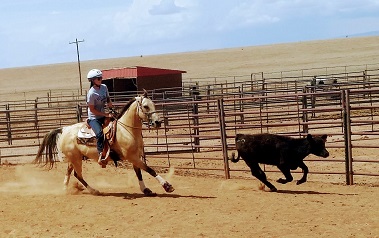 LT’s absence has messed up the herd dynamics between H, Lucy and Breeze because LT was herd boss (and a good one) and she kept H and Breeze from bickering.  She also kept H from getting too big for his britches.  Now I have to put him in with Penny every other day to scare him straight.

I think LT is going to have a good time keeping Jordyn on her toes! She might be a little bored when she comes home at the end of the school year.

4 Responses to “LT Goes to College”