A bunch of our horses are wearing fly masks. The four mares, mostly, keep theirs on.  Don’t mess with the mares! They have also trained H, a 3 year old gelding that lives with them, to keep his on.

The other four geldings, on the other hand, really feel the need to party.  Two of the younger boys (another three-year-old and a four-year-old) seem especially fond of removing and hiding them.  The older gents (19 and 23) apparently can’t stand to remain out of the fray and seem to like to be de-masked.

So, every morning, we humans get to finish the previous night’s game.  They hide the face masks, and we seek them 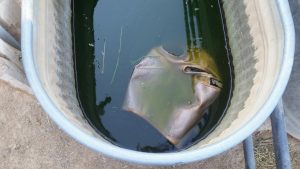 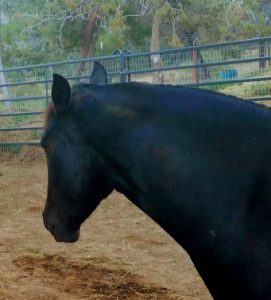 “Why, yes, BJ!  You.  The first time you hid a fly mask in the water tank, it took me quite some time it figure it out, but I am on to you now!” 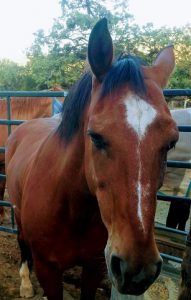 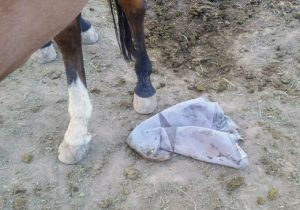 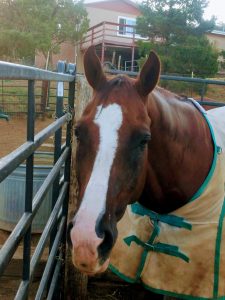 “Uh huh,” I say.  “And at 19, are you not old enough to keep your face to yourself instead of sticking it over the fence and playing the equivalent of footsie with your head?!” 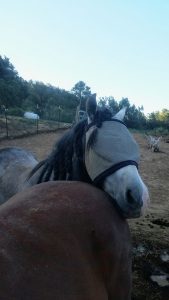 I just roll my eyes.  The whole bunch of them regularly mess with each other! None are blameless.  And I am left holding the bucket! 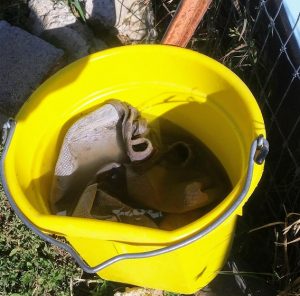 Temporarily cleaned fly masks. And, no BJ, water tank washing does not count!

They all get breakfast and are busy eating for a while, until they get ready for the next round of Hide the Fly Mask!

I am not planning to play again, at least until I get some coffee!

6 Responses to “Hide and Seek with the Fly Masks”