I got my brand renewal form, so I thought I better go buy some calves! 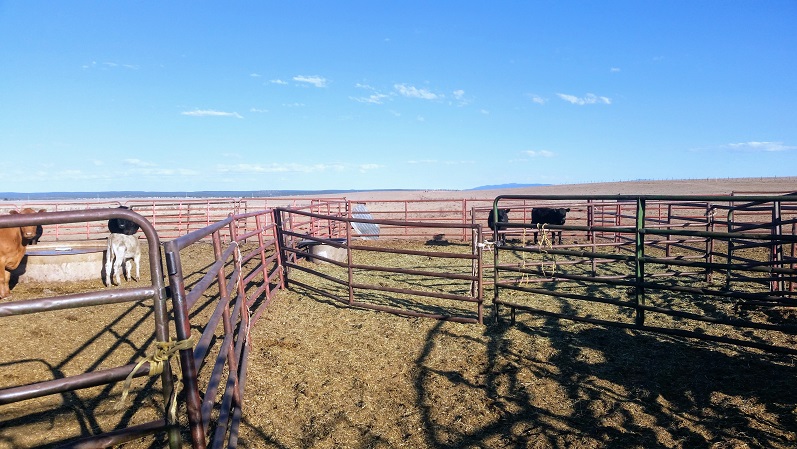 I went with my friend Peter and we picked up four: two for me and two for him.

Then, as we  hauled them over to the Tucker’s (as me and Tuckers are actually co-owners of “my” two), the fun started.

Well, I feel stupid.  I didn’t see the rubber bands up there on the testicles (even though if you look they were pretty obvious).  The seller kept calling him a bull, so I just went with it.

So we arrive and Peter backs up to the pen to unload.  Out they come, and Derek calls for the heifer to be pushed into the squeeze chute so we can brand and vaccinate her.  In she goes….and right out the other side… then right out of the pen! Squeeze chute was not shut and the pen gate wasn’t, either! Oops!

We all just kind of watch in amazement for a minute!

She trots off  towards an empty pen, so we put her in there for the moment.

Squeeze chute set correctly.  All gates shut.  James (age 9) is going to move him into the chute, but while Bull-steer IS banded and those cajones WILL fall off, he is still feeling pretty bullish.  He charges James and tosses him right up in the air.  We all start yelling at both of them and James scrambles out of the pen, a bit shaken.  Of course, he cowboys up!

We soon get Bull-steer into the squeeze chute, branded and vaccinated.  Gate is shut, so we let him out.  Then we have to move the trailer, set up a some panels, coax the heifer back into the trailer and then drive her 100 yards back to the pen with the squeeze chute.  Ok, got that done.

Nichole and I are making sure all is in order with the squeeze chute and the shots, but we are not quite ready.  Peter opens up the trailer to let the heifer out.  Bull-steer is trying to cause some sort of trouble and Derek asks him to move, so he charges Derek and puts him on the ground in a cloud of dust!  We all start yelling at them and the heifer promptly doubles back on Peter and busts free again! Derek gets away from Bull-steer, unharmed, and since the heifer is making a break in a new direction, Peter runs one way and Nichole jumps on the 4-wheeler and the two of them get her stopped.  I hurry to open the gate to the empty pen, again, and we get her back in there.

Then Peter moves the trailer, again, we reset the panels, again, and get her loaded, again! Bull-steer is feeling a little frantic at all these goings on and he is testing the fencing, but fortunately, all of that holds! 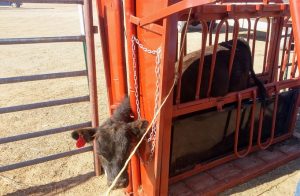 Heifer gets branded and vaccinated!

Peter starts to get ready to head off with his two, but WAIT!  We need to move my two just a little ways to the pasture they will have while they are quarantined for a week or 10 days.  Peter sighs and opens the gates to the trailer!

Heifer loads right up (well, we have been practicing with her, right?).  Bull-steer is still a little belligerent, but a hot shot helps him modify his behavior!

We unload uneventfully, except it looks like Peter is about to blow away. 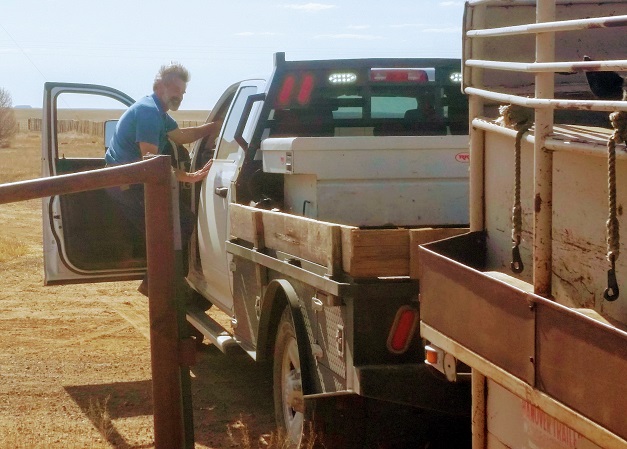 The two calves take off for the far side of their new pasture. 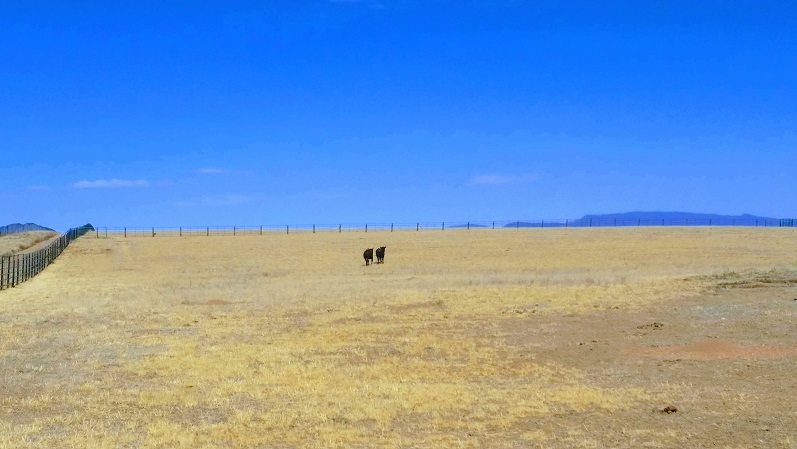 A couple of days later, Jordyn and I pushed them around a little bit. 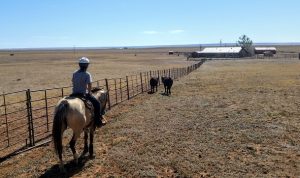 Jordyn and LT moving the calves,

The calves got of quarantine this week and we are going over there today (Friday)  to see if they will learn to come in to the cowhorse pen with the others so we can get some work done with the horses!  I might let you know how that turns out next week…Hopefully Bull-steer has mellowed out a little bit!