I rode with with my usual Friday group, and we now, after lo, these many years, have an official name: No, were are not “The Covid 5”.  We are “The Flat Stirrup Crew”. 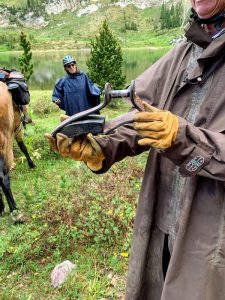 Yes, the stirrup was literally flattened! Siri says it gives a whole a new perspective on collapsible gear! Photos by Patty S.

We are not exactly sure how this occurred.  Either Siri’s horse laid down while no one was looking or he squashed it against the rather small tree to which he was tied at Pecos Baldy Lake.

Surely, I thought, we could fix it.

The metal was unfortunately sturdy, even in the flattened state, so we resorted to the only tools we could find.  Rocks.

We hammered, and stuck rocks inside, and used rocks for leverage, and by golly… 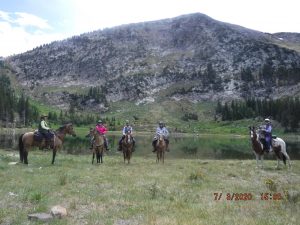 The Flat Stirrup Crew at Pecos Baldy Lake. Picture for us taken by a random hiker. 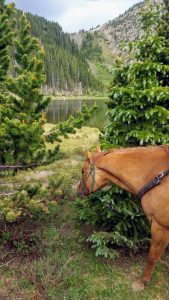 Penny! The light was just right! 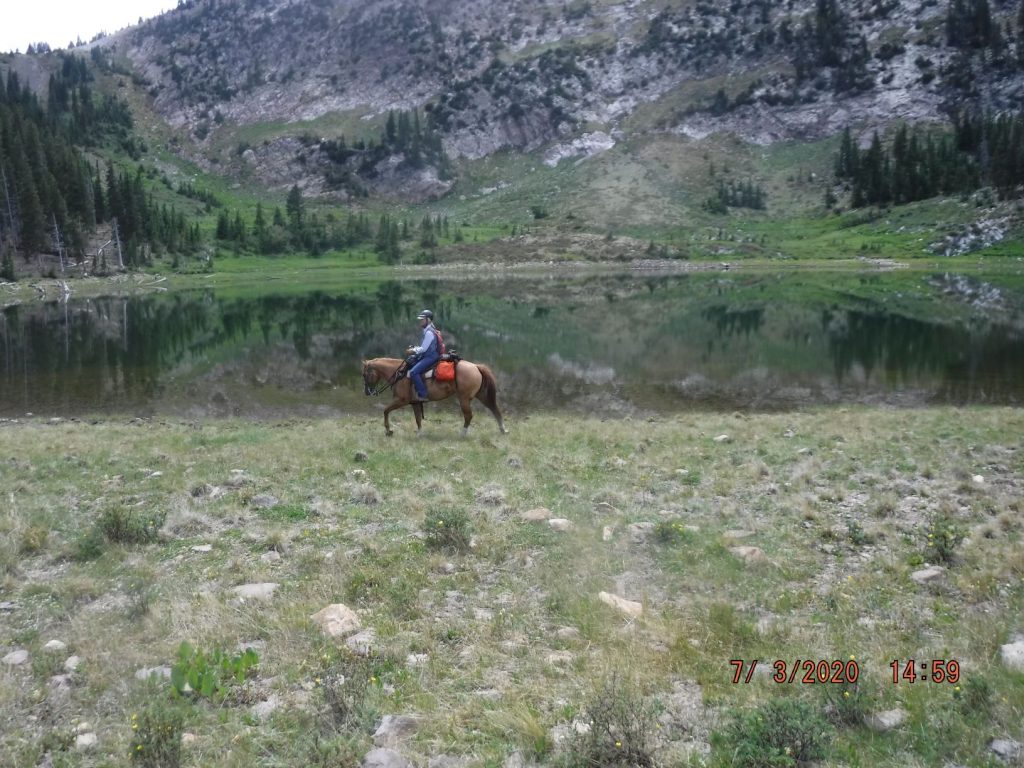 Penny at Baldy Lake, after the little rain storm. I mean, I say this every other week, but really, how lucky are we to be able to go some place like this on a little day trip? Photo by Siri.

We had a fine ride down to Jack’s Creek Trailhead and on the way Patty S. convinced her horse to do a solo water crossing, with a little help from Penny, the mentor horse! 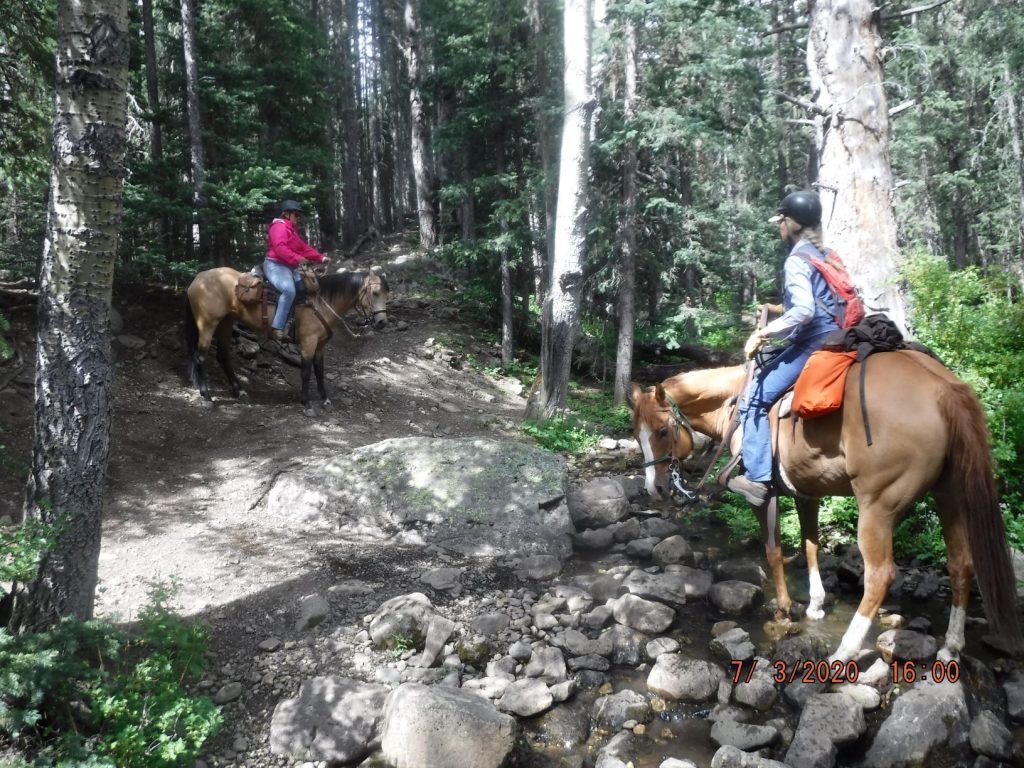 “You can do it! ” I am saying. Penny is saying, “How long do I have to stand in this water, again?” Photo by Siri.

It was a very fine day, indeed!

4 Responses to “The Flat Stirrup Crew”