We had one heck of a snowstorm on Monday, and by Thursday, you could hardly tell!

Monday: We woke up (left) to SNOW and by the afternoon…still snowing (right). 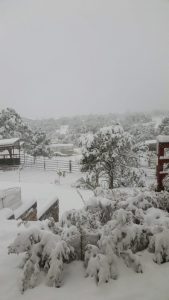 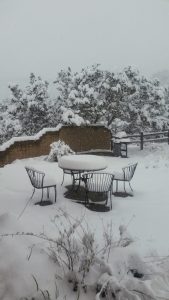 Tuesday:  In the morning it was still very snowy!  By the afternoon, it had warmed up and the snow was greatly reduced.  It was astonishing! 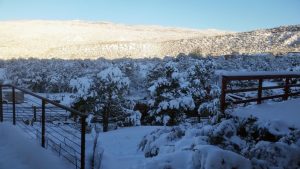 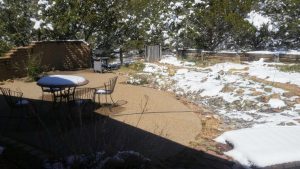 Tuesday had some other interesting sights. 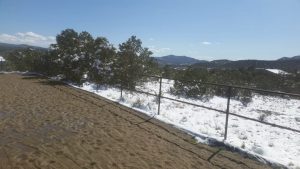 The arena melted right off Tuesday, but the meadow did not clear until Wednesday! 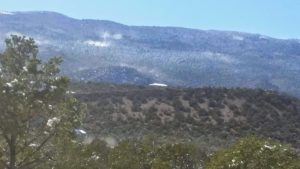 We had wind on Tuesday. Up on the mountain, the snow was blowing around and it looked like smoke! 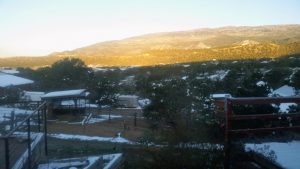 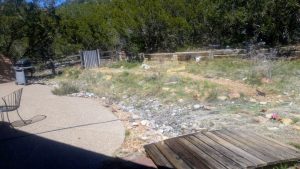 Thursday morning: There was snow, but you can’t see any in this shot!  By Thursday afternoon, not only was there almost no snow, there was hardly any mud! It dried up that fast. 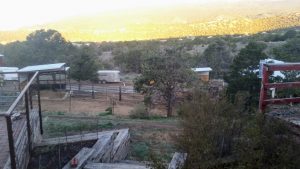 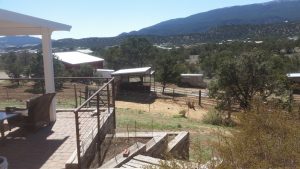 Lucy got to practice ground tying.

Sombra is working under saddle now!  He is just walking, but he doing really well so far! 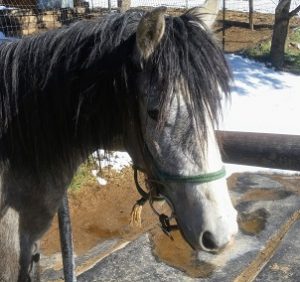 (This was Tuesday by the way–there is still snow.) Sombra says: “yes, i am working under saddle. but when i am not under saddle i am very very busy flirting with all the mares, especially Penny.  i am dun in for her (get it? she is a dun?), but she seems to have a thing for leo(!), who is twice as big as me and 6 or 7 times older so i tried to beat him up. the fence kind of protected him but if it were not for the fence i would have won.”

This is the arena Thursday. H is just a lot of fun to ride.  And, look!  A lead change!