I was listening to the Podcast, “Along for the ride: Phil Rapp & Andrea Fappani” and they were talking about what made great cutting and great reining horses.  They got to talking about grit and trainability. But before we get to that:

Andrea Fappani is a reining horse trainer; “National Reining Horse Association “NRHA” 5.7 Million Dollar Rider was born and raised in Italy and followed his dream of moving to the USA and becoming one of the all-time leading trainers in the Performance Horse industry. His focus, drive and passion for excellence not only made him the youngest NRHA million Dollar Rider, along the way he has been recognized for his ability to teach and advocate exceptional horsemanship.” (from the podcast blurb)

Back in the summer of 1980 and ’81 when I was 18 and 19, I worked at a horse ranch camp called K-Arrow near Jamestown, California.  We had a camper named Phil Rapp who was about 10.  I had always wondered if it was the same Phil Rapp.  Pretty sure it was because in the podcast he says he is 50 (I am am 58, so the age is right), he lived in northern California and spent summers at a horse camp.  I don’t actually remember all that many campers, but this kid came from a well-to-do-family (Phil Rapp’s dad was very successful in the hotel business) and he brought his own horse.  It was a super nice sorrel (as I recall, anyway) pony and that is why I remember him.  We also had Captain and Tenille’s kids or band member’s kids, but they didn’t bring  a horse, so I don’t remember their names.  I do remember a lot of the horses…of course….

Returning to the topic.

Phil and Andrea were talking about what makes a great cutter or a great reiner and they were talking about whether horse learned easily and well and whether it would perform under stress, when tired, or when a little sore.  Trainability and grit.  So, I started thinking about some of my horses, which are obviously not in the million dollar winning category, but this was still fun to think about.

LT.  Tons of grit, but kinda low on the trainability scale.  I did not ride her on Back Country projects until she was five and I didn’t campaign her seriously until she was five, either, because it took me that long to get it all together with her.  At five she still could not stand still and while I had hoped she would be an all around ranch versatility type horse, it turned out reined cow horse was her thing.  At five, she was National Appaloosa Jr Cow Horse Champ and Reserve in Jr Reining.  At the Appaloosa World Show that year, she was reserve in Jr. cow horse by a mere half a point.  She pulled up sore after her go, but in the pen, she gave it her all.   I still get a little choked up thinking about that run, as it was a lifetime highlight for me, with a horse that never said quit.  Grit. 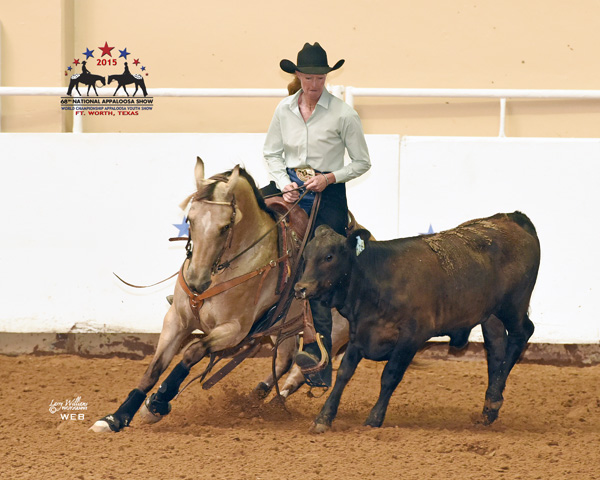 I love the look in her eye! 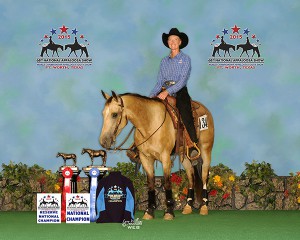 H.  H is just at the start of his career, but I am so impressed with this horse.  I took him to a show and I showed him in a trail class on 25 rides last October.  He completed every obstacle really well, but he couldn’t quite get the gate closed.  He basically did almost everything he was told, as if he was born knowing it. I am still astonished by this. Trainability. 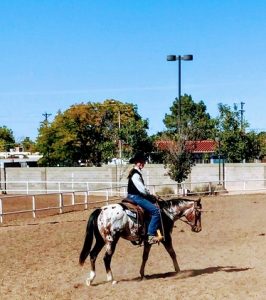 He now has about six months under saddle and has spend the last few of those working on his cow stuff with Clay Hight of Hight Performance Horses, while I floundered around trying to find cattle to work (found some, and H will be home next weekend).

Plus, Clay took him to do ranch work in February.  Clay roped and H dragged calves to the fire–took to it immediately (except the smoke–that took him a bit).  Trainability.

I have LT and LT’s dad (Reserve Jr. Appaloosa Cow at Nationals) to compare to, and I think H is going to be better.  And since I keep spouting off about him, I am going to have to make sure I do my job right and get him there. 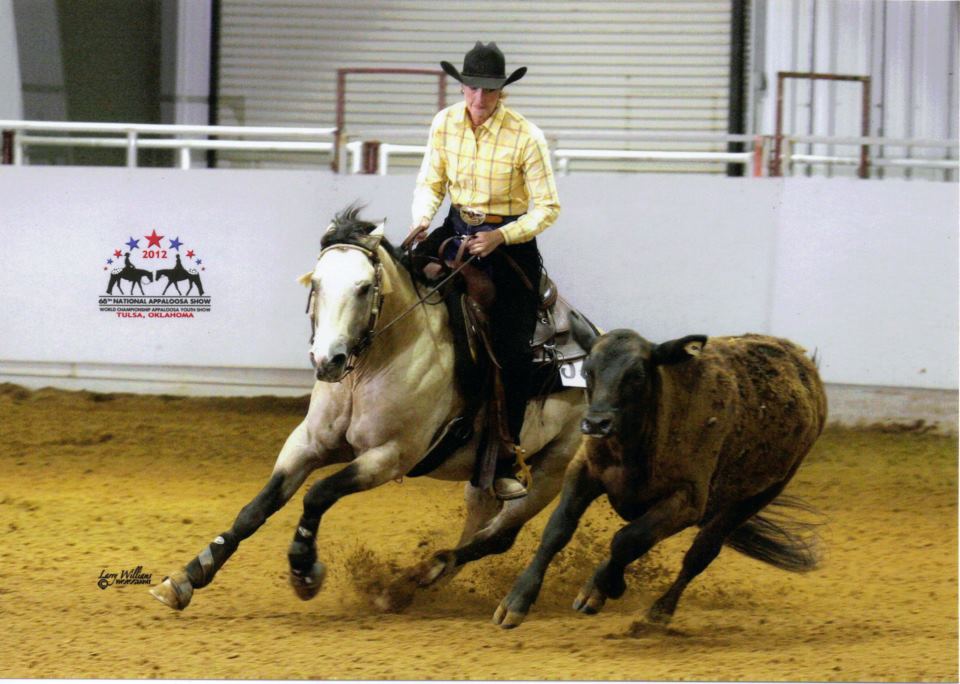 Me and Buckshot, LT’s Dad, owned by Whispering Spirit Ranch.

Lucy: Also very high on the trainability scale! Dang she is easy.  I fear to say she might be a little lower on the grit scale. She will give speed a go for a time or two and then she figures she has done enough and I should have got whatever it is I was trying to do, done!

On the other hand that is actually ok, overall, because while she might not have the killer instinct that LT had on cows, when we are done with anything, she almost immediately returns to relaxed. She might even take a nap. 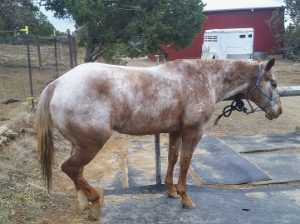 if u don’t have a job in mind, i think i will take a nap. zzzzzz

Perhaps world champion open cow horse isn’t going to be her big event, but she sure has a future in the ranch classes and as a go-to horse around here, and besides, “I love Lucy!”

If you end up needing a password for the above video (By Bill Shuert), enter “wilber”.

We were planning on a couple shows with Lucy and H in April, but the SARS-COV-2 virus is throwing a wrench in the works. And it looks like my school will end up closing this weekend or next week.

Stay safe everyone and wash your hands a lot.