Walkin N Circles, the horse rescue in Edgewood, NM, held their first fun show of the year last Saturday (2/15/20)  and despite the big snow earlier in the week, a fair number of people were able to get their horses demudded and their trailers out to come show.

Fortunately Patty Shuert was there, hung out with me the whole time, helped keep my score sheets in order, and took a bunch of pictures! 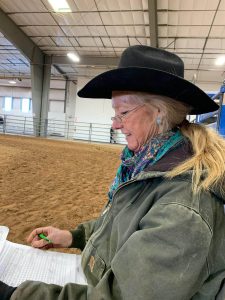 It was chilly in the arena, so I was happy to have my heavy coat and a scarf. This is the second time in the past week I have seen pictures of my face. I would just like to point out that I am about 20 years younger in my mind than my chronological age. Of course, I would like to have fewer wrinkles and sags, but if I am going to spend big money, it is likely to be on horse stuff or travel and not a nip and a tuck!

I was worried that my trail pattern would be too easy, but it turned out to be just fine. 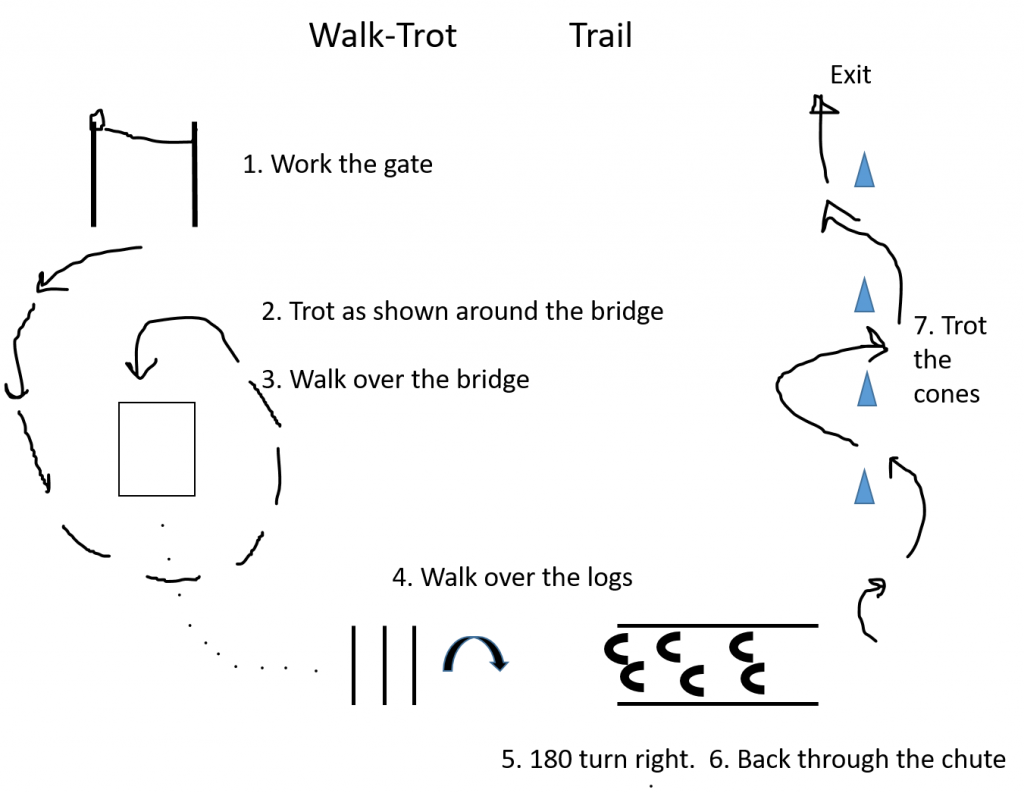 The hardest parts in order of difficulty, based on my recollection, not actual data, were the back through and the bridge.

The back through had two components that made it difficult.  One was that the animal had to be turned first and then lined up to back.  Getting aligned with the chute was tricky.   If the logs are offset so that one sticks out farther than the other, it is easier to line up because there is an outside log to line up against.  These logs were not offset, so one had to use the landmarks in the arena to know when one was lined up properly.  It is also possible to look down and back at the logs, but that shift of weight can result in the horse moving out from under the rider in response to the weight shift.

The second tricky part was backing(!),

The bridge was a bit narrow, so that was a good challenge, and even if a horse is fine over the bridge at home, whenever the obstacle changes location or is a different size or shape or color, equines often notice and become suspicious! With enough practice, they usually begin to generalize and then are less thrown by variation.

Everyone seemed to enjoy themselves and I had fun judging all sorts of equine, from small to big!! 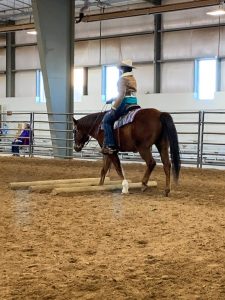 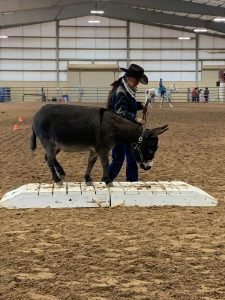 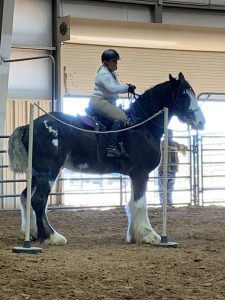 In other news, my arena was way too wet to use after Tuesday’s snow last week, so I hauled the three girls down to Vista Sandia, a public arena in Albuquerque, on Friday and Saturday.  On Friday, I arrived just as a friend had finished and on Saturday, I had the whole arena to myself.  It is a really nice facility and I will try to make more use of it this year! 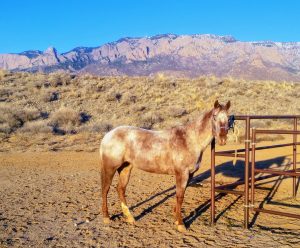 Lucy.  She had the big arena to practice going “fast”.  Fast is not her first choice, but she is figuring it out, and also got a bit of sliding stopping going on. She is getting sliders (back shoes that will increase her sliding ability) this week. 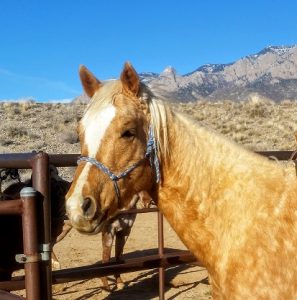 Coco had rides 25 and 26 there. We used the round pen, which has a big raised walking path near it, so the cyclists and pedestrians that kept “appearing” took a little getting used to, but she was able to walk, trot and lope and was noticeably more relaxed the second day. I made sure the other two girls were tied nearby to keep her company. 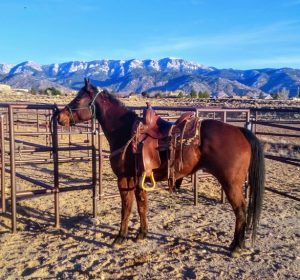 Birdie had rides 2 and 3 in the round pen. She is a busy type and notices everything, but she is also pretty game, so she handled the new location well. She even had a few decent trot steps. She is LT’s half sister.