Last weekend was the end of the Back Country Horseman trail season.  We had nine riders and ten equines that rode out of Red Canyon trailhead in the Manzanos on Box Trail. I rode H and Lucy got to haul the tools. Cometa was the lead horse with Jim. 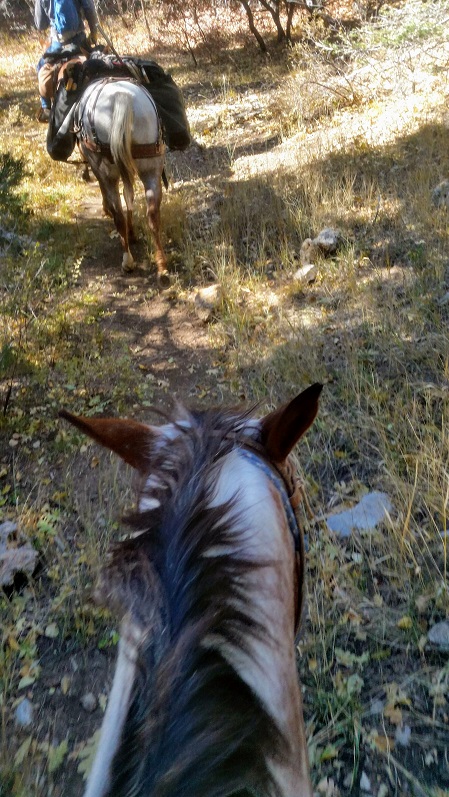 Lucy packing tools and H tooling along behind.

We did a fair amount of lopping (not loping) and cleared a few small trees.  H got to practice standing tied to a tree. 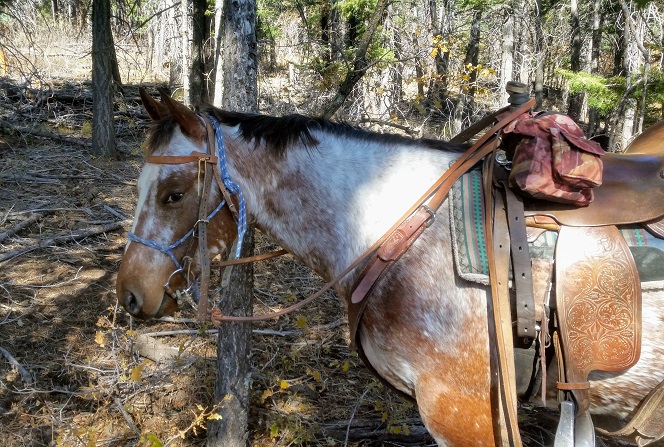 Mr. Cool as a Cucumber. 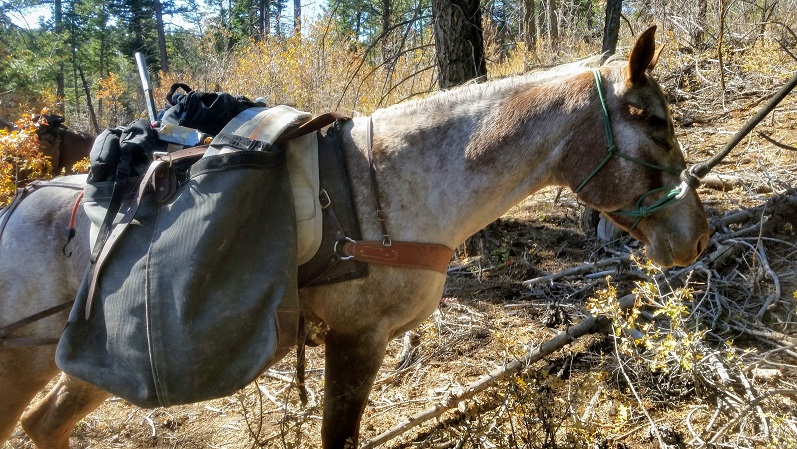 Lucy carried loppers, hand saws, the two-man saw, wedges, an axe, a pry bar, helmets, and a ginormous fist aid kit. She was easy to pack. I have no idea why she is sleeping and leaning on her halter like that.  It seems uncomfortable…

We continued to the junction of Box and Ox and went down to the Ox trail head and had lunch at the picnic tables.  The consensus was that the pit toilet there was a highlight!  Clean, didn’t stink, and comfortably warm on this slightly chilly day.

After lunch we headed up Ox and came across the one biggish tree of the day. 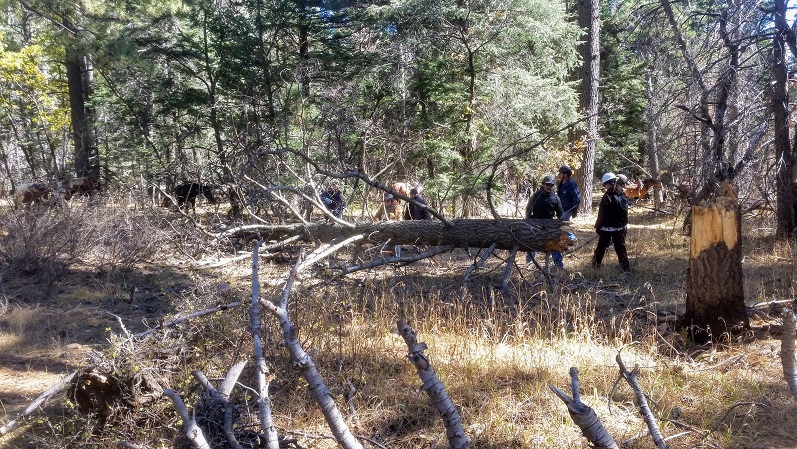 It was fairly rotten and it was dispatched post haste. 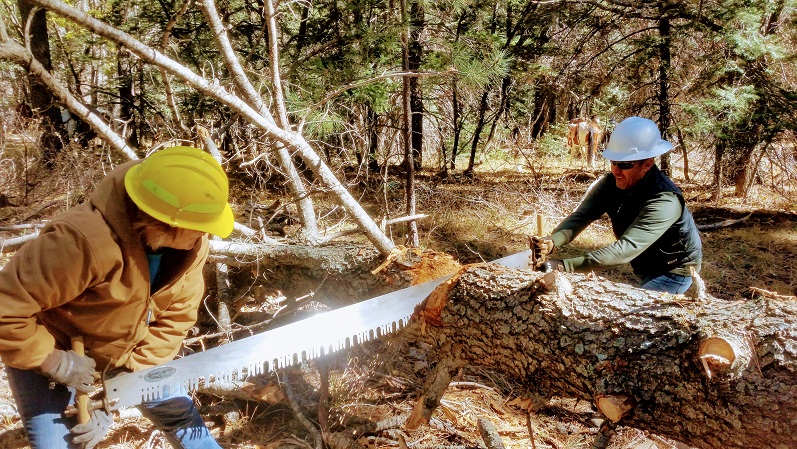 We rode a little further and then turned back when we were out of time.

It was a lovely ride!

Little did we know that Cometa caught the “Crusty Crud” and so did Patty S.’s horse Chilly.

Every year when we take Cometa hunting in the north in the fall he comes back with this Crud.  It is little weeping welts that crust over into hard scabs of serum.  It kind of looks like sap, but it is not sticky. They do not itch and they are not evenly distributed like hives

The first year Cometa got this he had a couple of weeping areas that were bigger than my hand, and I called the vet. In subsequent years the individual spots were relatively smaller. 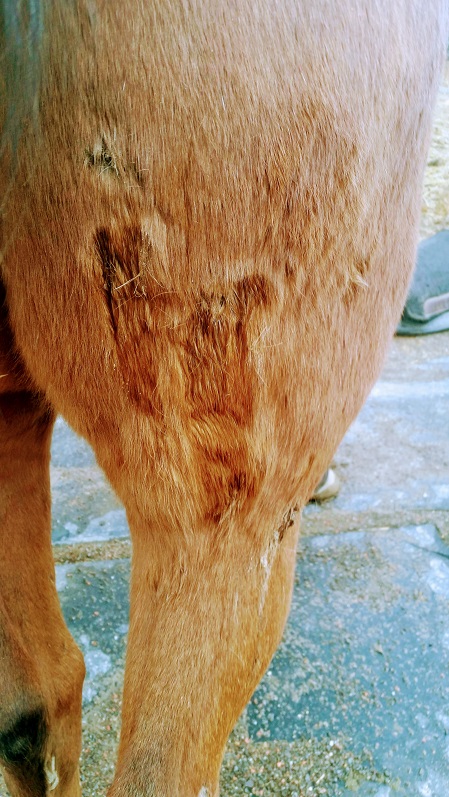 Spots that weep and then crust over. They take months to heal, but don’t seem to itch or otherwise annoy the horse.

I did not think the Crud would come on in the Manzanos. I was wrong! On Tuesday we began to notice them and by Thursday there were a bunch on his butt.  The weepy regions are larger than we have seen in a few years.

The spots increase in number and sometimes in size for a little bit and then they go away, but it does take a while.

Neither Lucy nor H got any from the Manzano trip. Penny was the only one that got any Crud Crusts from the hunting trip and that was only one small one.

I do not know what causes this.  Perhaps it is a reaction to some biting insect, but it must be must be a really tiny insect because I never notice them, and the lack of itchiness is unlike allergic reactions.

Fortunately, the spots seem more annoying to us humans than they do to the afflicted horse and they have always healed up without any issues!

7 Responses to “Cometa gets the Fall Crud”