Don’t forget the fund raiser for the Jicarilla Mustang Heritage Alliance.  We are hoping for RSVPs so we know how much food to buy! Blog on down below. 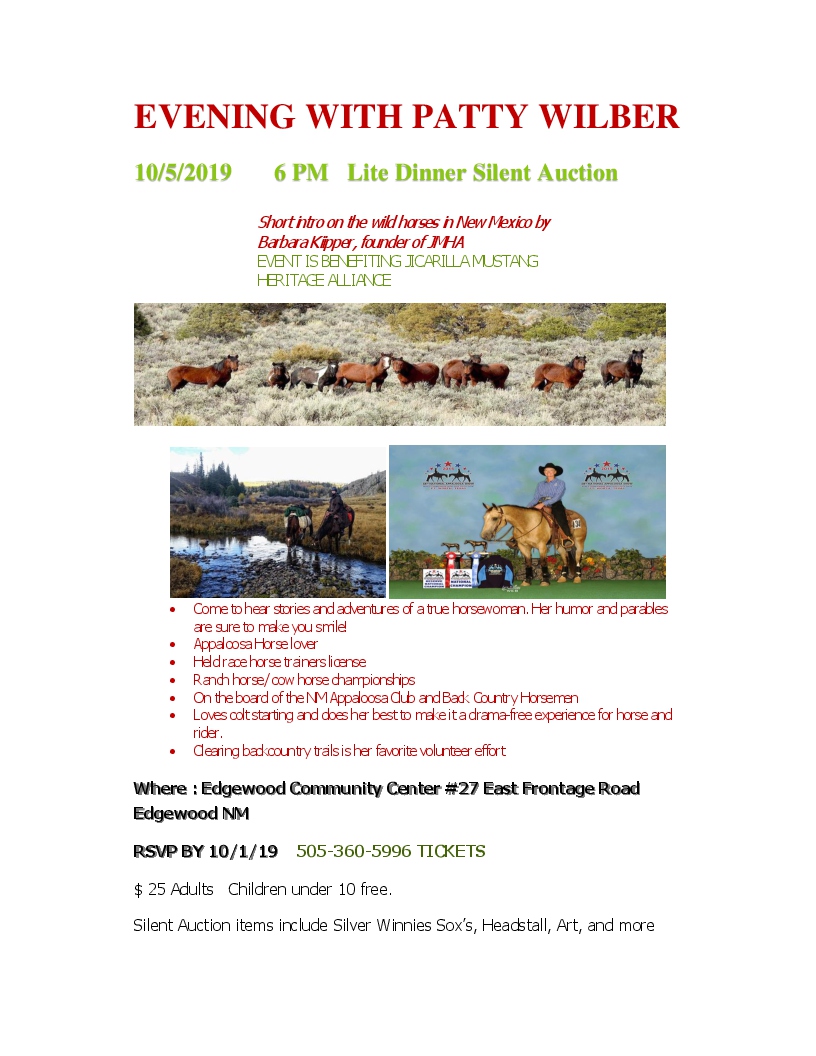 I went to the Pecos Wilderness last Friday with the Back County Horsemen (and so very unfortunately had to miss a faculty meeting to do so). It was one of those stunning late summer/early fall days.  Very clear, a bit breezy, and the perfect temperature.  I wore a windbreaker and a silk scarf for “warmth”. The aspens are not yet beginning to turn to their golden yellow, but the air and the light have an end of summer feel. 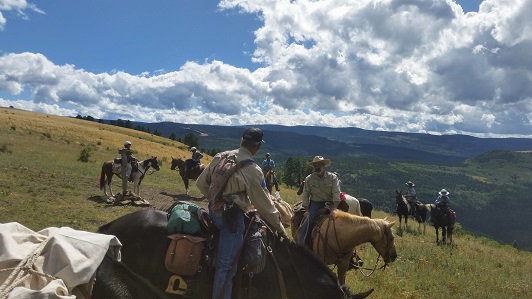 Richard and Peter in the foreground. Top of the climb out of Jack’s Creek. We went left (toward me, the picture taker) to the junction of Rito Perro and Dockweiler. I haven’t been over there in a while!

We packed in equipment for a small trail crew.

Not to get too sappy, but how lucky am I to be able to go to such gorgeous places, while providing a real service to the park, with people and horses I really like, on my birthday?

Longshot is a personal horse friend of Jim and mine. In 2010, we saved his life, after all. He was born with severely contracted tendons in his left front leg.  Under the guidance of Dr. Dralle, and with the miracle of oxytetracycline to loosen those tendons, Jim and I changed his splints and managed his care while his owner, Peter, was on an elk hunt. In just a few days he went from walking on his pastern (left) to looking pretty normal (right). 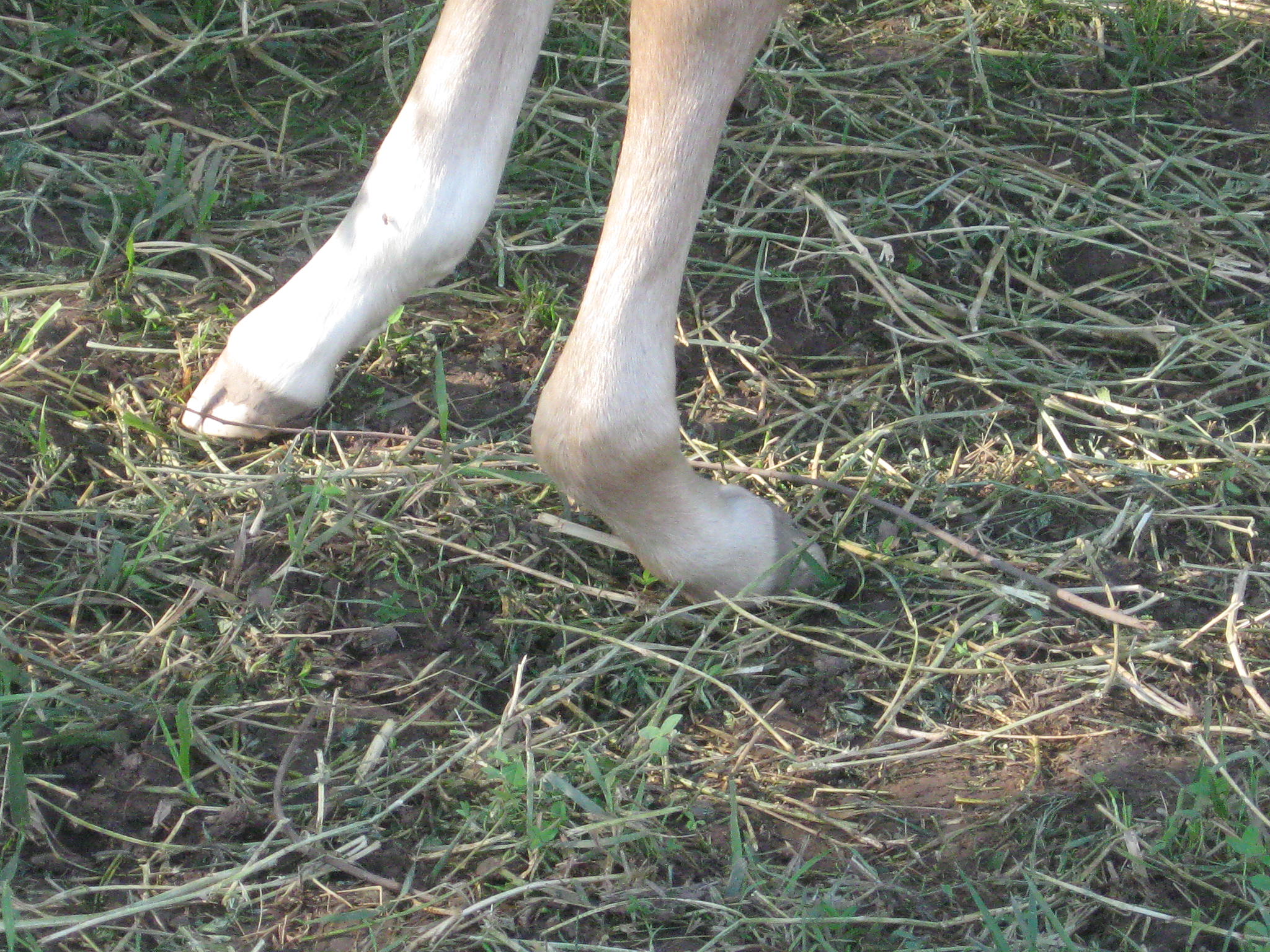 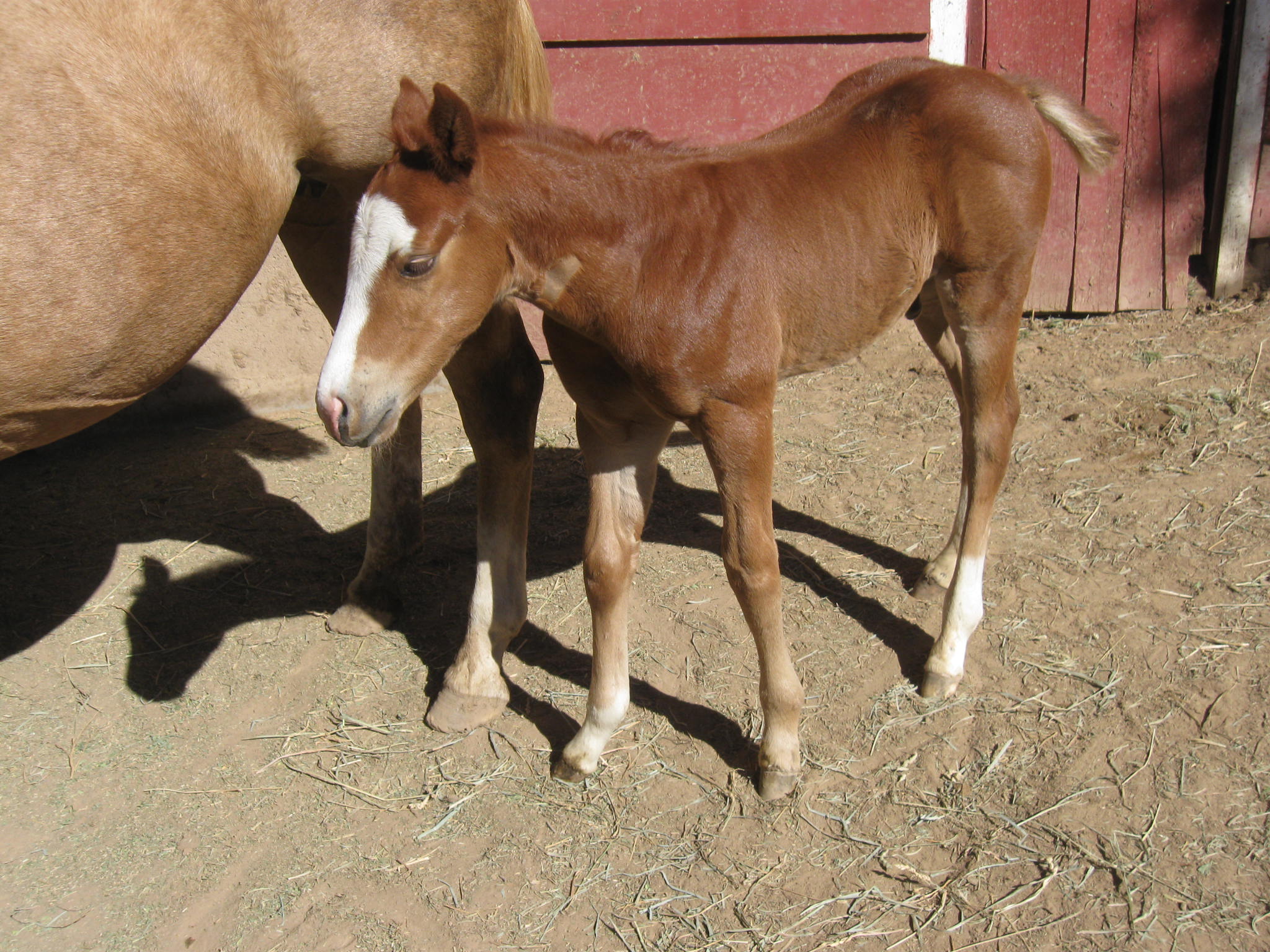 The main reason we were able to save him was because he was narcoleptic during that first week of treatment–although I am not sure that is really the correct term for this case.  Unlike most foals, he was super easy to catch and when Jim would take hold of him, he would immediately fall asleep, which allowed me to unwrap and rewrap his splints.  Since we had to do this twice a day, it was providential that we did not have to fight with him while putting on all the layers required to reduce tissue damage (foal skin is pretty sensitive) while getting the leg straightened.

Despite our best efforts, he did end up with some white spots on his leg from the splint pressure, but he is 100% sound and is nine years old, now.  On Friday, I rode Penny and ponied him.

Penny is a wonderful mare, and at 12 is so easy in the back-country, but she still can sometimes be a bit mare-y. 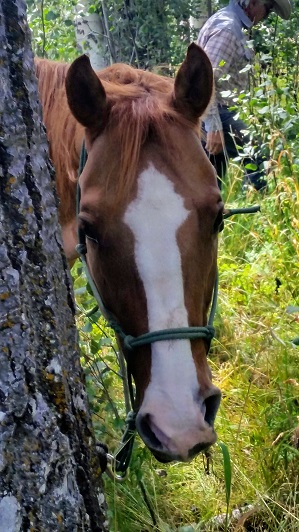 She does know Longshot since he lived at our house for a while when LT (also nine) was young and needed a playmate, but by the way back, Penny was feeling grumpy with him for some reason and tried giving him the evil eye and the swishy tail in order to intimidate him.

Longshot did not go narcoleptic and fall asleep.

He gave her a stoned surfer dude attitude, and 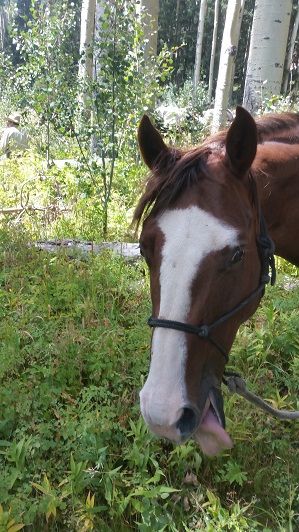 She quickly gave up being crabby at him due to his lack of response and we had a nice, congenial ride out. 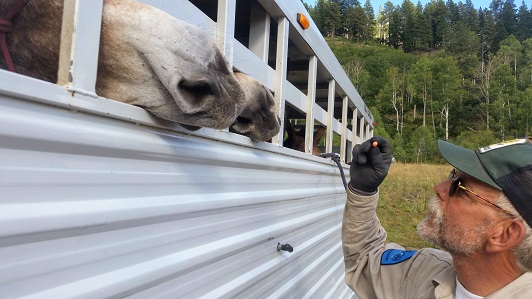 I had to put this in! Richard giving his mules a carrot treat before driving down the mountain.