The Couch Princess Rocks On!
by Doranna 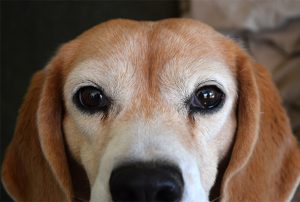 Alice has been here three years this month, which makes her eight years old.

All things being equal, we like to get our dogs as pups and start training right away.  But some times all things aren’t equal, and one ends up with a hole in the pack, and and one is really, REALLY lucky when the perfect dog comes along to fill it. 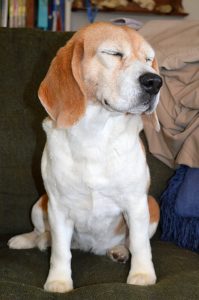 The Princess is too modest for paparazzi.

We lost our pack princess, and five-year-old Alice happened to be looking for her own pack.  She was everything we hoped for–a well-socialized champion of lovely temperament from an expert breeder, the perfect age for our pack, and the boys luuuurved her at first sight.

Alice is a soft, sweet, giggly girl who wasn’t reliably housetrained because she’d talked herself into believing she had no other option.  (Demonstrably not true, but this is the way of it sometimes.)  Because of that, she’d gotten into the habit of bedwetting from a deep sleep…even if sitting on the couch right beside you.  (Ask me how I know.)

We knew this ahead of time, of course; my hope was to resolve this issue in time but without rushing her, and we had plenty of options to manage it in the meanwhile.

We also hoped she would like to play in rally obedience, but again, without rushing.  Because of her soft nature, I gave her nearly half a year of settling in and structure before we started training games, plenty of chance to connect and feel safe.  (I’m sure this time frame could have been sped up considerably, but I had no reason to push it and I didn’t.) 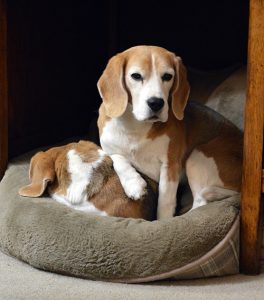 Dart (sitting) doesn’t like Alice at all. Not one little bit. He never cuddles with her. At all.

It was another year before she tested for her CGC, and then a few more months before her first rally trial. She earned her novice title in three straight classes with high placements.  That makes her an Achiever Dog, too!  (CH Luvbug Copper Rose More Than Feeling RN CGC)

And, she would like you to know, we worked on housetraining along the way and she’s been accident-free for well over a year.  She also giggles a lot, asks for training sometimes, and has learned to ring a bell on command just for kicks.

All of that’s just a bonus, because the moment she walked into our yard, she owned it.  She became the stabilizing center of our pack, and in that she has never wavered.  We are unendingly proud of the way she broke through her own preconceptions about learning and, er, peeing, and we adore her.

Every year for Gotcha Month, Alice likes to donate to adoption organizations.  She usually chooses Animal Humane and All Ears Basset Sanctuary, both of which with we’ve had personal experience and admire greatly.

She thinks all sweet, giggly lady dogs should have their Gotcha Months, too. 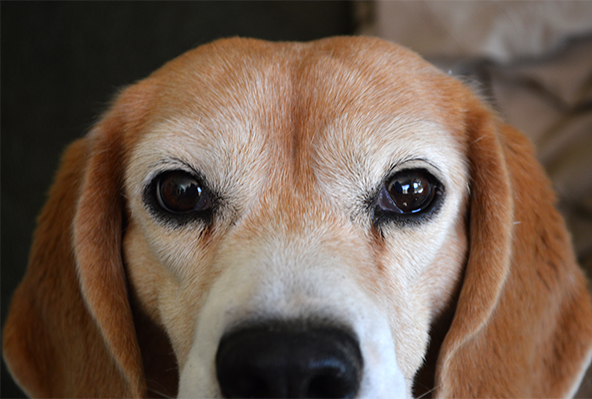