Last weekend was our first official Back Country Horsemen, Pecos Chapter, work project of the year: Box Trail to Ox Canyon Trail in the Manzano Mountains.

Amber was the project lead and she packed the tools, so Jim and I brought only two horses: Lucy and Cometa. 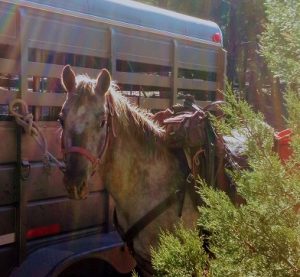 Lucy. (She makes me smile!)

This is an easy trail, so I figured it would be a good first large group ride for Lucy.

I forgot one little detail.  The stream.  For the last few years, our snowpack has been so sparse that the creek in Red Canyon has been dry.

This year, it is running quite well, thank-you, and Box Trail crosses it right away.

Lucy had never crossed water. One of the rules of BCH is that you should bring a mount that can handle the job, not a training project, so I was a little embarrassed to be in a position of non-compliance within two minutes of the start! 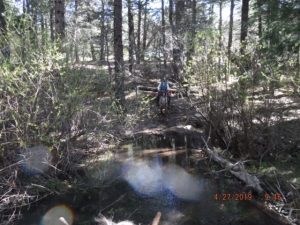 After a few minutes of asking and not much progress, I dismounted, gave her lead rope to Jim on Cometa, tapped her on the butt as added incentive to follow the leader, Cometa, and in she went.

Whew. We could proceed with not much down time! (I crossed on some logs.) 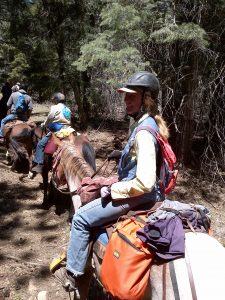 Lucy was happy where ever she was in the group, and this was her first time with the saddle bags (but I knew she was up for that!). Photo by Siri.

There were surprisingly few trees down on Box, but we did come to a nice wreck on Ox. 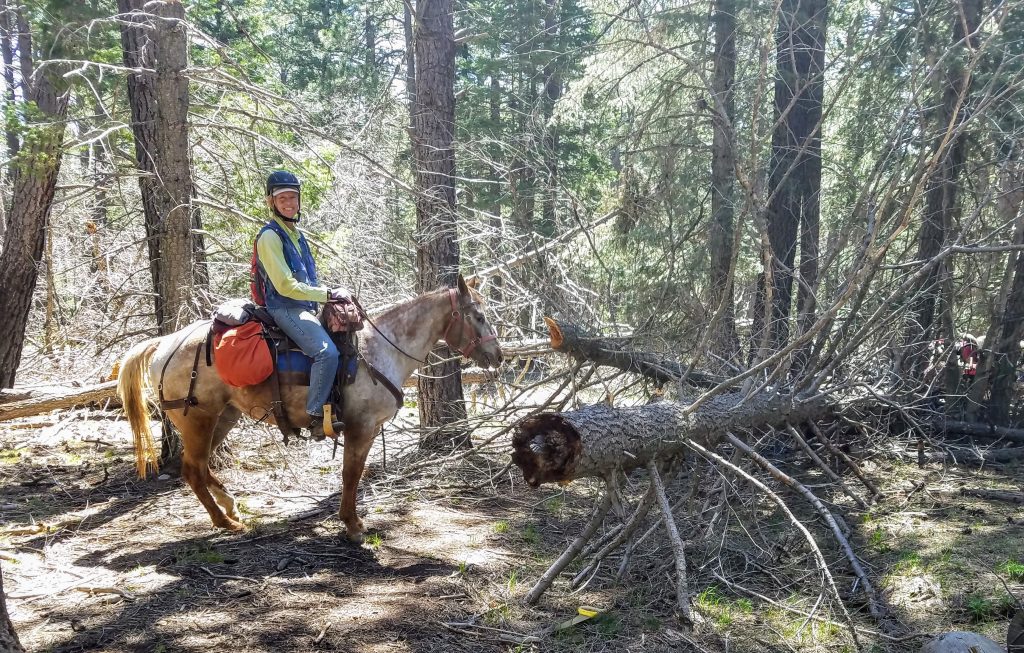 All the logs in front of Lucy and one behind her nose were on the trail and had to be cleared. She is wearing her britchin to keep the saddle from sliding up on her neck.  She is still growing and her hip is higher than her withers. Photo by Keith K.

There were 15 people on this ride.  Fifteen hard workers can clear a wreck like that in a very short amount of time! Done. In a flash! Onward! 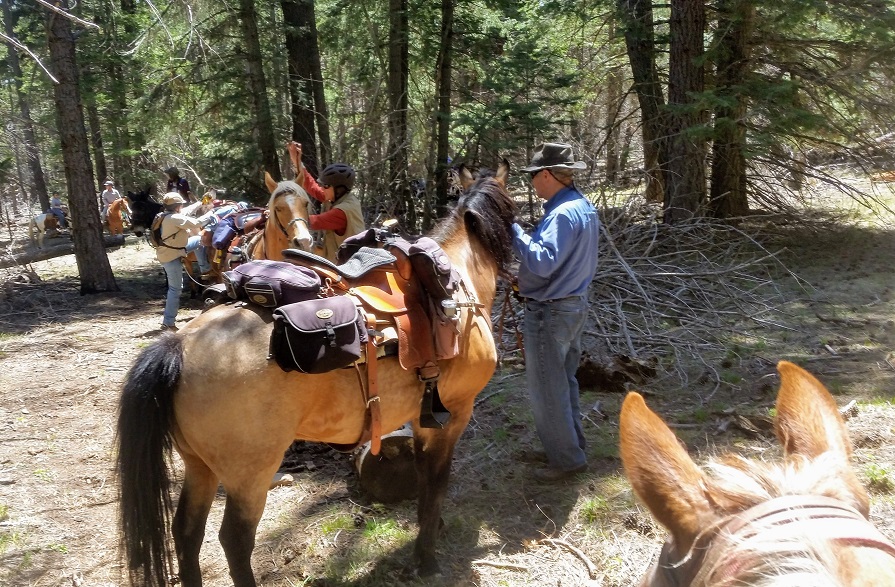 I liked how this photo looked like there were people in various stages of mounting. Keith in foreground, then  Siri and Amber. Siri is actually adjusting something for on Keith’s horse.

We rode up a bit farther on Ox Canyon Trail, and turned around before the trail got to its trickier spots. (Yay!)

We saw quite a few deer in the regenerating burn area, and we did some lopping of the scrub oak that was starting to edge onto the margins of the trail.

Lucy pulled rear guard on the last bit.  This made it easy to stay and practice the water at the end.

Pat (the person) and Regina (the horse) had worked on water crossing on our training ride at Golden, so this was a great chance to solidify!  After the end-of-the-day practice, Regina could lead across the water!

At the practice site, Lucy was able to follow right away and she could lead across the non-muddy side, but still needed mentoring on the muddy side.  The water did make her nervous, so I was very pleased by her can-do attitude.  She will need more work, but it was a fine start to the back country aspect of her career. 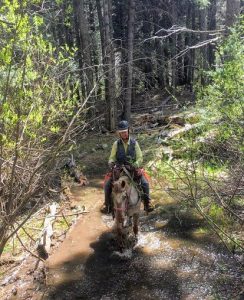 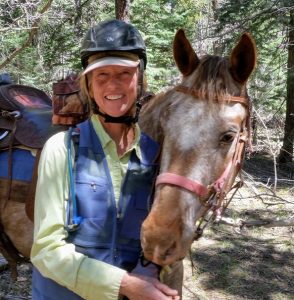 P.S.  Atti is resting for another month with her sprain.  Not a single gimpy step, but she had some swelling and is not done healing, as per the vet.  I am missing her awesome self.