I have trained five horses that I showed at the World level and every one of them placed (hunter hack, yearling lunge line, trail, reining, working cow horse, western riding). Three of them (Ali, LT, Buckshot) won national or world titles.  None of them, including the stallion, lived in a stall, none of them lived alone, and they were slightly hairier than typical World competitors, despite my concession to slick-haired convention (I blanketed them, because they didn’t live in a heated barn or under lights). 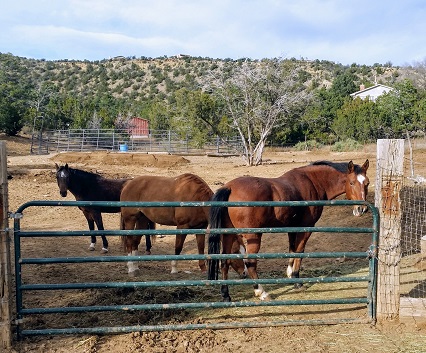 Maybe I should change my business name to Bunny Hugger Stables, but I think that, despite the inherent risks of housing horses outside, in large pens, in groups, the mental health benefits are huge.

In addition, some of my young horses have had big training attitude adjustments when their equine companions, instead of me, teach them social skills.  Somehow improved equine social skills translates well to improved horse-human interactions (and trainability). Atti, especially, is so much more relaxed and so much less pesty, if she has other equines with which to interact. 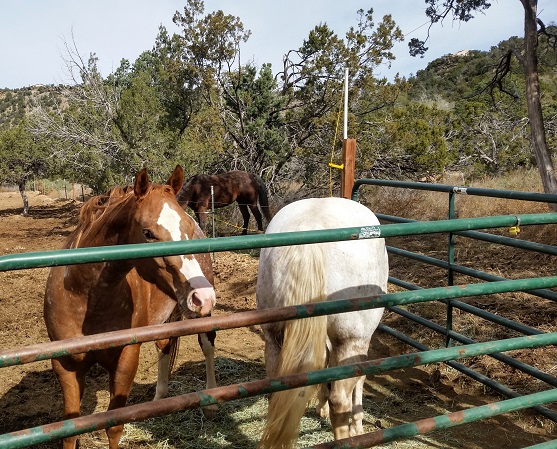 Ellie, chestnut, Atti, big butt. These two are half sisters. Atti has been here a year and Ellie just came. They recognized each other and immediately were comfortable together. 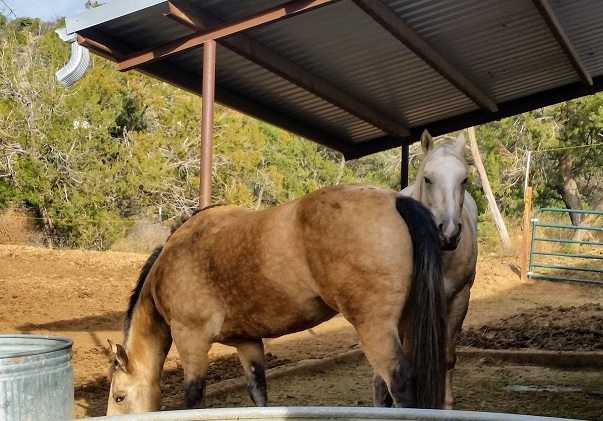 LT is easily the most neurotic horse I own and she hates to be alone. When she was a young horse, I had a hard time keeping weight on her, perhaps because she was bit kinetic.  If I tried to keep her by herself to ensure she got lots of food, her response was to eat less.  She has mellowed some. 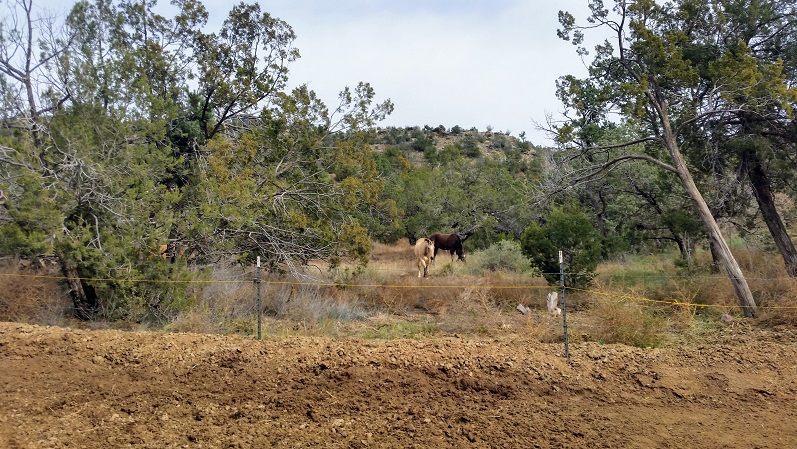 LT also likes familiar. If I turn them out, she is usually the first to want to come back to her “normal” pen. 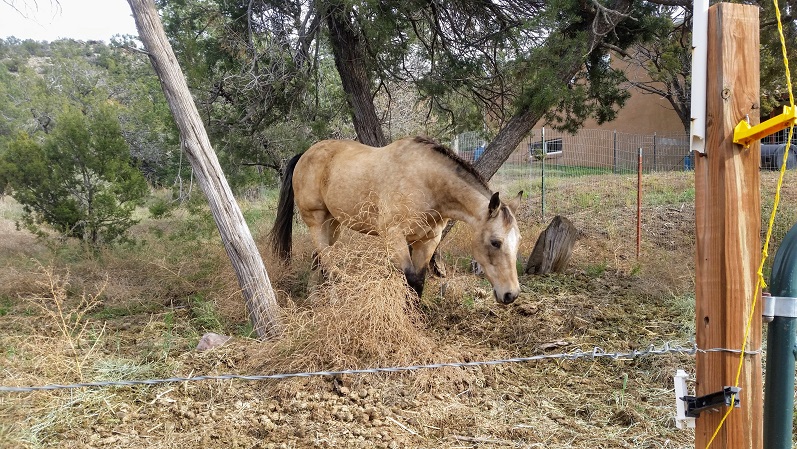 Open gate, and horses go through, a lot of the time. LT. 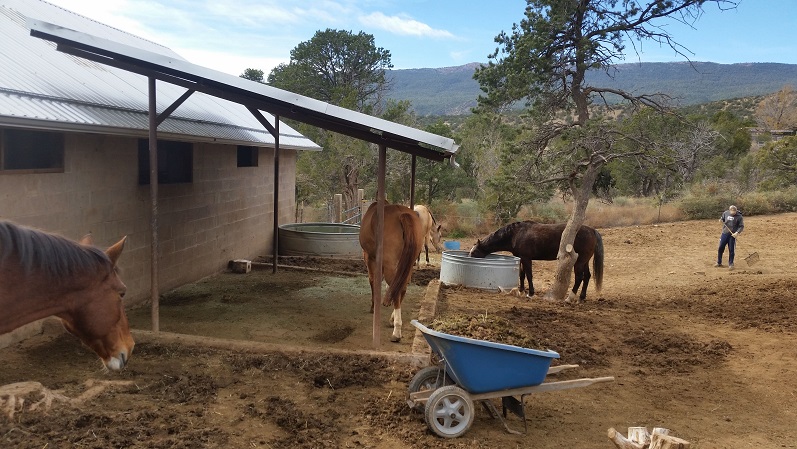 Everyone is back in. 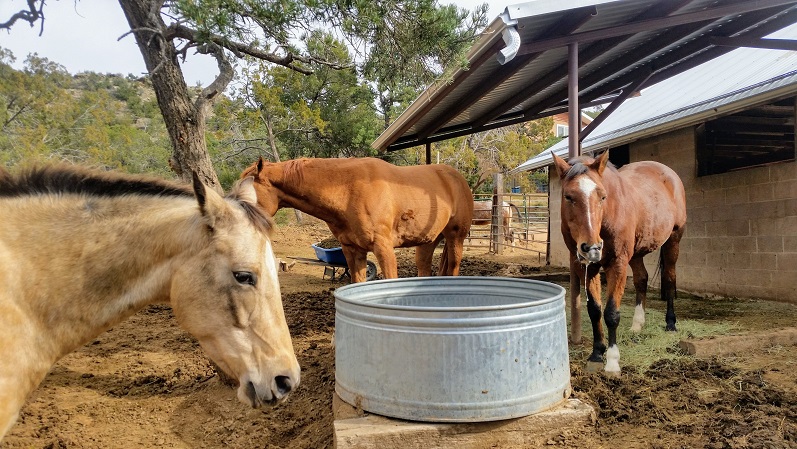 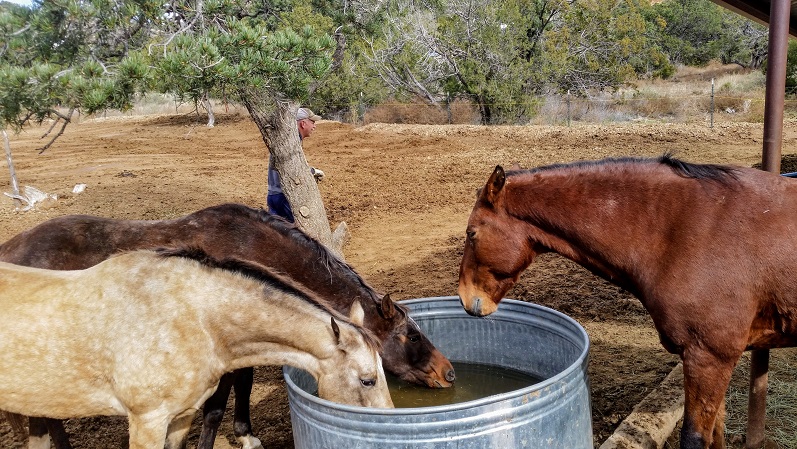 They drank in rank order.

If LT does not have to deal with Cometa or Penny, she tends to be herd boss, and she is a reasonable sort. She likes almost all other horses.

Penny has a more authoritarian style and is super bossy and over aggressive, unless she is with Cometa, who helps her keep a lid on it.  If Indy is without the three above her, she follows in Penny’s style.

Atti (age 3) LOVES to have company to touch (annoy?), but she is beginning learn leadership skills.  She is the boss of Hershey, gelding (10?); Durango, gelding (16),  Lucy, still a mare and still two and Ellie, mare, three. 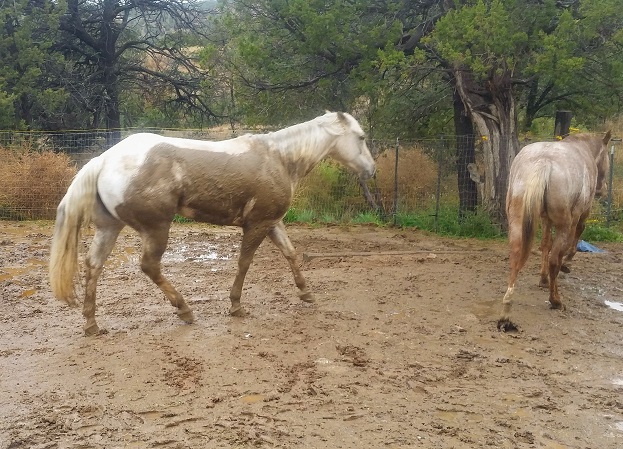 Atti practicing to be Boss Mare by moving low key Lucy around. Atti got covered in mud earlier when she tried to boss Lucy, but instead slipped. 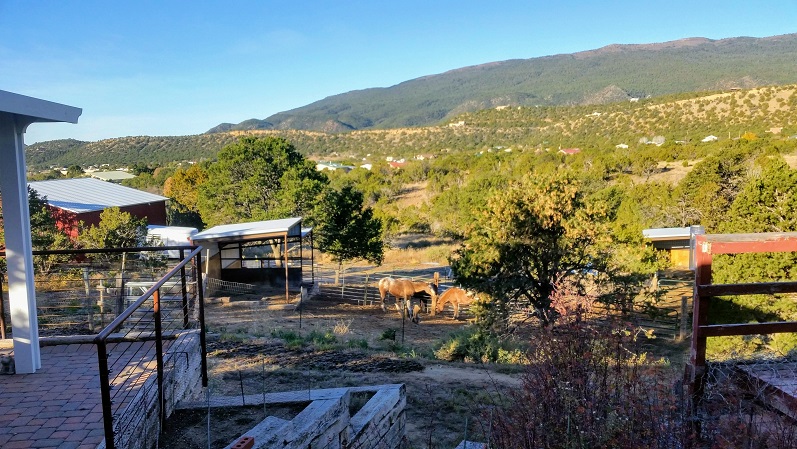 “we like each other,” says Hershey. “and the sun,” add Durango and Ellie.

I have a really compatible set of horses right now and it is a lot of fun to work with and also just watch them.

Atti and Lucy, “God willing and the creek don’t rise”, will be the next slightly hairy, herd dwelling horses from Bunny Hugger Stable to go to the World level (2019). It is a year away, but I am already excited!

One Response to “Herd Dynamics”