I have mentioned a few times that we have been having a long spell of dry weather in New Mexico.  Years.

We have had rains this monsoon season, so it seems like things have eased up some, but truthfully, we may be just getting adjusted to a new normal.  It has not been wet enough to turn the drought monitor map green. 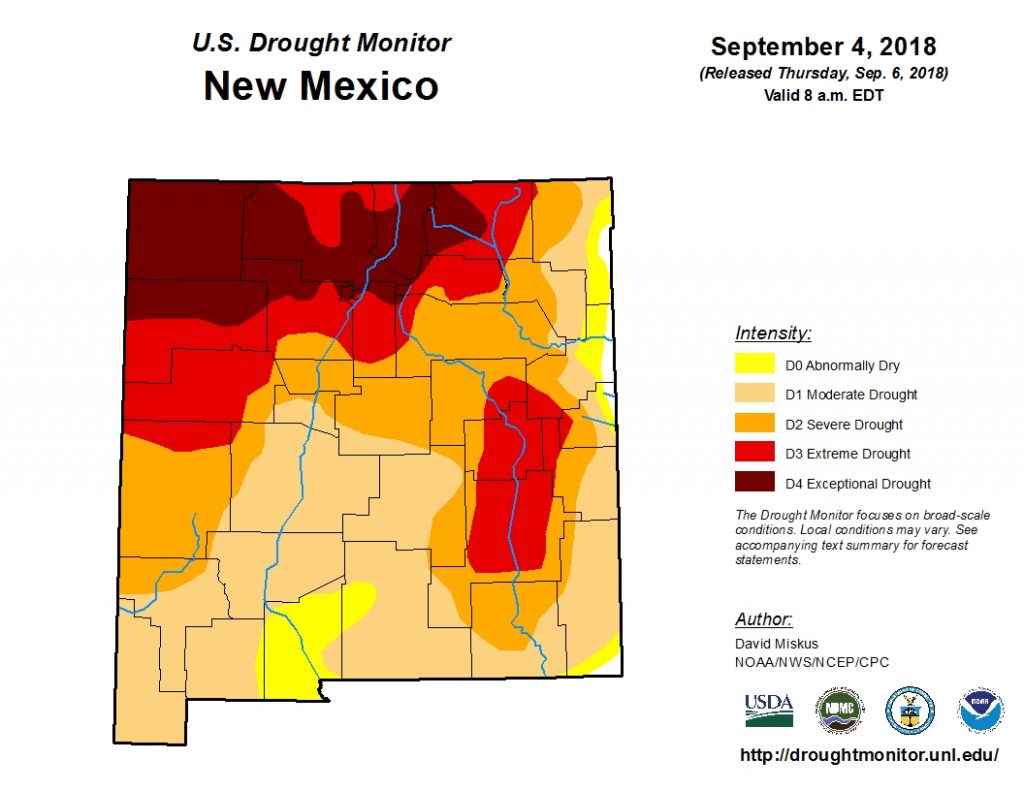 The Forest Service has had reports that Spruce Spring in the Manzanos was not running. This is a developed spring, with a spring box and feeder hose the empties into a water tank.  Back Country horsemen packed in the current tank on Cheryl Nigg’s mule, Joker, many years ago, and we also fixed the spring in June 2017, when a tree had fallen on and crimped the feeder hose.

We were hoping the current problem was something like that, this go around.

Mary Ann and I left the Ponderosa Restaurant with our take-out hamburgers at 1:30 pm (Atti and I had played with cows in the morning, so this was the earliest I could go) and we headed to the Spruce Trail trailhead.

It was just the two of us and three horses for this BCH mission as we were unable to convince anyone else to go in that late on a Friday afternoon.

There was near-flooding along the road, from a storm just passed, up until we got to the Forest, and then it was dry.  That was ok with us, as we didn’t want drive in a downpour or ride on a super sloppy trail.

We packed Cometa with a selection of saws, a shovel, pry bar and some other items.  I rode Penny and Mary Ann took Tulip.We were on the trail just before 3 pm. 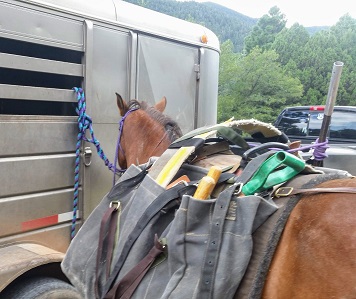 Cometa with the tools.

The air was cool and there were beautiful clouds (and some distant thunder) in the deep blue New Mexico sky.  There were also a few logs on the trail that we ignored and went around, as our mission, which we clearly had already accepted, was to get to Spruce Spring and fix it.

We got there in a little over an hour. 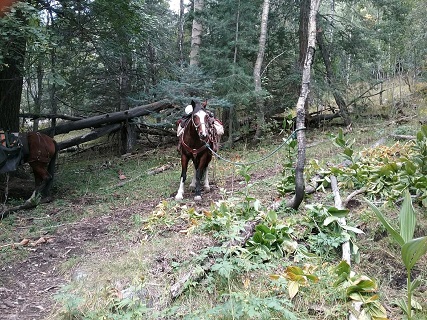 Sure enough, there was not much water coming out of the hose from the spring box, and the hose was not in the water trough.  The hose was not crimped by any down logs, so we were hoping the outlet was plugged… 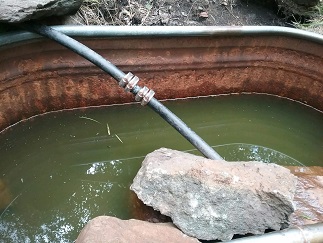 We put the hose back in the trough, but that did not magically make water come out.

To find out, we had to open the spring box.  The lid of that thing must weight about 100 pounds.  The two of us could not lift it.

But then we thought of the pry bar. 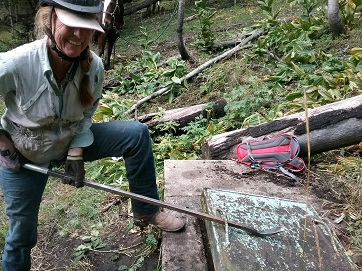 The amazing concept of “leverage”! Photo by Mary Ann.

Inside the box was bad news.  There water level was low. The outlet was only half in the water. And it was not clogged. 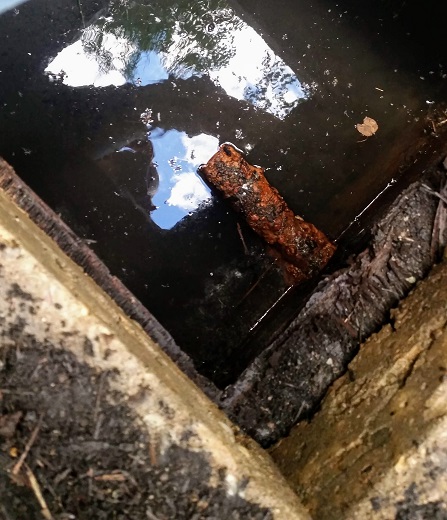 There isn’t really much water in the spring box. The outlet is not under water.

I took off my boots, climbed in the box, and dug around, which was not all that easy as the box opening is not huge and there was enough water in there that soaking my butt as I squatted was a definite risk.  I poked around on the edges and bottom, in the hope of unclogging something. 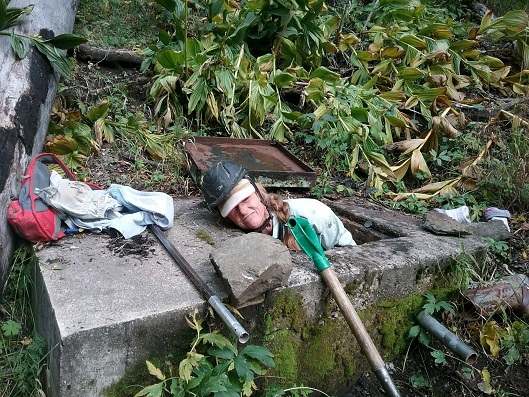 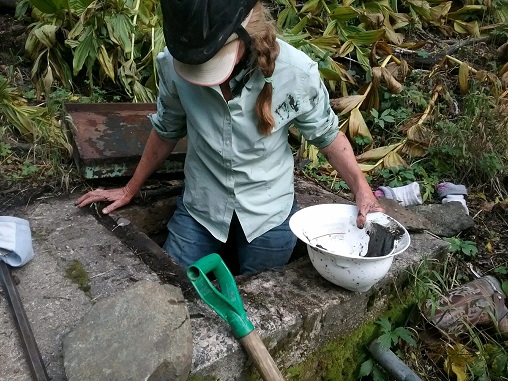 I did not appear to succeed in increasing the flow into the box.  Also, usually, the area around the spring box and the trough is very marshy, but this year it is not. Apparently, the years of below average precipitation and above average temperatures are taking a toll, and the spring is running low.

There was one seeping area below the spring box, and we dug that out a bit to create a small pool.

We also were able to rock that incredibly heavy spring box lid back in place, which made me wonder:  How did the spring box lid get there?  Was the cement added when the box was made?  Were all the materials to develop the spring packed in, or was there a road at one time? No answers fell out of the sky, so, we tidied up and headed down the mountain at about 6 pm.

Riding in the quiet, slanty light of late afternoon is a real treat.

And we saw a rainbow, but did not get rained on. 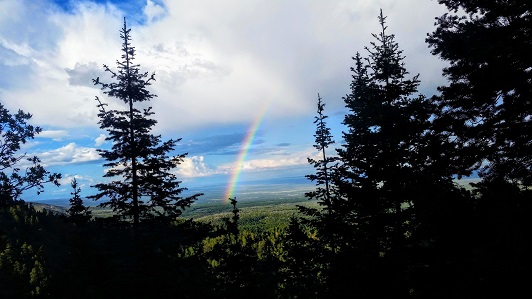 2 Responses to “Spruce Spring in Drought”