Two shows in one week!  One in Oklahoma! 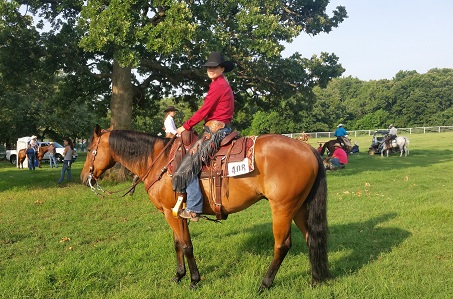 Jordyn and Slick getting ready for AQHA Youth Ranch Versatility Trail in green (and really humid and awfully hot) Oklahoma.

We had an New Mexico Appaloosa Club Appaloosa and All Breed show over the weekend, and Judith Huchtons’s Atti (She Has Attitude) took a long while to adjust to the new venue.  I have boot scabs from where my boot rubbed my left calf during the extensive settling in period to prove it, and I think I was more worn out that she was.  But, she got there and we had a really nice go in Junior Trail, earning 1.5 national points.

On Sunday, I had hoped she would be more relaxed, but she was refreshed and while she did complete all her pattern classes correctly and without refusing (improvement from Colorado!), I did not have the softness of Saturday.  Also, she was the only junior Appaloosa entered, so we did not get any points, but we had fun riding with the quarter horses: Natalie and her amazing gelding and Taylor and her two youngsters.

Next year, I will hopefully have two junior Appaloosa mares (Lucy-my new 2-yr old–coming SOON from Canada, and Atti) so they can compete against each other in most of the ranch classes! 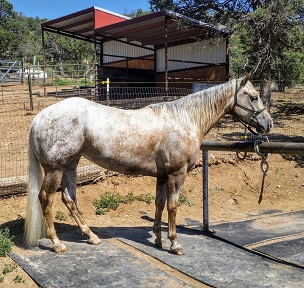 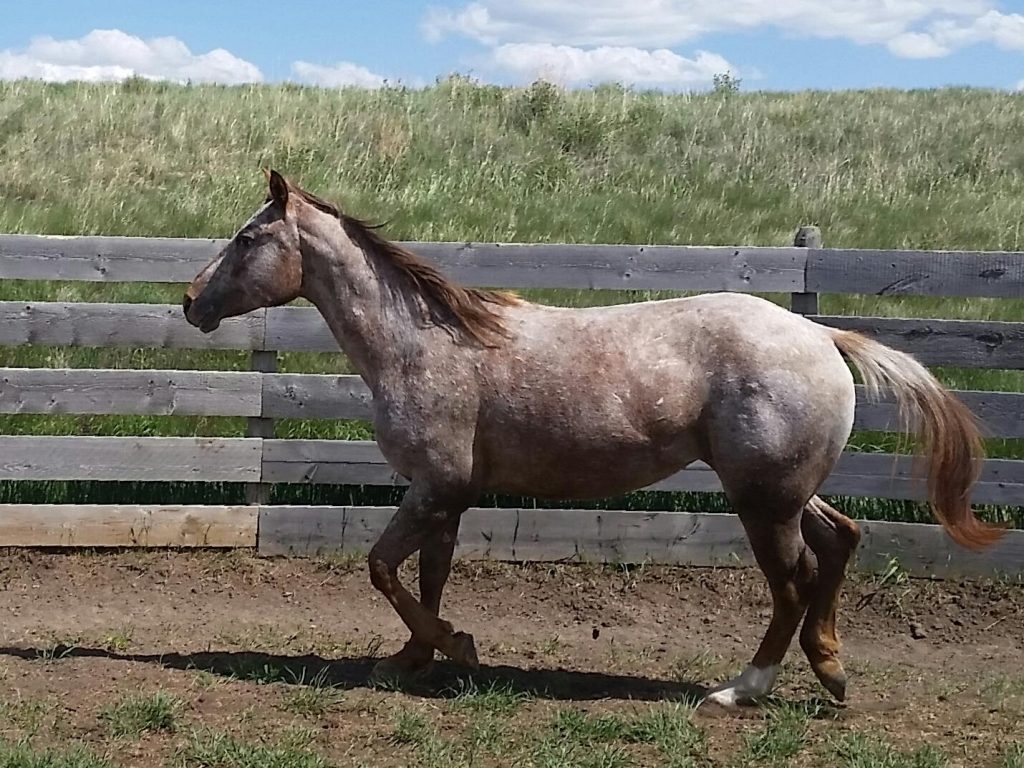 Jordyn came to the NMApHC show on Sunday with Slick and won the youth Ranch Trail and the Senior Ranch Trail, which was well-earned and a nice mental boost, since we were preparing her for the Versatility Ranch Horse World show on WEDNESDAY!

We left on Tuesday at 6 am. 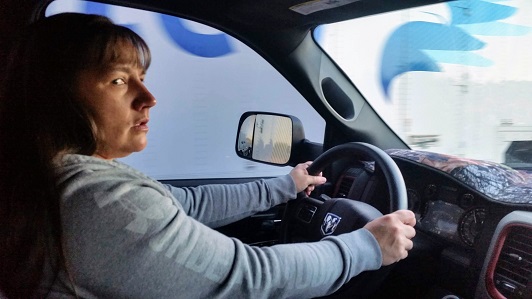 I mostly kept Karen company except for the part where I was being a bobble-head and snoring…. She drove the whole way. 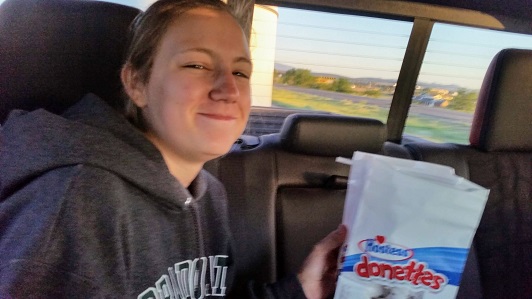 I don’t think we need a caption here.

It was about a nine hour drive to venue: the Lazy E Ranch. Wow. Nice! 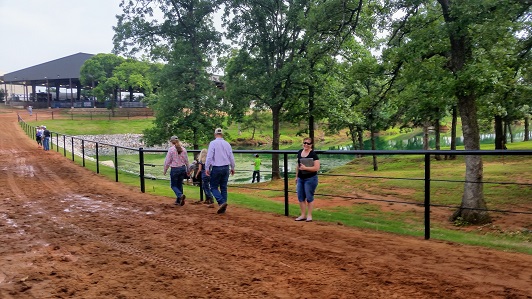 Trees, grass, ponds, beautiful arenas, three great trail patterns in the pastures, and HOT and HUMID! We were a little sweaty most of the time.

The ranch trail patterns were out in fields (really great settings) and open for practice on Tuesday night. This allowed Jordyn to get Slick acclimated and comfortable.  Slick was a bit wound up with all the newness, but he has a wonderful temperament, is really well suited to this event, and has a talented rider that loves him.  We worked through a couple of things on the course, bathed him, and put him to bed.

The next day, they were ready! Their class started around 8 am.

The video could be a little better, but I was trying to watch and video at the same time!

After their run (25th rider out 31), and having watched a good number of other gos, I was very excited to see the results!  How long could it be?

No results were posted ALL DAY LONG!  AY!

The show was set up so that there was to be an awards gathering at the end of each day.  The idea being, I think, that it would be a fun social gathering and great for camaraderie.  This show turned out to be a really big show with over 2600 (yes, 2600) class entries over the week.  The awards gathering was in the Cantina and was standing room only.  It lasted over two hours, so we did not find out the results until 8:30 pm, nearly 10 hours after her run.  (We were forced to have a margarita towards the end there.  Forced, I tell you.)

That was a very long wait.

It was worth it though! 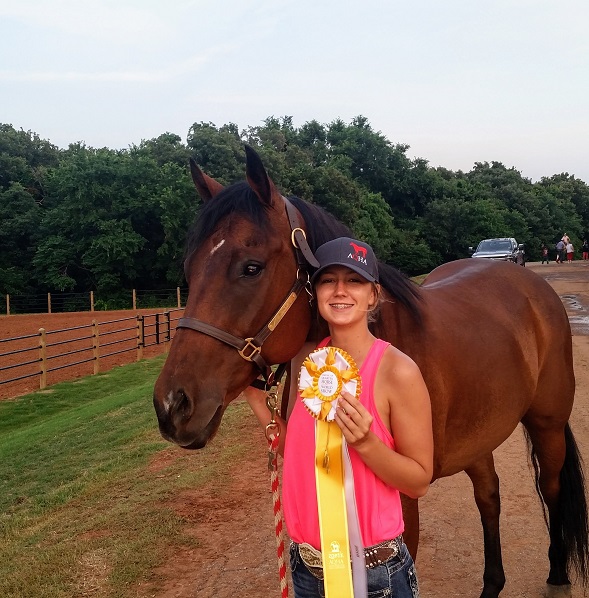 Numerically, she actually tied for second but got bumped to 3rd on the tie-breaker judge.

Results, if you want to see them.

One of the judges for Jordyn’s class, Delena Doyle, is also going to judge for NMApHC’s Red Hot Ranch Horse Challenge in August.

We DID NOT run out of gas as we crossed into NM on the way home, Thursday! We had about 5 miles of life left. 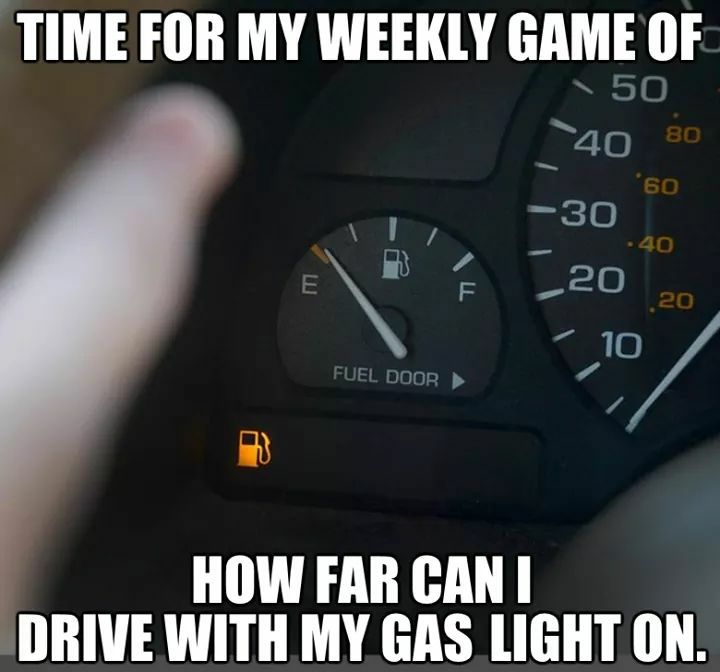 One Response to “Show Week or Jordyn and Slick, Rockin’ it!”