I had hoped that Indy would be my versatility ranch horse girl, 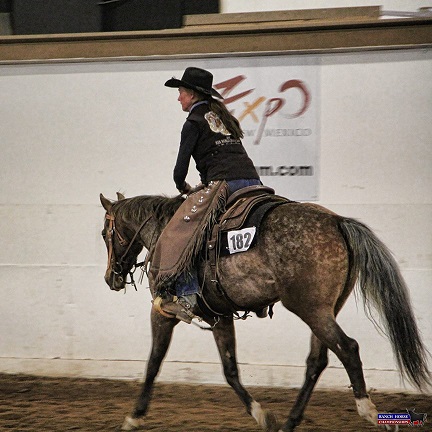 but even after her bone chip surgery, her hock is disagreeing with that plan. There is a cartilage deficit due to the bone chip and it just doesn’t feel right to her. (I have cartilage deficits myself due to multiple soccer-related injuries, so I am empathetic!)

She will trot and walk out under saddle without any apparent discomfort, but despite a hock injection, chiropractic, and acupuncture, she still does not wish to lope freely and is uneven on stops and roll backs.

I had the vet out this week to check teeth, give shots (I cracked and paid him to give shots) and get a health certificate and Coggins Test for Atti for our upcoming show in Colorado (going to be fun!)

Indy, Penny, Durango and LT did not need any dental work.  Cometa has a bit of a wave to his teeth that was smoothed out.  Attie had a few baby teeth tops (called “caps”) that needed to be popped off. 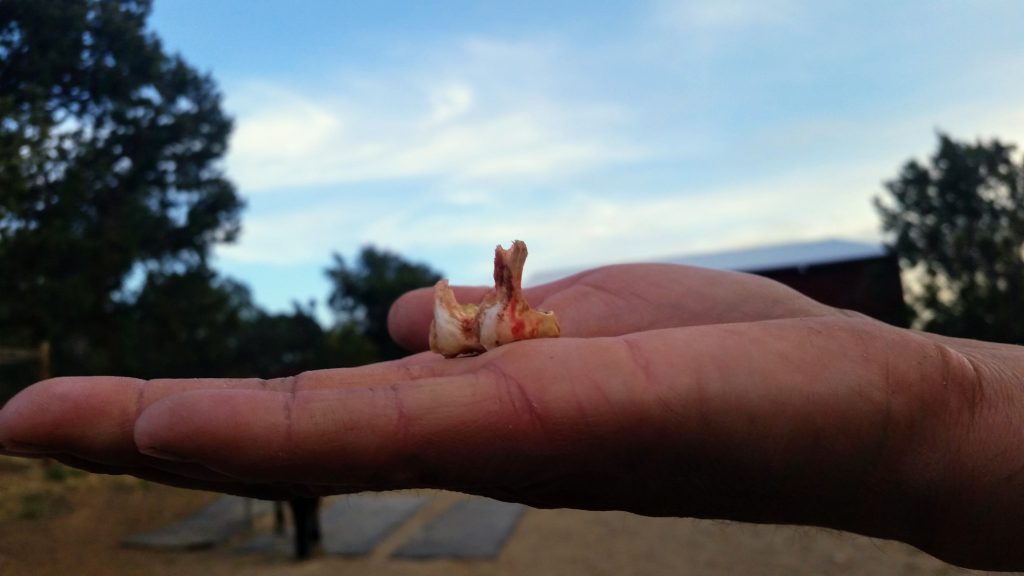 A cap from Atti. That must have been bugging her gums!

He also gave a flex test to Indy.

I already knew she was going to fail, so it was not too gut wrenching.  It was also good to have independent, certified medical confirmation of what Ed Krauss and I had already seen.

Dr. Dixon thinks she will be fine for walk-trot trail work. We mostly walk in the back country, and Alleve works on my creaky parts, so I can use an equine equivalent, like bute, now and then, if she needs that.

It is really disappointing because she was coming along on cows and has a lot of eye appeal under saddle (See above!  So cute!)

I could sell her, but that just makes me want to cry, so she has a stay for now.

I could breed her, but bone chip formation can have a genetic component, and besides LT and Penny are the ones with proven show records.

But what to do for a cow horse for me?

Re-enter LT.  She is officially unretired and we will have a go at cutting.  I worked her on cows last week and, oh my, she is (at the ripe old old age of 8) still the cowiest and most athletic horse I have ever had the pleasure to train! She locked in on the cow and loaded up on her hind end like a coiled spring, ready to turn as soon as the cow twitched.  She can bust a move! It will be a lot of fun to concentrate on cutting with her.  She is not much of a versatility horse though, as she really seems to hate the class Ranch Trail.  And ropes.  She is not a fan of ropes.

She was my mount for this weekend’s  Back Country Horsemen project in the Manzanos mountains, though! She can also pack, if she has to. 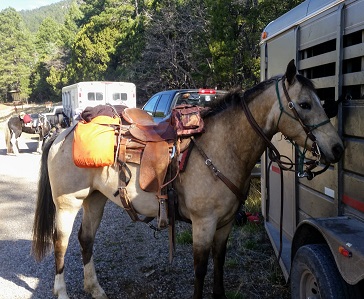 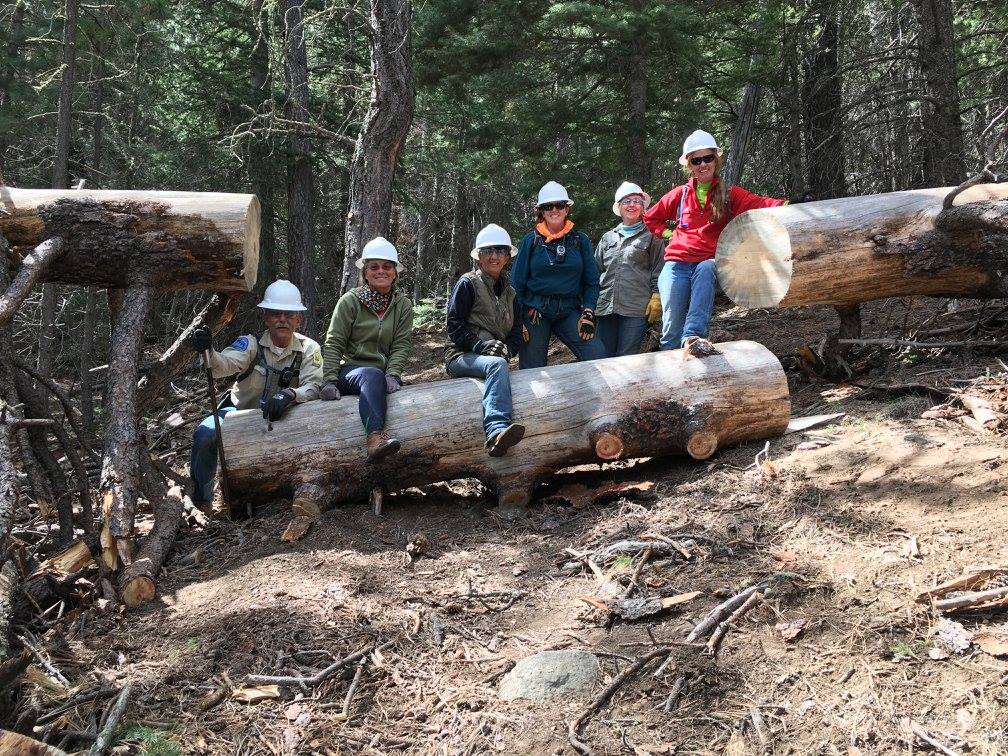 We cut some big trees with our hand tools! Richard, Sandy, Elisa, Amber, Mary Ann and me. After this, we rolled the log off the trail. It was very satisfying. Photo by Abby Edmiston.

I am looking around for one more young horse to give the ranch versatility world another try. I have my eye on a couple, but until I gather more info, I am keeping the details under my hat.  I confess, though, I am starting to get excited!

Callies Star Chapter 2 coming soon! But I found some plot issues that I might have to fix–or else leave even though they are totally improbable…

2 Responses to “The Latest Plan”