I was at cutting horse trainer Ed Krauss’s with my my dog Coulson, and he suggested I have Coulson tested for herding dog potential.

I thought that sounded really interesting, and so we did it.

Coulson took to Kyle, the dog trainer, right away. 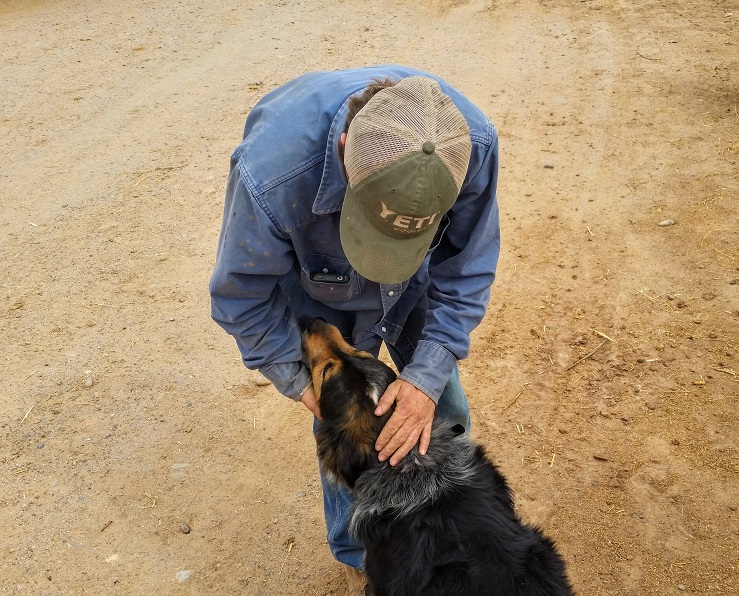 That is, until Kyle asked Coulson to go into the arena with him, and without me.

I have spend a bit of time telling Coulson to stay out of arenas and he was pretty certain that this going with Kyle into the Forbidden Zone was a trap. A trap I tell you!

So, he put his ears back, his tail down and he skedaddled!

I called, which stopped him.  He came almost all the way to me, walking slowly and very low to the ground. But he didn’t object when I put a leash on.

He did mind following Kyle into the arena, so Kyle suggested I come, too. 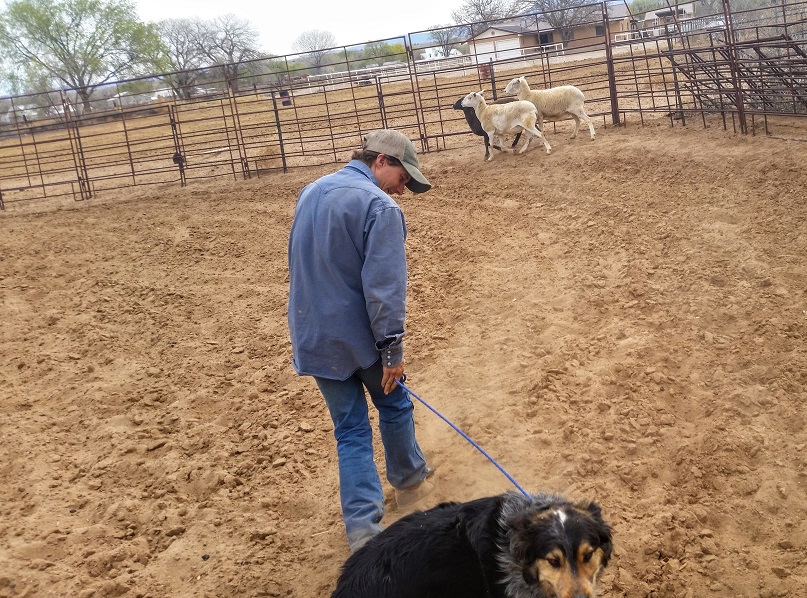 “this is a very bad idea,” Coulson said, but Kyle kept saying, “Come on Coulson!”, in a calm and encouraging voice, “Let’s get the sheep.” 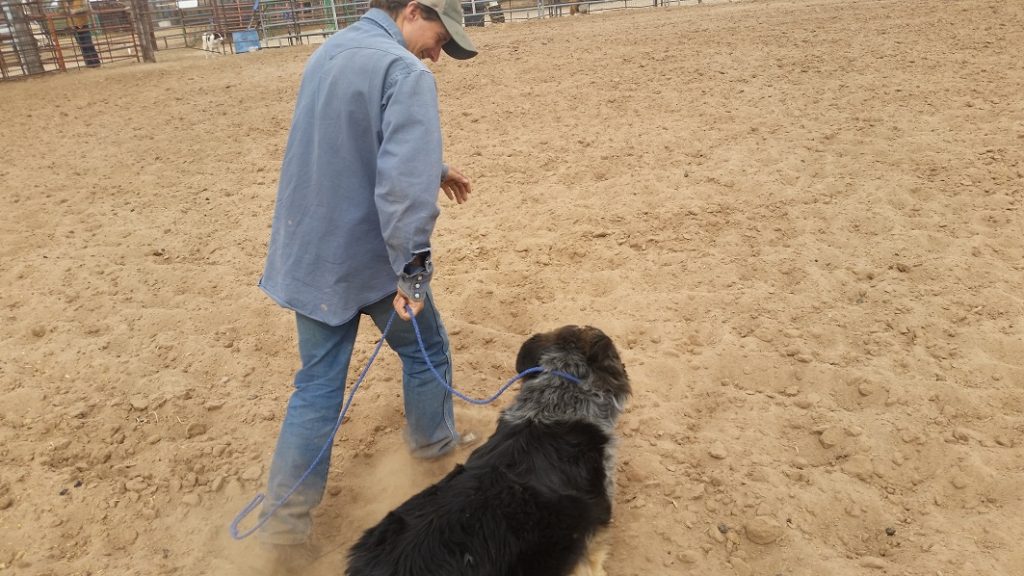 “well, u seem nice, but i do not know what u are talking about with this sheep thing”, says Coulson.

Then, all of sudden, Coulson’s body position and focus changed completely. He stopped looking to me, and only saw SHEEP. He got it. 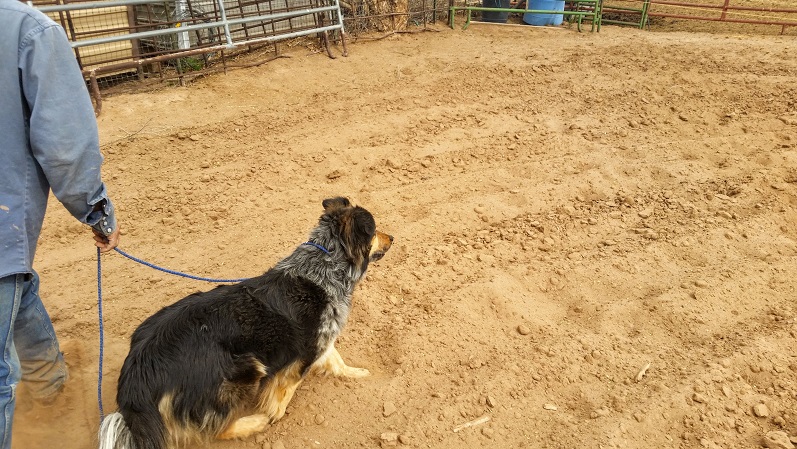 Kyle took off the leash and Coulson, with his ears forward and eyes locked in, tore off across the arena, toward the sheep. 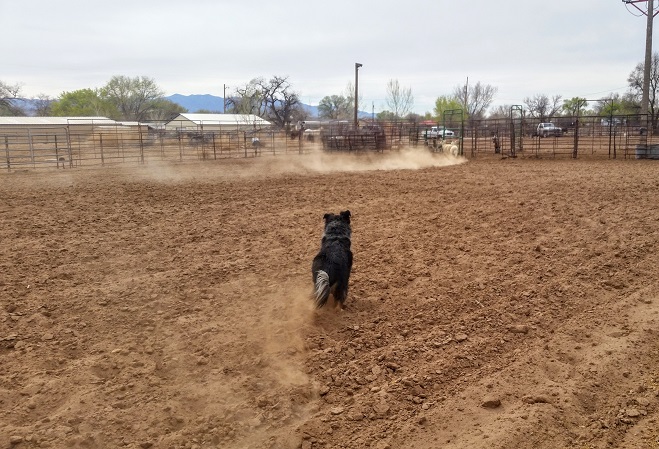 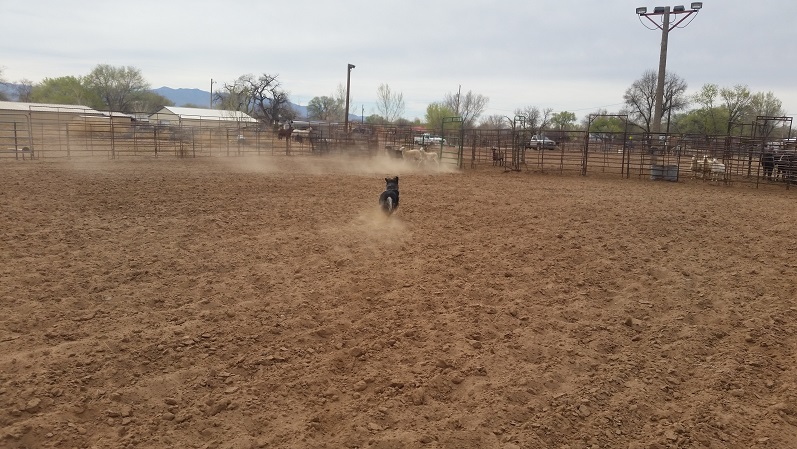 The sheep did not find this very amusing and bolted, with Coulson apparently thinking that chasing down sheep for lunch would be marvelous–both the chasing and the lunch.

He was running full out, peeled one off the bunch, and he got a mouthful of fleece. I cringed. Pretty sure sheep herders frown on biting the ovines. 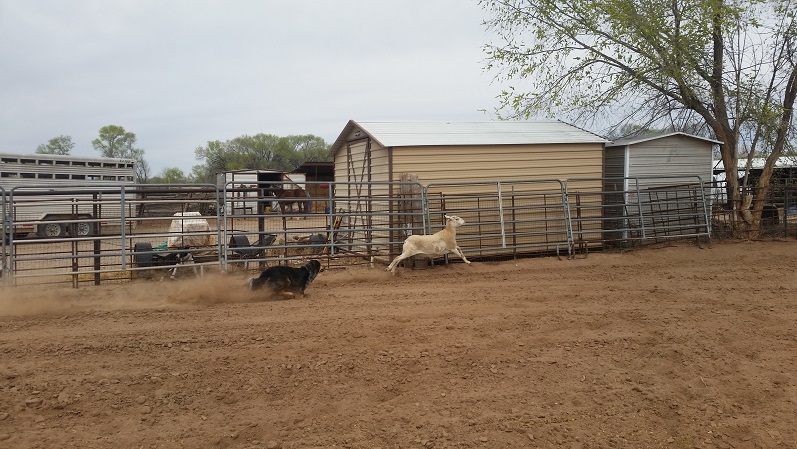 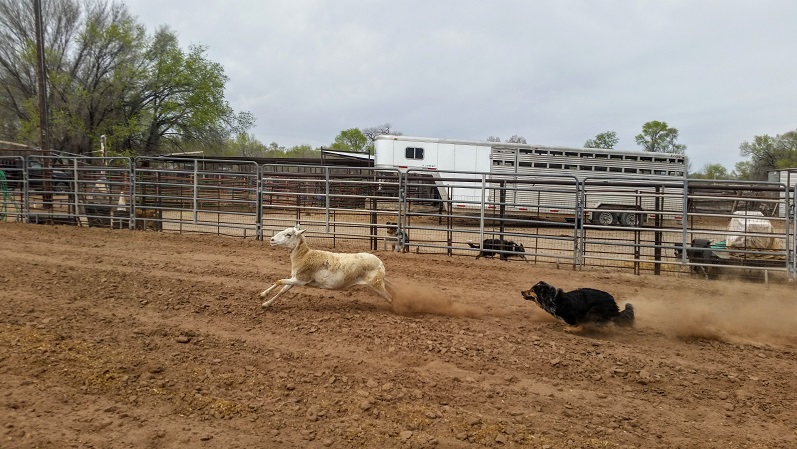 Coulson is a pretty laid back dog, so it was surprising to see this intensity!

The sheep understood that going to Kyle was the safe place to be, and when all three got to home base, with Coulson on the case, Kyle worked the dog back and forth. 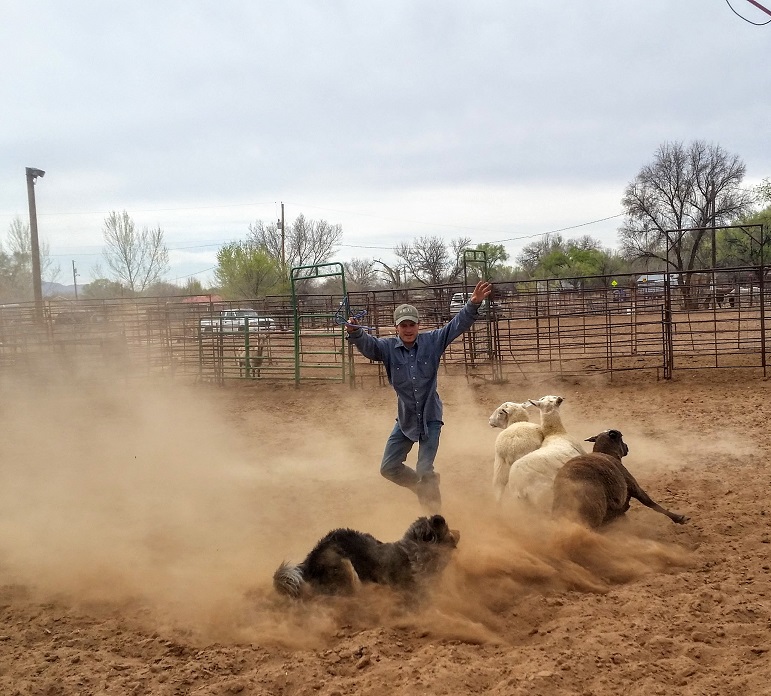 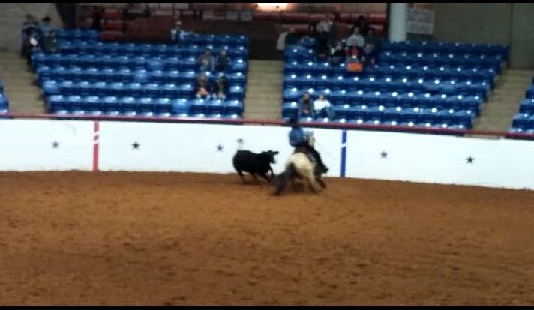 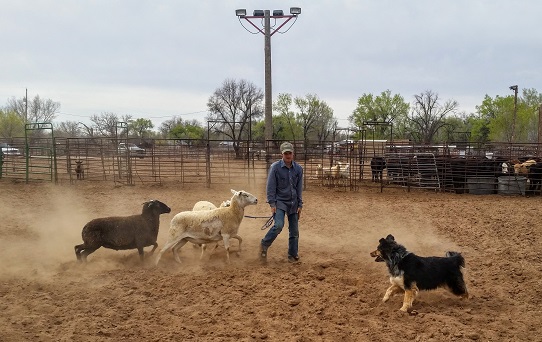 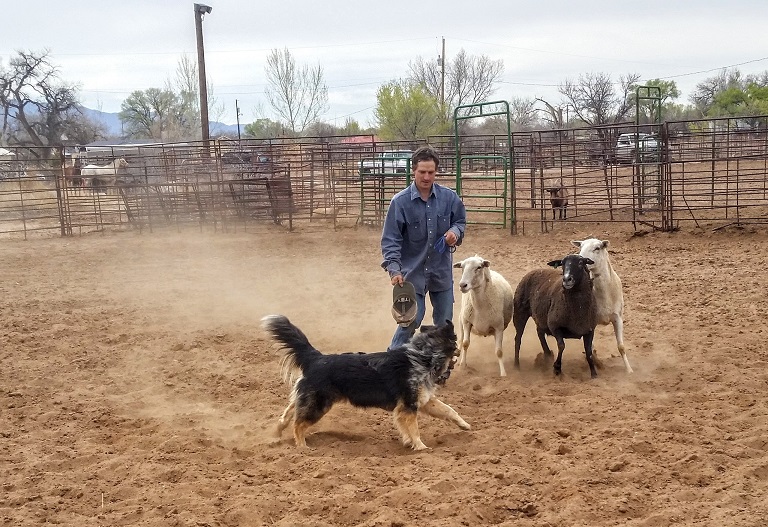 Good dog!  Check out the background! Atti and Checkers are waiting their turn to work cows!

Coulson went at 100% with no loss of intent until finally Kyle said something like “that’s enough” a few times, and told Coulson to sit.

But he did lay down and was very still while Kyle put the leash back on. Coulson was grinning!

He passed the Instinct Test!  He was a bit higher on the predator side and lower on the herding side.

Coulson would be suited for arena herding work and like training cow horses, training herding dogs can take a long time.  Dogs even need to learn to roll over their hocks to work sheep like horses do when working cows!

Speaking of horse-like dog behavior, Coulson can do a pretty impressive reining horse style slide down the hallway when playing catch in the house.

Herding sports look like a lot of fun and it was fascinating to watch the test.

So much to know and so little time.  I think that time is going to get spent on cow horses, though!

2 Responses to “The Instinct Test (for dogs)”