I have been looking for data on vaccine efficacy and longevity of immunity for  tetanus, West Nile virus, rabies, eastern and western equine encephalitis and equine herpes virus (rhino), so that I could make better informed vaccination decisions for my horses. Turns out there is not very much in the way data detailing the length of immunity produced by the vaccines.

Tetanus.  This is caused by toxins produced by the bacterium Clostridium tetani, an organism is found in the soil, horse intestines, fecal matter.  It is every where!  It can cause the disease when it enters a wound (even a really tiny insignificant wound).  Uninoculated  horses infected with this organism have a 75-80% death rate, and should they survive, recovery can be long.

The toxin that causes the problem is called tetanospasmin and it is one of the most potent toxins known.  In humans only 2.5 ng (that is a billionth of a gram)/ Kg body mass can cause death, although only about 20-30% of people that are infected die. 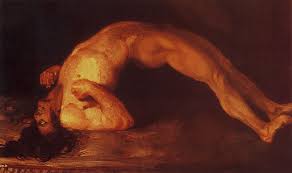 CDC graph of tetanus cases in the U.S.

Human cases have steadily declined since the 1900’s due to better wound care followed by a vaccine that was introduced in the 1940’s. Almost all cases seen now are in the uninoculated or those who have gone more than 10 years since a booster. (When was my last booster?! Ahh!)

The American Association of Equine Practitioners (AAEP) page on tetanus cites a study showing that protection against the tetanus toxin in horses remained high for six months after vaccination, but says longer term studies do not exist!

What?  Really? Then how do we know how often to vaccinate if there is no data? Cuz the vaccine maker said so? Seems like the fox might be guarding our chicken house full of $ we need to spend on vaccines.

A 1979 study I found from Europe indicated immunity to the tetanus toxin could persist for 128 months and with a booster, for an additional three and half years.  BUT that was not using the vaccines commercially available  in the U.S.

Zoetis (formerly known as Pfizer) markets a vaccine in New Zealand and Australia called Equivac-t that has the following recommended schedule: 1st shot, second shot in four weeks, third shot in one year, and then vaccinate every five years. I suppose this vaccine has not been approved for use in the U.S. by the USDA?

In the U.S. the AAEP recommends yearly boosters for tetanus. There are tests (or at least one I found) you can purchase to measure tetanus titer levels in horses, so that could be one way to see if you really need to boost your horse yearly. You might have to order from Germany…

It’d be kind of nice if there was titer data somewhere easily accessible!

West Nile Virus.  In New Mexico in 2012 there were 46 human cases of WNV, 10 veterinary cases (most likely horses as 96% of non- human mammal cases are horses), and 20  mosquito samples tested positive. 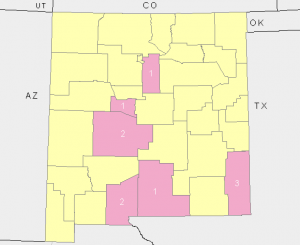 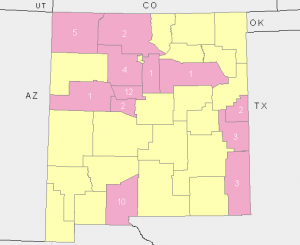 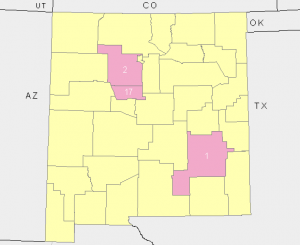 These maps are from The USGS disease maps site.  Very cool.
In WNV challenge infections of unvaccinated horses, 90% became infected, 40% developed clinic signs of disease and 10% of those died.  Thus, 3.6 % of uninoculated horses might be expected to bite it if they got infected.  Forty percent would need treatment.  (Read $$$$)
As far as the fox guarding the chicken coop goes, Zoetis says,“Efficacy of the West Nile fraction was demonstrated in horses that received two doses of the vaccine and were challenged one year post-vaccination with WNV. The vaccine protected 95% of the vaccinates against infection, while 82% of the controls were viremic.” In other words, the vaccine worked at one year post inoculation.  Data! Yay!

Rabies.  I kind of lied about Rabies. Although not common in horses (because most dogs are vaccinated and many horses  are too–thus protecting the unimmunized–herd immunity!!), if contracted, rabies is 100% fatal.  The vaccine works, and the recommended vaccination rate is once every three years according to Albuquerque Equine.  The balance between cost, protection and possible side effects seems skewed to “JUST DO IT”, so I did not look for any additional information.

Eastern Equine Encephalitis does not, and apparently has never, occurred in NM, but there were numerous veterinary cases (pink on this 2012 USGS map), as well as human and mosquito cases (not shown) East. (Yellow show states where it has historically occurred and white shows areas where it does not occur) 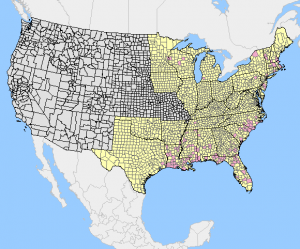 I also looked at maps for Western Equine Encephalitis back to 2007 and there were were no human, veterinary or mosquito cases in 2011 or 2012, but there were positive mosquito samples in California and Nevada in each of the other years. According to the AAEP, WEE has not caused many problems in horses for nearly two decades, but mosquitoes are still testing positive (as evidenced by the USGS maps).  In addition, the virus does mutate so new strains may develop, necessitating new vaccination.  The recommended dosage is once per year (after the initial series).

Equine Influenza.  According to the AAEP, 100% of naive horses exposed to the flu will get it, and it will spread rapidly. Horses aged one to five are most susceptible.  The intranasal vaccine provides protection for up to one year although it is only rated by the manufacturer for six months.

The horse immune system (well human, mouse–all of them) is an amazing and complex system!  In the case of flu, it turns out the intranasal vaccine may be the best because not only does it promote the production of antibodies that circulate in the blood, but also antibodies that line the mucosa–just the spot where this virus likes to find and enter the cells it infects.

According to Wikipedia, horses competing in FEI events in Europe must be vaccinated every six months and have a card to prove it.

Geez, now I think I should go intranasal on this one! Maybe I’ll throw in a tube worming at the same time for good measure because the vet would have to do the intranasal flu thing.  Or maybe not…it does not look too hard! And maybe I could order it on line. 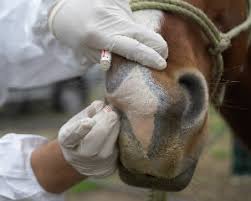 Rhino (or Equine Herpes Virus 1).  This is a DNA virus and once the horse is infected, in 80% of cases, the virus will embed in the DNA of some cells and lay dormant.  Thus, it can be a  life long infection. Unfortunately, even when infected naturally and embedded, immunity in horses seems short-lived (3 months).

This virus is everywhere horses are though, and on the plus side, according the AAEP, mature horses have been repeatedly infected and this bolsters their immune response, so they do not usually develop serious disease.

Chicken pox in humans is also a herpes virus and it also embeds in our DNA, sometimes reappearing as shingles later in life.  EHV does not reappear as shingles in horses, thank-goodness–after all EHV is a respiratory virus (Ok there are some brain-releated cases) whereas chicken pox likes to embed in neurons of the peripheral (not brain or spinal cord) nervous system. 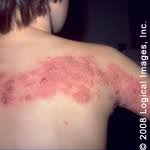 Horses under two are most prone to EHV infection and according to most sources I read, vaccination doesn’t produce strong immunity and doesn’t do a very good job at controlling either the respiratory or the neurological disease.  More than one source recommended eliminating this vaccine.

Here is an except from the Veterinary Extension Service in South Dakota, May 2011. “Not all vaccines have published data supporting efficacy, and studies on the same vaccine sometimes have produced inconsistent results.The ubiquitous nature of the virus and propensity for the virus to become latent makes it difficult to study groups of animals that are similar immunologically. A recent review of EHV vaccines was unable to draw any conclusions about vaccine efficacy.”

The article goes on to say that the vaccines do seem to work, right after saying they didn’t, though…

On the other hand, newer vaccines for EHV are being developed that may end up being really great! And of course (**disclaimer disclaimer**), I am not the source you should consult for vaccination decisions!  Talk to your vet!

So, finding all this out was rather time consuming!  But kind of interesting too.  Now I can go buy my vaccines, and at least have reasons!